Accessibility links
Mexican Beer Dermatitis: Scourge Of The Beach Bum And The Proper Lady : Shots - Health News A dermatologist warns that the way some people drink Mexican beer with lime juice may be responsible for the disease's spread from the usual spots to more unexpected places, like chests and bellies.

Mexican Beer Dermatitis: Scourge Of The Beach Bum And The Proper Lady

Mexican Beer Dermatitis: Scourge Of The Beach Bum And The Proper Lady 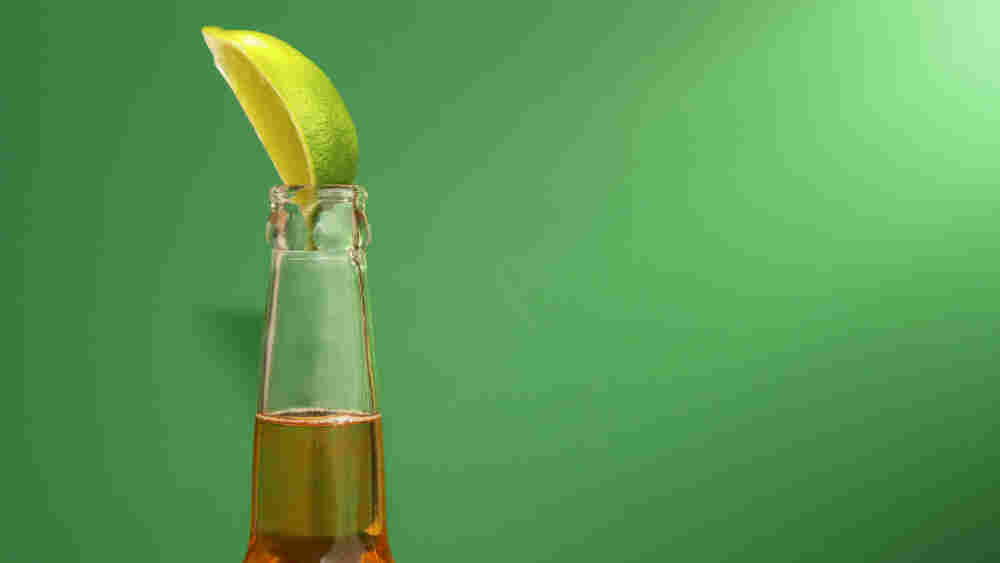 A centuries-old skin condition -- phytophotodermatitis -- got a much cooler name this week: Mexican Beer Dermatitis.

Phytodermatitis happens when lime juice on the skin meets major sun exposure. It can turn hands and arms splotchy red or brown, swell, and cause pain lasting for weeks or months. Think bartenders and vacationers mixing mojitos at beach bars without washing their hands afterward.

But in the latest Archives of Dermatology, Dr. Scott L. Flugman warns that the way some partiers drink Mexican beer with lime juice may be responsible for the condition's spread from the usual spots to more unexpected places like chests and bellies.

Flugman's main concern is the spray.

"...[W]hen the beer bottle is inverted, the carbonation in the beer frequently causes a mixture of beer and lime juice to spray from the bottle despite the drinker's attempt to seal the bottle mouth with the thumb. This common drinking practice may result in lime juice being sprayed over a wide area of skin, especially in a patient who is shirtless by a beach or pool," he says in the article.

The problem is, he notes, Mexican beer dermatitis could be mistaken for other things -- like child abuse or jellyfish stings -- because it's found in unusual places.

As our health blogger Scott Hensley points out, we've heard about this disease before. Back in 1986, they called it Club Med Dermatitis.

And Philip Shenefelt, an associate professor of dermatology at the University of South Florida, tells the Orlando Sentinel, it's not just limes, but other citrus fruits, too, that can cause the skin reaction.

Even proper ladies of a bygone era who used bergamot perfume got phytophotodermatitis, he says.

How to avoid the condition? Just wash up.