Accessibility links
Diabetes Rates To Soar Unless Americans Get Weight Under Control : Shots - Health News The obese, those who don't exercise or have poor diets, those with a family history of the disease, and racial minorities Most at risk for Type-2 diabetes are most at risk for diabetes. Also, the risks increase naturally as we age.

Diabetes Rates To Soar Unless Americans Get Weight Under Control

Diabetes Rates To Soar Unless Americans Get Weight Under Control 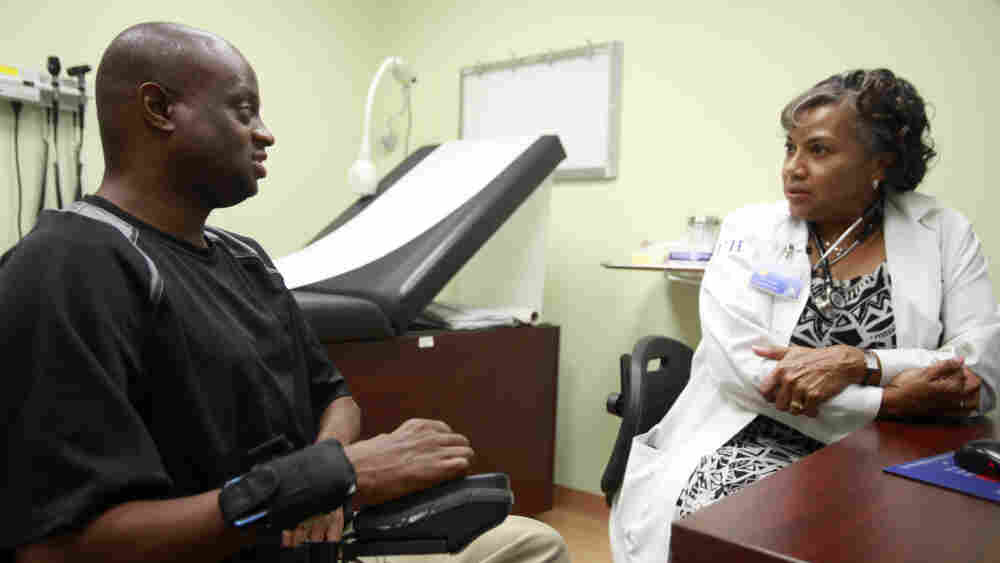 Without more trips to the gym or a serious shedding of those extra pounds, up to one-third of American adults are on the way to becoming diabetic by 2050.

That's according to a new projection out today from the Centers for Disease Control and Prevention.

One in 10 American adults already have Type-2 diabetes -- that's 24 million people whose bodies don't process insulin - the blood sugar regulator- very well. That in turn can lead to other, more serious health problems, like heart disease and stroke.

Most at risk are the obese, those who don't exercise or have poor diets, those with a family history of the disease, and racial minorities. Also, the risks increase as we age.

The treatment for this kind of diabetes is bringing weight down, and eating a better diet, in many cases. And health apps can help, although we're not really using them much.

As we now know, there's no quick fix. Some pills boost our risk of more health problems.

The projected jump in diabetes cases has health officials worried about the country's bottom line -- and an already stressed health care system.

"Diabetes, costing the United States more than $174 billion per year in 2007, is expected to take an increasingly large financial toll in subsequent years," the report says.