Accessibility links
Forensic Psychiatrists Don't Favor Some Proposed Sexual Diagnoses : Shots - Health News Some psychiatrists are concerned about new diagnoses that would make it easier to give certain sexual offenses a medical label. One effect: People who've served time for crimes could be committed to a mental institution afterward.

When it comes time to throw the book at someone for a sexual offense, there's the law and then there's the bible of psychiatric disorders called the DSM for short. 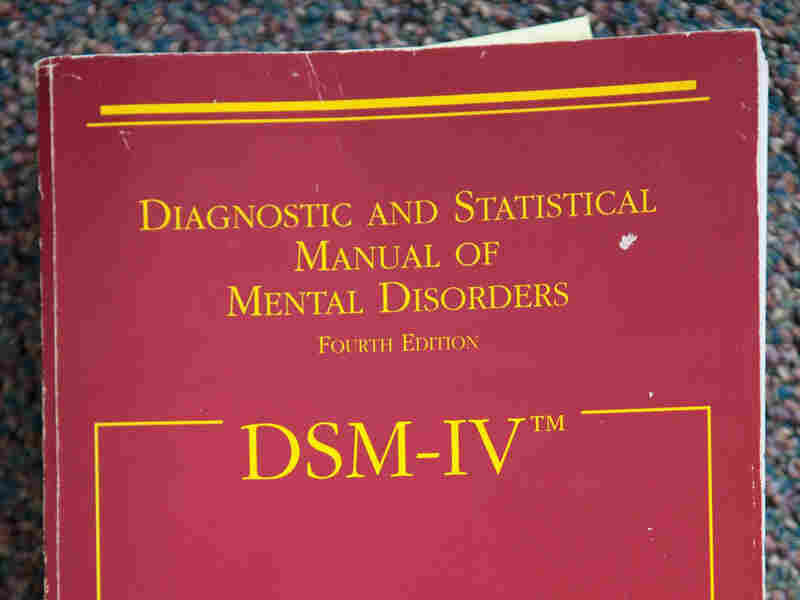 Changes are brewing for the Diagnostic and Statistical Manual of Mental Disorders. Ellen Webber/NPR hide caption 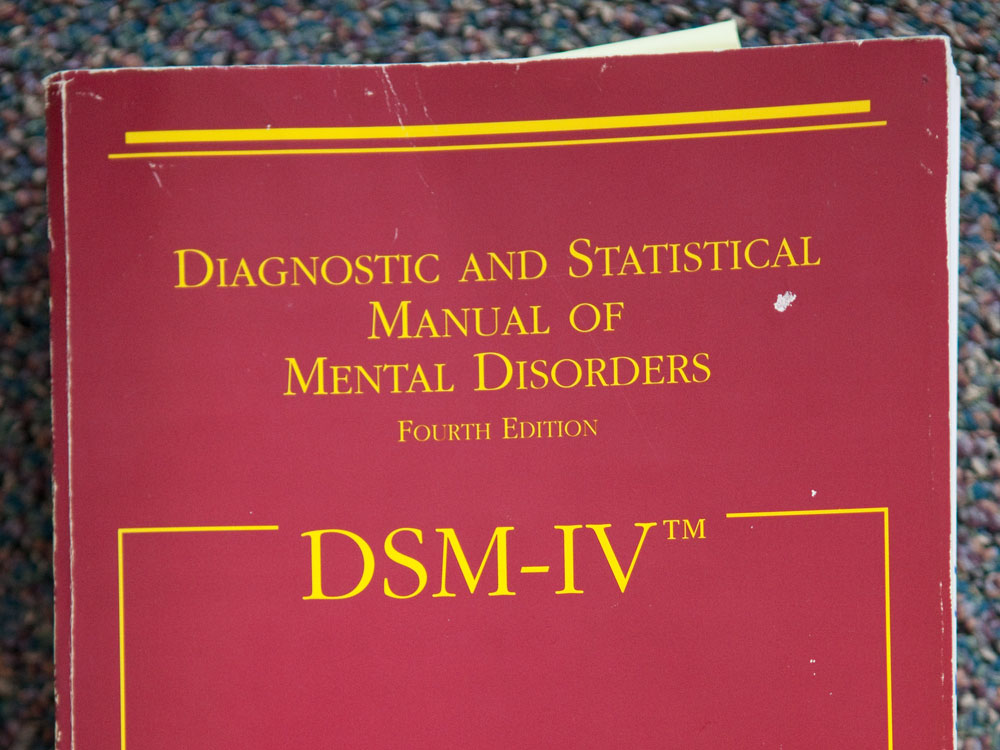 Changes are brewing for the Diagnostic and Statistical Manual of Mental Disorders.

In February of this year the American Psychiatric Association published the list of new mental disorders it's seriously considering for the next edition of its Diagnostic and Statistical Manual of Mental Disorders, the DSM-5, which serves as the official manual of mental disease.

On the list of proposed diagnoses were two new sexual disorders that got a fair amount of attention and, lately, some pushback from psychiatrists who say they miss the mark.

Take Hypersexual Disorder, a problem that would be diagnosed when someone spent an excessive amount of time "consumed by sexual fantasies and urges, and by planning for and engaging in sexual behavior." A proposal that is sometimes mocked by skeptics as teenage-boy disorder.

And then there's Paraphilic Coercive Disorder, which would be diagnosed if someone is aroused by coercing or forcing someone to have sex with them. Some opponents see this as a diagnosis that could be used by rapists as a medical excuse for their crimes.

This past Saturday night a panel of psychiatrists at the annual meeting of the American Association of Psychiatry and Law, overwhelmingly came out against the inclusion of these two disorders in the new manual.

Psychologist Karen Franklin, one of the panelists, tells Shots many forensic psychiatrists feel the diagnoses will be overused during civil commitments. (See her blog post on the debate here.)

What's that? Essentially, after a sex offender serves for a sex crime, a government evaluator reviews the case to see if the person should be released into society. In many states the government can only continue to hold a sex offender who has served his or her time, if in addition to being high risk, they have a mental disorder.

Enter the DSM. Franklin says creating these new disorders will make it easier for the government to hold people who have already paid their dues.

Psychiatrists who argue for the changes say that they aren't motivated by how the diagnoses will play out in the context of civil commitments, they are just following the science. By including the disorders in the DSM-5, it will be easier for therapists to identify and treat the disorders.

But critics like Franklin say that no one who seeks treatment for sexual disorders are turned away by therapists. Also, they're not convinced there's enough scientific evidence in favor of the diagnoses.

The panel that voted on Saturday ultimately has no power over whether the disorders will be included or excluded, but felt that their position should be considered by the people who are running the DSM-5.