Accessibility links
As BPA Levels Rise, Sperm Quality Falls : Shots - Health News A study on BPA exposure in men who work with the it in factories shows that their sperm is less lively than the sperm of men who weren't exposed to high levels of the chemical. But some scientists say don't rush to conclusions. 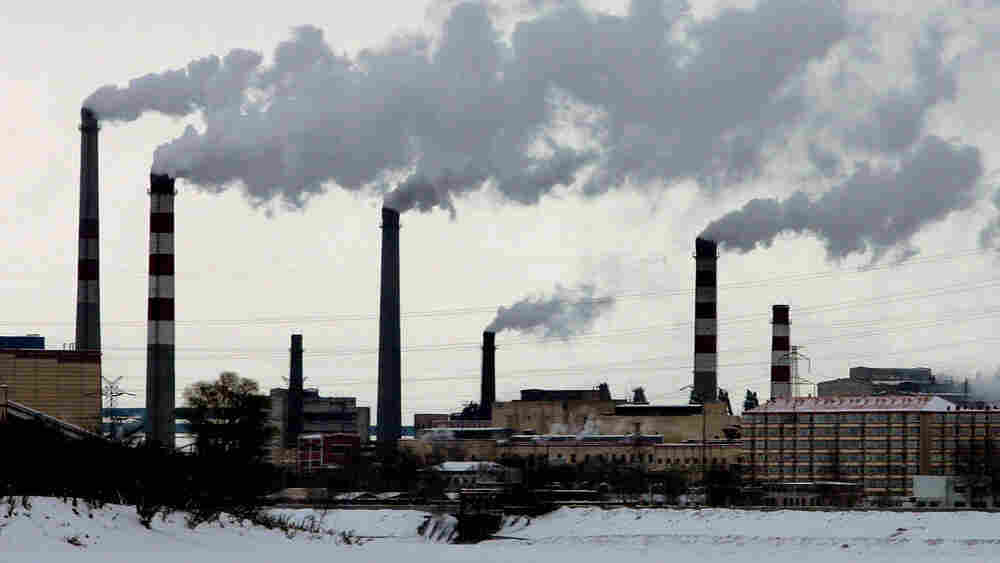 Smokestacks at a factory in China Greg Baker/AP hide caption

The plastic additive bisphenol A is back in the news today as yet another study is hinting that the chemical can affect the male reproductive system. This time the target is sperm.

But the new study has some limits. For starters, it looked at just 130 Chinese men who worked in factories that made either BPA, or products such as plastic resins, which use large amounts of the chemical.

So these men had very high levels of BPA in their body -- at least 20 times higher than the levels typically found in people in the U.S.

Researchers from Kaiser Permanente in California compared sperm from these men with sperm from 88 men who didn't have detectable levels of BPA in their urine.

The study found that exposed men were several times more likely to have lower concentrations of sperm and sperm that did not move normally, according the study's results, published in the journal Fertility and Sterility.

It wasn't clear, though, whether the difference affected their ability to father children.

Last year, a similar study of Chinese men in BPA factories showed they had an increase in sexual dysfunction.

Other studies have also found that BPA can affect sperm. But those studies were done in rodents.

"These results provide the first epidemiologic evidence of an adverse effect of BPA on semen quality," the authors of the new study said.

But because the levels of exposure were so high, the study doesn't have much relevance for people in the U.S., said a spokesman for the American Chemistry Council, an industry group.

But it's not just the industry that is playing down concerns.

Studies of exposure to lower levels of BPA have produced decidedly inconsistent results.

The National Toxicology Program, a part of the National Institutes of Health, says it has "negligible concern that exposure to bisphenol A will cause reproductive effects in non-occupationally exposed adults."

Still, many people are concerned about the potential effects of even minimal exposure. Some states have banned BPA from baby bottles, and an amendment to ban it from baby bottles and infant formula is likely to pop up again when the Senate takes up the food safety bill next month.