Accessibility links
Got A Sports Concussion? See A Doctor And Don't Play Games : Shots - Health News A leading group of neurologists recommends that athletes suspected of sustaining concussions be diagnosed by properly trained doctors. If concussions are found, athletes shouldn't play again until all the symptoms are gone. 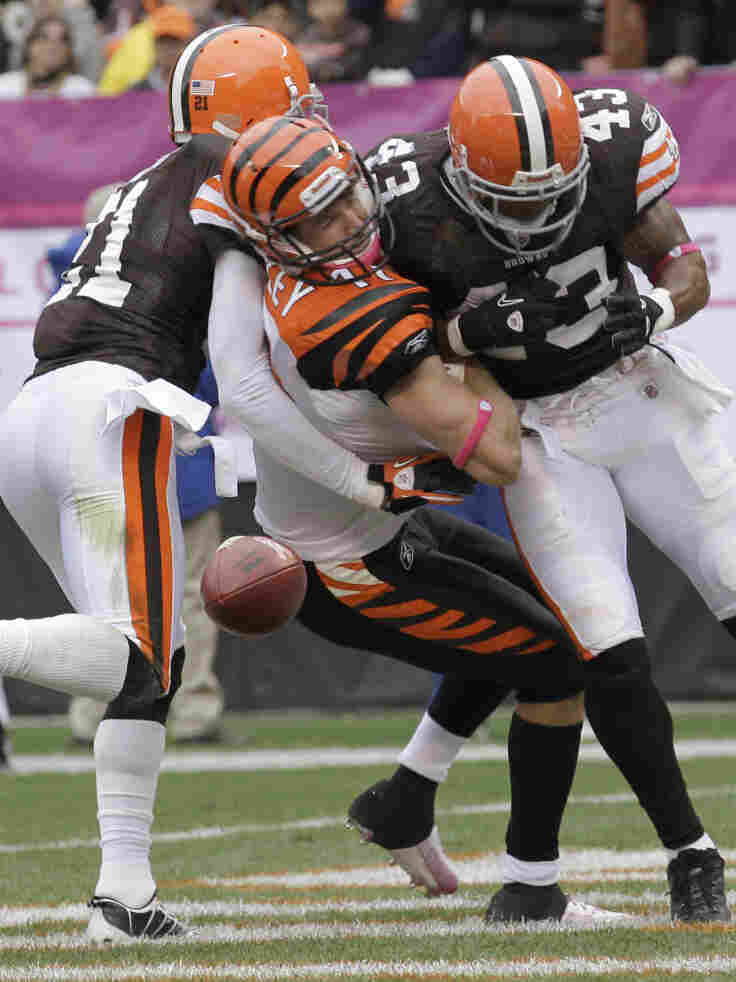 Listen up, those knocks to the head during sports are no game.

Today the American Academy of Neurology chimed in on the issue of concussions sustained during contact sports with a new position paper.

The upshot? Athletes suspected of sustaining a concussion should get to the sidelines and stay there, until doctors with the right training can check them out.

And, if the athletes are diagnosed with a concussion, they ought not to play again until they're free of symptoms.

"A concussion is not just a ding, or getting your bell rung, but it is an injury to the brain," Mark Halstead, a sports medicine doctor at Washington University in St. Louis, told the Associated Press.

The neurology group is working on new, detailed guidelines for sports concussions that are expected to be ready in 2012. The position paper is supposed to fill the gap until then.

Definitively diagnosing a concussion isn't always so easy. But early this year NPR's Richard Knox reported on a remarkably simple test that could help. Asking a person to grab a yardstick weighted with a hockey puck can give a quick gauge of reaction times.