There are a bunch of drugs to treat rheumatoid arthritis. But some of the best sellers -- Remicade and Enbrel -- are injected. 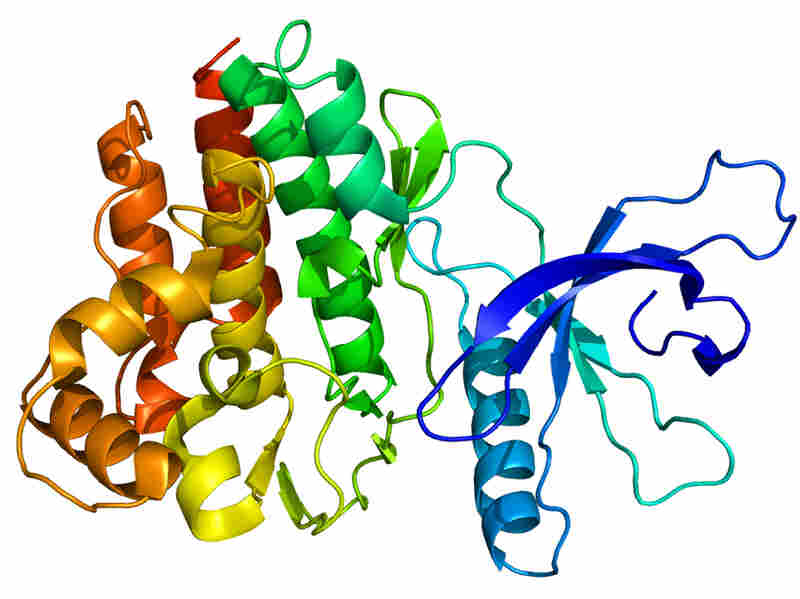 So there's a lot of interest in a new type of pill to treat the painful condition. Drug giant Pfizer just released data from its biggest clinical tests so far, and they show the medicine called tasocitinib worked pretty well at managing RA pain and swelling.

In a test of more than 600 patients with moderate to severe R , most people taking the Pfizer drug for at least three months had 20 percent improvement or better in their symptoms. A little more than one-quarter of patients taking placebo achieved the same result.

Now, the drug carries some significant side effects, including a decrease in certain white blood cells, increased infection risk and higher cholesterol. Pfizer says about 4 percent of patients in the main study had serious side effects.

The medicine is a immune-system suppressant that works by blocking a receptor on cells called JAK-3. That's a new approach and one that's being pursued by a couple of other companies.

Like some of the already marketed RA drugs, the Pfizer medicine may be applied to a wide range of illnesses tied to problems with the immune system. Pfizer says it's testing tasocitinib for psoriasis, inflammatory bowel disease and to suppress the immune system for organ transplantation.