Accessibility links
ADHD On The Rise: 1 in 10 Kids Now Affected : Shots - Health News A million more children have been diagnosed with attention deficit hyperactivity disorder in recent years, according to new estimates from the Centers for Disease Control and Prevention. The reasons for the increase aren't entirely clear.

The latest government figures show that 1 million more children in this country have been diagnosed with attention deficit hyperactivity disorder, or ADHD, in recent years. 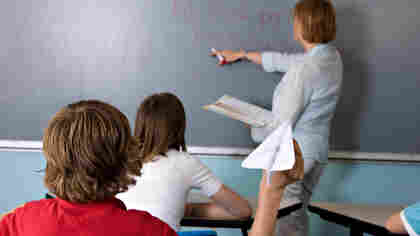 A million more kids have been diagnosed with ADHD in recent years. iStockphoto.com hide caption

Nearly 1 in 10 children had been diagnosed with ADHD at some point in their lives, according a federal survey of parents conducted in 2007. That's up 22 percent from 2003, when the same survey found 1 in 13 children had received the diagnosis.

The overall increase could reflect an increase in the disorder, or changes in the way it's diagnosed. But there are many more children who now carry the diagnosis and are candidates for care.

"Doctors and other health-care professionals have to be ready for the 1 million more children who will need to be managed," Centers for Disease Control and Prevention epidemiologist Susan Visser told Bloomberg. She's lead researcher on the report, which appears in the latest Morbidity and Mortality Weekly Report.

The biggest jumps were seen in children between 15 and 17 and among Hispanic or multiracial children. Researchers say the rise among Hispanic children may reflect better access to care, or greater cultural acceptance of the disorder.

But the disorder is still less common among Hispanics -- about 6 percent --  than among white or black children.

Finally, two-thirds of kids with a current diagnosis of ADHD were taking a medicine to treat it.