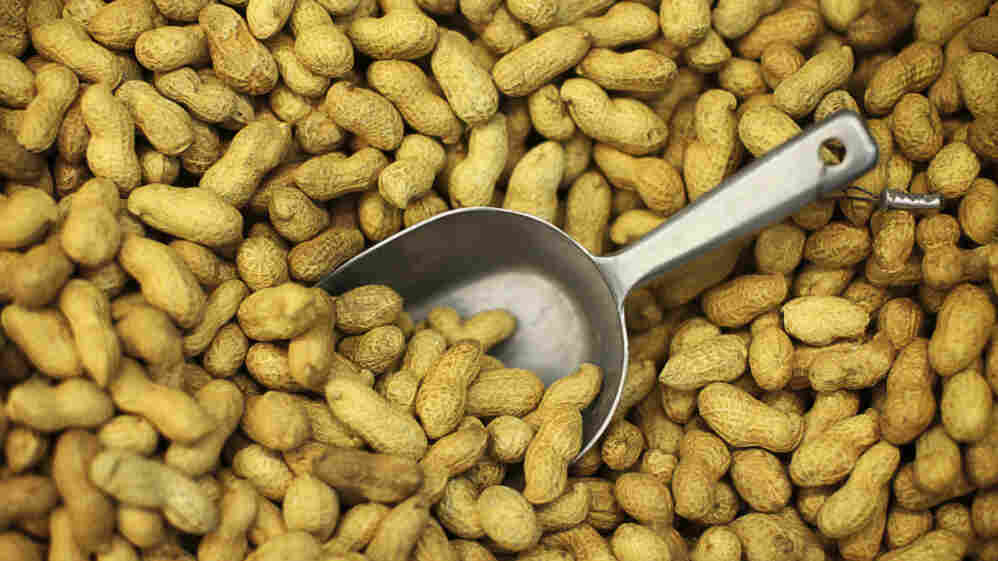 Peanuts, above all food allergens, get a bad rap. iStockphoto.com hide caption

Over the weekend, the nation's top allergy experts previewed some new guidelines that are intended to clear up confusion about the diagnosis and treatment of food allergies.

And there's a lot of confusion out there.

Sami Bahna, president of the American College of Allergy, Asthma and Immunology, tells Shots that the confusion has led to unnecessary public banishment of a frequent suspect - the peanut.

Recently, the Department of Transportation, which had been considering a ban on peanuts on planes, reconsidered. The move was applauded, naturally, by the Georgia Peanut Commission, which says its products are unfairly singled out.

While the National Institute for Allergy and Infectious Disease says food allergies occur in 6 to 8 percent of kids, and about 4 percent of adults, there's a lot of self-diagnosis, overdiagnosis, and just plain misdiagnosis Bahna says.

"Many patients claim food allergy without having them," says Bahna, who helped develop the guidelines. This has people unnecessarily steering clear of shellfish and peanuts and milk.

Eating peanuts or shellfish can trigger physical reactions in some people, but those reactions are not necessarily food allergies.

For example, sometimes people suspect they are allergic when they are really intolerant. This happens a lot in the case of milk, he says, and requires different treatment.

As NPR's Allison Aubrey has reported before, the common tests doctors perform when they suspect a food allergy aren't definitive.

Those skin prick tests and blood tests can tell you if your body is developing antibodies to a particular food, but not whether you'll have symptoms.

The real test is the food challenge. That's where a doctor observes a person eating the food and watches for reactions. In the case of a true food allergy, those might include tingling of the face, hives and swelling.

A couple of years ago, researchers at National Jewish Health in Denver conducted "food challenge" tests on 125 children with allergies and eczema and found that more than 50 percent of the kids could actually tolerate foods they were told to avoid, Aubrey reports.

In fact, only 1 percent of people allergic to peanuts have acute allergic reactions to being near the food or smelling the food, he says.

So taking the peanut butter and jelly sandwich lunchbox option away from a school full of kids is an overreaction, Bahna says.

"People have to get real," Bahna says.

Parents and patients should take the initiative. Many food allergy sufferers can take precautions, like avoiding the foods, taking an antihistamine before potential exposure, controlling asthma and carrying an Epipen, he says.

The forthcoming food allergy guidelines analyze the currently wide-ranging scientific literature on food allergies and are intended to help doctors determine whether a controlled food test is needed.

Maybe someday scientists can figure out how to trick the body into not putting up its guard when it comes to food, but for now, the only way to avoid a food allergy is to avoid the food, Bahna says.