Accessibility links
For A Healthier Middle-Aged Heart, Try Less Salt As A Teen : Shots - Health News If teens cut their salt intake by 3 grams a day -- about half a teaspoon's worth of salt -- more than 100,000 teens could avoid getting cardiovascular disease by age 50. Why? Lower blood pressure and better eating habits.

For A Healthier Middle-Aged Heart, Try Less Salt As A Teen

For A Healthier Middle-Aged Heart, Try Less Salt As A Teen

We Americans consume far more salt than we should. Too much sodium ups a the risk for all sorts of problems from high blood pressure to strokes. 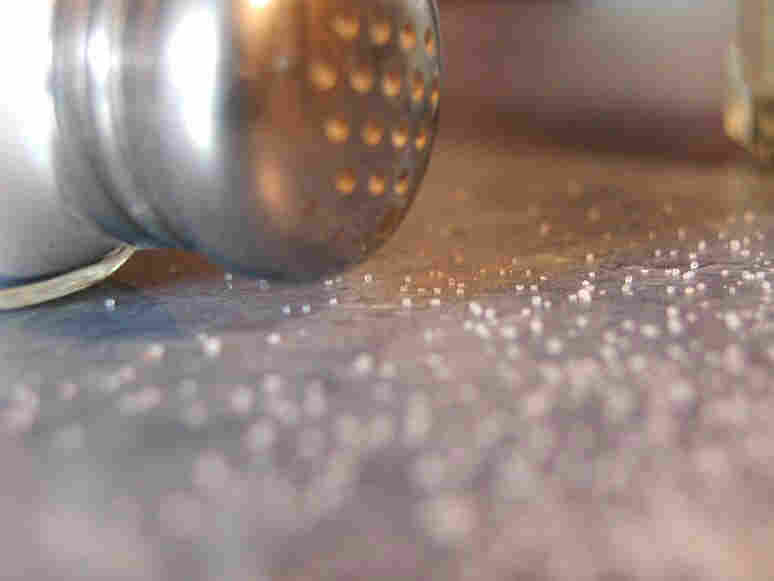 Most of the salt we eat doesn't come from the shakers on our kitchen tables. TooFarNorth/Flickr hide caption 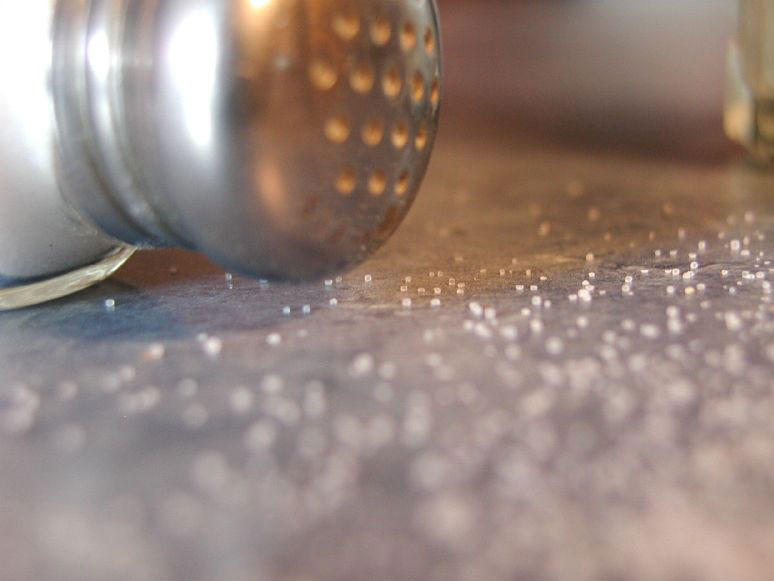 Most of the salt we eat doesn't come from the shakers on our kitchen tables.

Now researchers say teens ought to cut their salt intake to head off some of these diseases early on.

Using a computer simulation, researchers found that cutting teens' salt intake by 3 grams a day -- about half a teaspoon's worth -- would reduce by 100,000 the number of teens who get cardiovascular disease by age 50.

The findings were presented at the annual scientific meeting of the American Heart Association. Lead author of the study Kirsten Bibbins-Domingo, a researcher at University of California, San Francisco, tells Shots there are two reasons why there should be a lasting benefit from an early reduction in salt.

"We think that lowering salt in the diets of teenagers would have both immediate and tangible benefits, [leading to] slightly lower blood pressure -- which means less hypertension as teens age," Bibbins-Domingo says. "It also means that they start a pattern of healthier behaviors with regard to how much salt they're consuming."

Bibbins-Domingo led an analysis -- published earlier this year in New England Journal of Medicine -- that found that if adults cut their salt intake by 3 grams, it would save between 44,000 and 92,000 lives a year. An internist and an epidemiologist, Bibbins-Domingo was interested in looking at salt intake in teens because she's seen an increase of adults with heart disease.

"Part of that is related to the rising rates of obesity in teenagers," she says. "Those teenagers become young adults, and then I take care of them. And I have to see the results of things that start much earlier." She says her team used the same model and applied it to younger age groups.

"Pizza starts with salt in the crust of the bread, salt in the tomato sauce, salt in the cheese, and then any other toppings," she says. "And since teenagers tend to eat a lot of that food that's very high in salt, it's there."

A slice of a small thin-crust pepperoni pizza from Domino's has 525 milligrams of sodium. (Check for yourself here.)

This summer, a panel of experts who was reviewing the country's nutritional guidelines suggested that we change the standard and try to consume no more than 1,500 milligrams of sodium, which is what the AHA currently recommends.