Accessibility links
What Do Women Really Want? Oxytocin : Shots - Health News Women who produce more of the trust hormone oxytocin are happier, more gregarious and resilient, researchers say. The latest findings come from an experiment in which scientists assessed women's happiness before and after a stranger gave them $24.

What Do Women Really Want? Oxytocin

What Do Women Really Want? Oxytocin 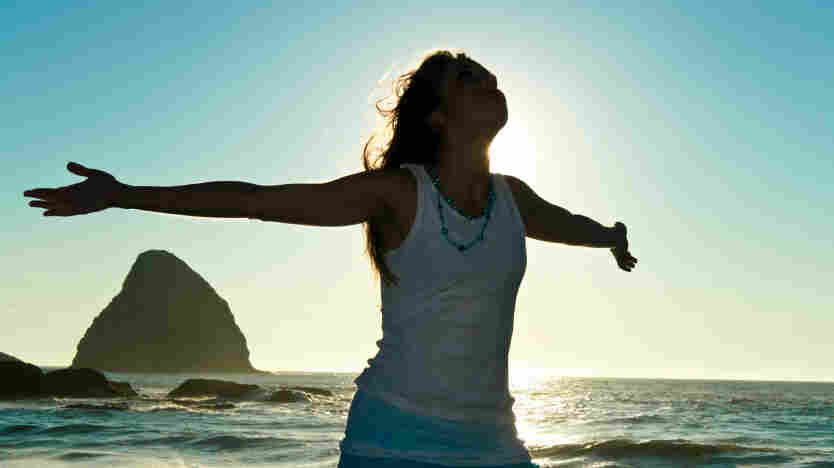 This woman's body is probably pumping out a lot of oxytocin. iStockphoto.com hide caption

It's a hormone called oxytocin, says Paul Zak, a researcher at Claremont Graduate University. Zak presented evidence to back his case today at the Society for Neuroscience meeting in San Diego.

Produced naturally in the body, oxytocin can trigger labor contractions and lactation in women. It's also been shown to boost feelings of trust and empathy in both men and women.

Zak, trained as an economist, was part of a team that studied oxytocin levels in college-age women before and after they received a $24 gift from a stranger.

Acts like this, which show kindness and trust, are known to cause oxytocin levels to rise. But the amount of increase varies widely from person to person.

In this study, women filled out surveys about their satisfaction with life before they received the gift. And comparing the survey results with oxytocin changes revealed a clear pattern.

"Women who release more oxytocin are happier," Zak told the audience at the neuroscience meeting. "They like being around other people more, they have more sex per month, and they have more resilience to adverse events."

The reason for these differences probably has to do with oxytocin's ability to encourage people to form relationships, trust other people, and empathize, he says.

Many studies have shown that people with strong relationships are happier.

Women in this study confirmed the link between oxytocin levels and efforts to bond with another person. Those who released the highest levels of oxytocin were also most likely to send some money back to the stranger who gave them the original gift.