Accessibility links
Bowing To Pressure, Maker Of Four Loko To Drop Caffeine : Shots - Health News As the Food and Drug Administration reportedly prepares to take regulatory action against drinks that combine alcohol and caffeine, the maker of Four Loko said it's eliminating the stimulants from the popular beverage.

Bowing To Pressure, Maker Of Four Loko To Drop Caffeine

Bowing To Pressure, Maker Of Four Loko To Drop Caffeine 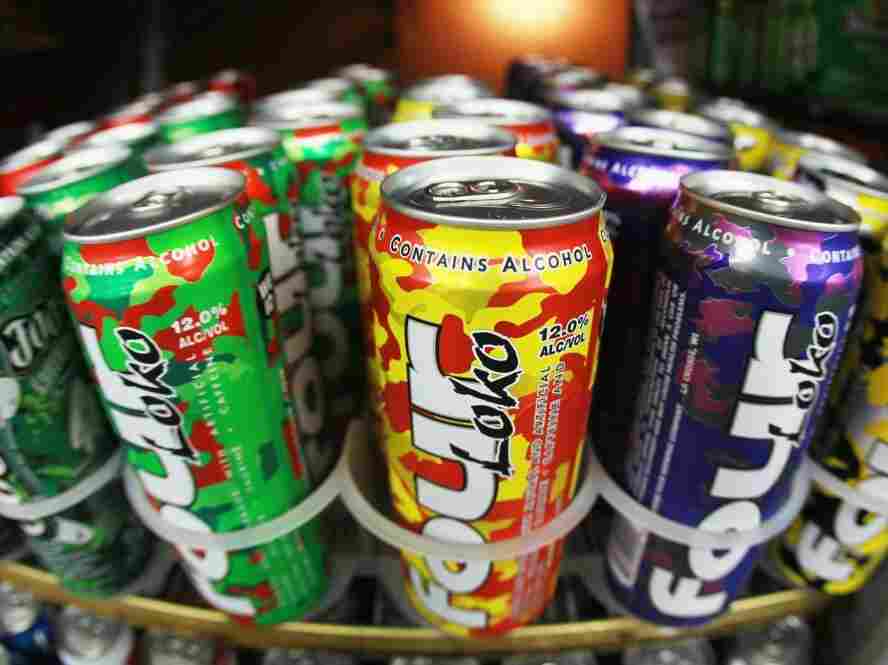 The maker of Four Loko will remove three ingredients, including caffeine, from the beverage. Joe Raedle/Getty Images hide caption 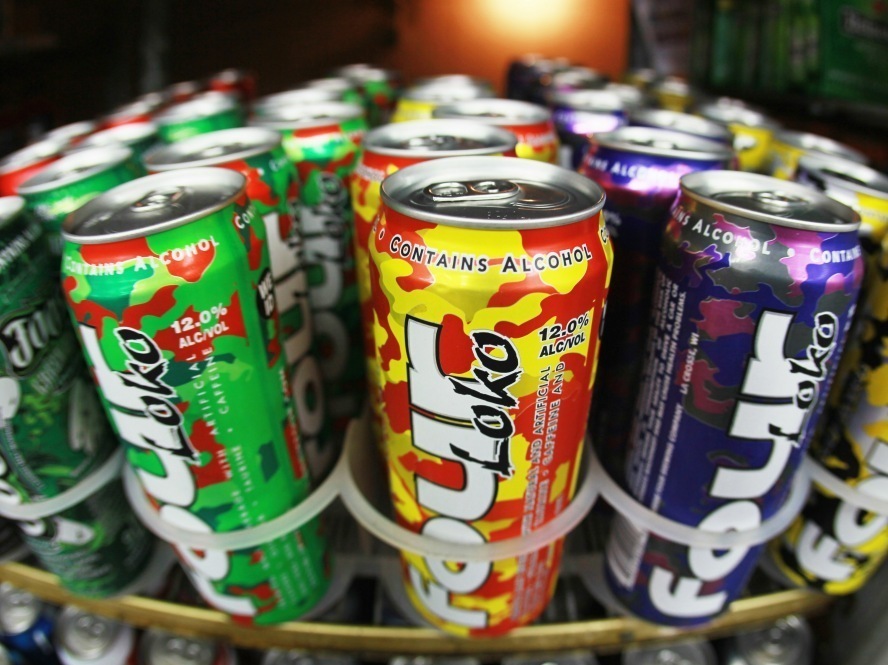 The maker of Four Loko will remove three ingredients, including caffeine, from the beverage.

The mixologists over at Phusion Projects, the maker of the controversial caffeine-boosted, alcohol-rich drink Four Loko, are cutting the stimulants from their list of ingredients.

It's an apparent pre-emptive PR strike as the Food and Drug Administration reportedly prepares to take regulatory action against the entire class of beverages that combine copious amounts of alcohol and caffeine.

Phusion Projects said late Tuesday it would change the formula for Four Loko to eliminate caffeine, guarana and taurine. Will the company also change the name?

"Formerly Loko" might work. Or maybe "One Loko"?  In case you didn't know, the "four" in Four Loko comes from its key ingredients: alcohol, caffeine, guarana (a South American plant whose seeds are rich in caffeine) and taurine (an amino acid that some people think, despite mixed evidence, can boost mental and athletic performance).

Several states and colleges have moved to ban the drinks, amid mounting reports of hospitalizations and deaths among young people who allegedly consumed the drinks, sometimes called "blackout in a can."

The FDA has been mulling what do to about the drinks for more than a year. New York Democratic Sen. Charles Schumer stole some of the agency's thunder with a release Tuesday that said the agency is expected to "effectively ban" by ruling that caffeine is an "unsafe food additive" for drinks containing alcohol.

We are taking this step after trying -- unsuccessfully -- to navigate a difficult and politically-charged regulatory environment at both the state and federal levels.

They defended their products as no different really than a rum and Coke or Irish coffee. And they invoked the decision by another federal agency, the Tobacco Tax and Trade Bureau to allow the sale of Four Loko and other Phusion drinks as evidence the their drinks are OK.

Update: The FDA dropped four warning letters on big makers of the caffeinated malt beverages saying that caffeine is warned four companies that the caffeine put in their drinks constitutes "unsafe food additive." The Federal Trade Commission got in on the action, too. In four letters to the same companies, the FTC "warned that marketing of such beverages may constitute an unfair or deceptive practice" that breaks the law.