Accessibility links
BPA Ban Removed From Senate Food Bill : Shots - Health News Sen. Dianne Feinstein (D-CA) has backed down a ban of chemical BPA from baby bottles as part of the food safety bill the Senate is now considering. But other hurdles remain to passage, including the treatment of small farmers and earmarks.

Senate Lurches Ahead On Food Safety Bill, But Hurdles Remain

Senate Lurches Ahead On Food Safety Bill, But Hurdles Remain 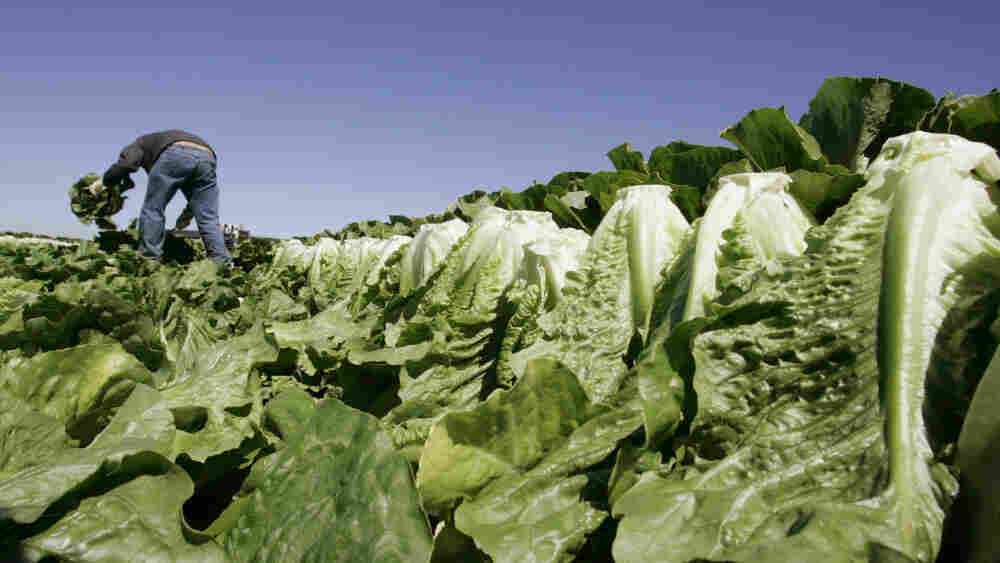 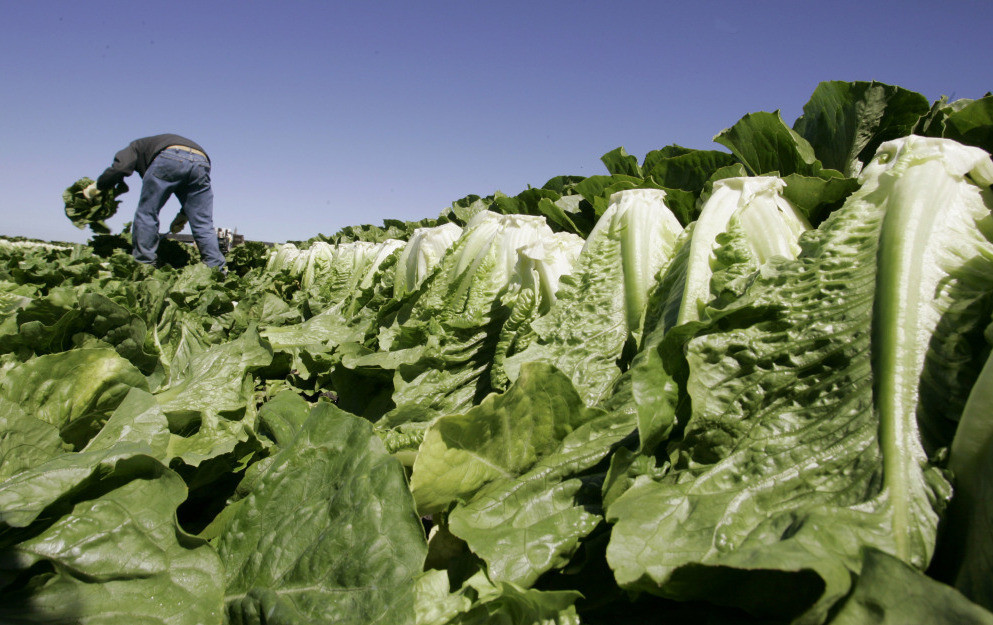 A farmworker harvests romaine lettuce in Salinas, Calif., in 2007.

More than a year after the House passed a bill to strengthen food safety, the Senate voted overwhelmingly Wednesday to move ahead with its version.

But, as is just about always the case with the Senate, it’s just not moving very fast. Senate Majority Leader Harry Reid (D-NV) said Thursday the bill "has to get done" and threatened to keep senators in Washington this weekend to work on it. "Nobody in America should have to worry that their salad or sandwich is going to kill them," he said in an opening speech on the Senate floor today.

One key stumbling block has been removed. Sen. Dianne Feinstein (D-CA) dropped her efforts to include a ban on the controversial plastics ingredient known as BPA in the bill. Still, there's plenty of other legislative sausage-making happening behind closed doors right now.

If there's an agreement on how to deal with an earmark ban, which is now tied to the Senate food bill, the legislation could pass by the end of this week.

But if the Senate passes it, that's not the end of the story. The House would need to weigh in by either passing the Senate bill as is or calling for a conference to reconcile it with the House's more generous version.

First, the BPA update. Feinstein worked for months to get a ban on the chemical from sippy cups and baby bottles attached to the food safety bill now being considered by the Senate. But she relented Wednesday afternoon when it became clear the chemical industry would get Republicans to block it.

"The chemical council says no and I guess the other side of the aisle bows," she said in a floor speech Wednesday night, announcing the end of her efforts. "There is no good reason to expose our children to this chemical."

But she vowed to keep fighting. More than 200 reports have linked extensive exposure to BPA to health problems ranging from cancer to early puberty, and it has been banned in several states, she said. Exactly how risky the chemical is hasn't been officially decided, however, and the FDA is still figuring out what to do about it.

The American Chemistry Council told us in an e-mail that it doesn't support any bans that would interfere with the FDA’s process or authority:

Throughout this process we have been constructively engaged with Congress, and have consistently advocated for respecting the scientific assessment of the experts at FDA who have the capacity and expertise to make food safety contact decisions.  ACC relies on the consensus of 11 government agencies across the world that current exposures to BPA are 1,000 times below levels established as safe.

Another sticking point that seems to be on the way to a fix is an exemption from some regulatory requirements for small farmers. Sen. Jon Tester (D-MT) has been pushing for an amendment to the bill that would exempt farmers who sell directly to consumers within a 400 mile radius and who make less than $500,000 a year.

But he says he's willing to compromise on those numbers to get a provision inserted in the bill, and talks continue. "We're working on that," Tester told Shots Wednesday. "In fact, I don’t have a problem bringing those miles down at all, it's a matter of getting the votes. I don’t have a problem bringing that dollar figure down. It’s a matter of getting those votes."

Bill substance aside, unrelated political issues could still delay the bill. Sen. Tom Coburn (R-OK), who has held up the food safety bill in the past, has vowed to fight to get an amendment attached to this bill that would ban earmarks.

According to Feinstein, the Senate Democratic leadership is seeking a deal to prevent any amendments to the food safety bill, in order to move it more quickly. That, in fact, is part of why she surrendered on BPA. Leadership sources didn't confirm this strategy late last night.

But Democrats would surely like to claim a victory on something -- even a bipartisan bill containing lots of compromises -- before their Hill reign, for all practical purposes, comes to an end.

UPDATE: Senator Tester announced Thursday morning that a deal has been reached on incorporating his small producers amendment into the food safety bill. It would exempt small farmers who earn less than $500,000 and sell directly to consumers within 275 miles from some federal requirements.

It would also allow FDA to override the exemption if a small grower is connected with an outbreak.