Accessibility links
Thanksgiving Is For Germs And Flu Shot Procrastinators : Shots - Health News We are a nation of procrastinators when it comes to getting a flu shot. That leaves us vulnerable to all kinds of respiratory illnesses, thanks to togetherness at Thanksgiving and other holiday times.

Thanksgiving Is For Germs And Flu Shot Procrastinators

Thanksgiving Is For Germs And Flu Shot Procrastinators 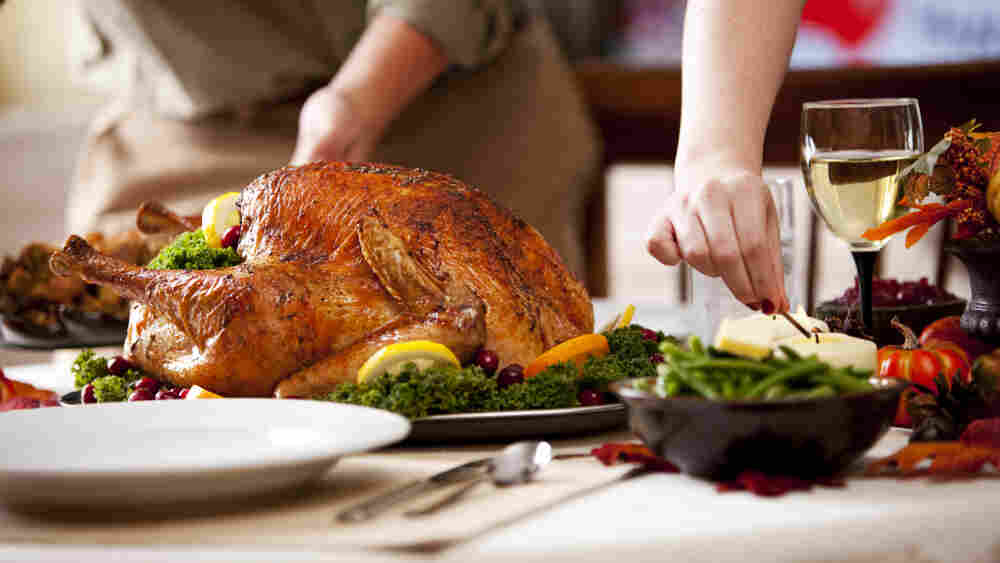 Mmmm. How about some flu germs with that stuffing? Sean Locke/iStockphoto.com hide caption

Holidays are great for sharing germs. There's lots of hugging and kissing, not to mention sharing the cranberry sauce ladle and huddling close together to watch a football game.

That's why I was alarmed when my brother-in-law emailed the family on Tuesday to let us know that one of his children had "flu-like" symptoms. He suggested all of us planning to come for Thanksgiving to go get a flu shot if we hadn't already.

But, I wondered, is there enough time between now and Turkey Day for flu immunity to kick in? I put the question to Dr. William Schaffner, who heads up preventive medicine at Vanderbilt University.

"Afraid not," Schaffner told me. "It takes 10 days to 2 weeks to get full protection from a flu shot." He says immunity just starts to kick-in after 48 hours. "The inadvertent gifts of the holidays are the respiratory diseases," Schaffner said.

Bummer. I rushed out to Safeway this afternoon anyway, and it took me about 5 minutes to get my shot. I wish I'd gotten one earlier, but I'm probably not the only one waiting until the last minute.

In fact, it seems we Americans have an "epidemic of ambivalence" when it comes to flu shots - even after the big H1N1 scare.

An article just published in the New England Journal of Medicine today says that we not only put off getting shots, we tend to mistrust a completely effective vaccine.

The researchers found that despite a huge public education campaign and a world-wide H1N1 scare only about 20 percent of adults were vaccinated against pandemic influenza last year.

Meanwhile, we'll be washing our hands a lot this weekend, and following these other tips to stop the spread of flu, too.