Accessibility links
Fruit Ride Free In New WeightWatchers Point System : Shots - Health News The weight-loss helpers are overhauling their point system for the first time in more than a decade. In a nod to the evolving science, WeightWatchers say some foods with the same number of calories shouldn't be treated the same by eaters. 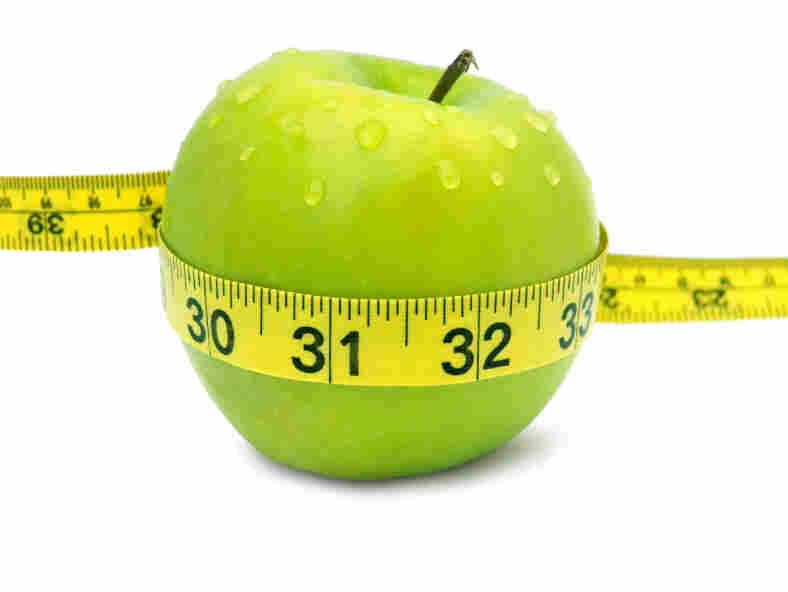 Now, they tell us. Days after our Thanksgiving gorge-a-thon, WeightWatchers says not all calories are created equal.

The weight-loss helpers are overhauling their point system in the U.S. for the first time in more than a decade. In a nod to the evolving science, WeightWatchers say some foods with the same number of calories shouldn't be treated the same by dieters.

Under the new approach, called PointsPlus, WeightWatchers will factor in how hard (or easy) it is for the body to digest food. Hard is better for losing or maintaining weight.

Another adjustment takes into account how densely calories are packed into the food. High density (think candy bar) is bad and low density (think beans) is good. The less calorie-dense foods can leave you feeling full without loading you up on sugar or fat. Added sugars and fats get demerits in the new system.

Wondering what to eat? Fresh fruit get a big fat zero in the new points system! Though don't go nuts, the company says. If you eat a ton of fruit you won't lose weight as fast. But that's probably not a big risk since most Americans aren't eating enough fruit anyway.

The company's system for helping people keep track of what they eat is a big  part of its approach to managing weight. But regular support meetings and  confidential weigh-ins are another part of WeightWatchers' traditional model. For those who want to go it alone, though, there's an online version, too.

The company's move in the U.S. didn't come as a surprise. Earlier this month we noted the debut of a similar system, called ProPoints Plan, in the U.K. and the expectation that WeightWatchers would do the same thing over here before long.

At the time, New York University's Lisa Sasson, a professor of nutrition and food studies, told us she thought it was a step forward for WeightWatchers to encourage members to eat more whole foods, especially lean protein and fiber. But she also wondered how much WeightWatchers plans to alter its prepackaged food offerings, which make a lot of money for the company.