Accessibility links
Senate Passes Food Safety Bill, House Up Next : Shots - Health News By current partisan standards, the 73-25 vote in favor of the bill was a landslide. But the Senate bill still has to get through the House. And it's not clear how soon that could happen. 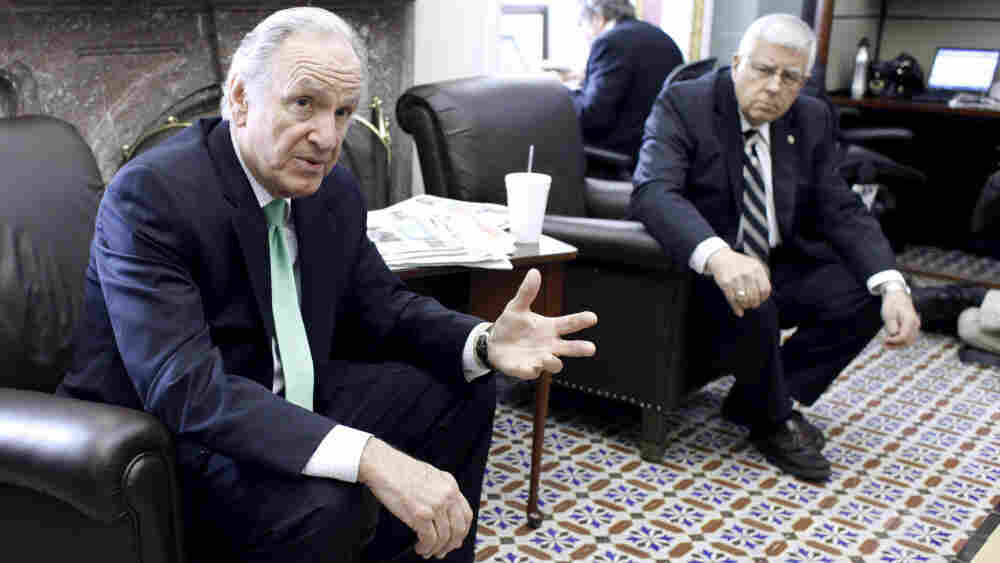 It sure took a while, but the Senate today passed the first major bill to strengthen food safety protections in 70 years. By current partisan standards, the 73-25 vote in favor of the bill was a landslide.

But before changes to the nation's system for safeguarding food become law, the Senate bill still has to get through the House, which passed its own food safety bill nearly a year and half ago. And it's not yet clear how quickly that could happen because it's not a sure thing that House Democrats are in a compromising mood.

Still, the senators who pushed for the bill sounded confident. "The Food Safety Modernization Act will bring America's food safety system into the 21st century," said Sen. Tom Harkin, the Iowa Democrat who chairs the Senate Health, Education, Labor and Workforce Committee. The vote came after weeks of intense negotiations.

Senators struck a deal to exempt from some requirements small farms and food producers who sell within 275 miles of their facilities and earn less than $500,000 a year. That deal cost the support of major produce growers, but wasn't damaging enough to kill the bill.

Another deal led senators to reject a proposal to ban bisphenol-A -- a controversial chemical commonly found in plastics -- from baby bottles. The European Union and Canada have already taken steps to do that.

The Senate also rejected using the food bill to fix an unpopular tax provision enacted with health overhaul that requires the filing of IRS 1099 forms for all sorts of business transactions exceeding $600 a year.

Republican Sen. Tom Coburn of Oklahoma was the main obstacle for getting the food bill to the floor in the last few weeks. He complained it would cost $1.4 billion (although it's fully paid for according to the Office of Management and Budget) and not hold the government accountable for past management of foodborne illness outbreaks.

"It doesn't fix the real problem," Coburn said today. He insisted on and got votes on an alternative bill and a bill to ban Congress' ability to direct funding through so-called earmarks. Both votes failed.

The House could take up the Senate bill as early as this week and send it to the president, House staffers say, but a few hurdles remain. Namely, the bill the House passed a more comprehensive food safety bill last year, and some members may be loathe to let that one go.

However, time is running out for legislative accomplishments before the new Congress takes over in January. If the House insists on its version, the bills would have to be reconciled in a conference. Senate bill supporters say at best, that would drag the process out for weeks. At worst, it would prevent a bill from emerging at all.

"It is our hope that this legislation is brought to the president’s desk as soon as possible," he said.