Accessibility links
How Dangerous Is Being Fat? New Data On The Meaning Of Body Mass Index : Shots - Health News You'll live longer if your body mass index is between 20 and 24.9, a New England Journal of Medicine study finds.

How Dangerous Is Being Fat? New Data On The Meaning Of Body Mass Index

How Dangerous Is Being Fat? New Data On The Meaning Of Body Mass Index 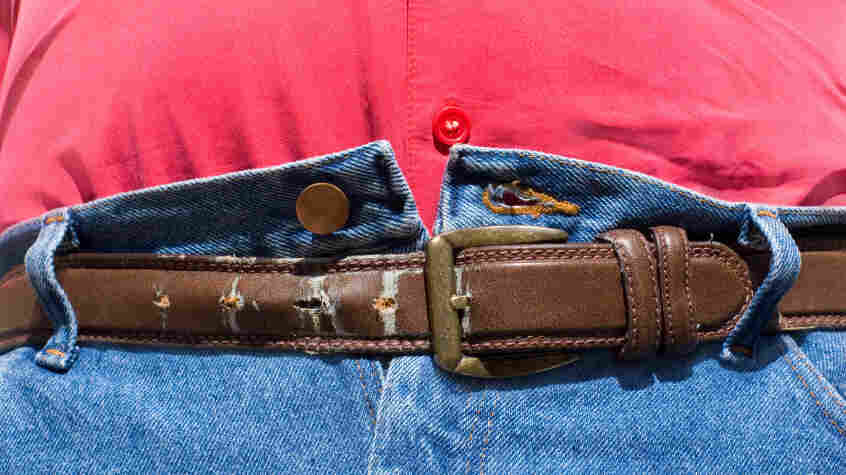 Obese people -- those with a BMI of 30 to 34.9 -- have a 44 percent higher risk of death from any cause compared with those in the most-favorable range, according to a study in the New England Journal of Medicine. iStockphoto.com hide caption

You won't live forever, but your chances of living longer than those with other BMI values are statistically better, according to an analysis of 1.46 million adults in this week's New England Journal of Medicine. One important proviso: These were Caucasian adults, so if your ethnicity is otherwise you'll have to wait for further research.

(Measure your own BMI with an online calculator like this one.)

Now, to say that people with higher BMIs are more likely to die sooner isn't exactly big news. But it's worth noting because there's been a lot of back-and-forth in recent years about the meaning of BMI. A 2009 advisory from the American Heart Association even suggested that being a little overweight – a BMI of 25 to 30 -- might be protective. Others disagreed.

"There was debate over whether having a BMI in the overweight range is associated with an increased risk of death," study author Amy Berrington de Gonzalez of the National Cancer Institute told Shots. "Our study finds that it does. It's a small increase, about 10 percent. But we think it's the best analysis to date."

The reason she thinks so is that it included BMI and mortality data from 19 different studies. Pooling that much data allowed the researchers to exclude people who were smokers or had diagnosed diseases. So they could isolate the effects of BMI.

Berrington and her colleagues calculate that every five-point increase in BMI (for Caucasians in developed countries) leads to a 31-percent increase in risk of death from all causes. (Earlier studies had pretty much nailed down a link between higher BMIs and an increased risk of death from heart disease, stroke and certain cancers -- uterine lining, esophageal, pancreatic.)

These patterns held after the researchers accounted for other risk factors besides smoking and disease, such as alcohol consumption, physical activity and educational level. Those who were overweight or obese before the age of 50 had a higher mortality risk.

These numbers apply to the vast majority of Americans. Two out of every three U.S. adults are overweight or obese. Seventeen percent of women and 11 percent of men are severely obese.

Berrington acknowledges that BMI "is not a perfect measure of body fatness because it can't distinguish body fat from lean mass. But we think it's a valid measure of obesity."

Or you can take a shortcut and use the calculator mentioned above.