Accessibility links
WeightWatchers Faults Processed Foods While Profiting From Them : Shots - Health News WeightWatchers is emphasizing natural, unprocessed foods as part of its new PointsPlus program, but the company won't say how its line of packaged, processed foods fits into the plan.

WeightWatchers Faults Processed Foods While Profiting From Them

WeightWatchers Faults Processed Foods While Profiting From Them 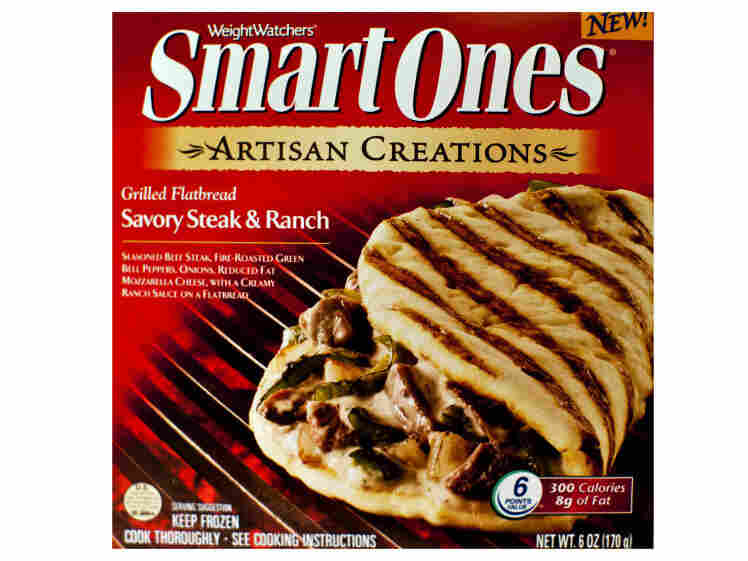 When WeightWatchers unveiled a new points plan to help people seeking svelter silhouettes, the company said it was its "biggest innovation in over a decade."

The new ProPoints system favors healthier, "natural" fare, including fruit, vegetables and lean protein. Whole grain and high-fiber choices are rewarded. Foods that are rich in fat and added sugar get dinged a little more than in the past.

But, we wondered, how the revised points approach squares with the foods it sells, such as nutritional bars, and those that carry the WeightWatchers name under license?

WeightWatchers makes good money from licensing and endorsements of  foods ranging from special items on the menu at Applebee's to frozen treats from Wells Dairy.

We asked the company several times this week about plans for its packaged food line now that its PointsPlus system tilts so strongly against processed foods. But a spokeswoman declined to answer questions or make available an executive to talk.

So we decided to take a trip to our local Safeway to check out how the food sold now under the WeightWatchers name matches up with the company's new points plan.

After scanning the freezer case, we grabbed a box of WeightWatchers Smart Ones Artisan Creations Grilled Flatbread Savory Steak & Ranch. It's a reasonable 300 calories, but then there's the 570 mg of sodium, and an unimpressive 4 grams of dietary fiber.

But there was nothing very whole or natural to be found among the ingredients. We counted no fewer than 80 distinct substances on the list from salt and soybean oil to titanium dioxide and ammonium chloride.

The product didn't seem any worse, of course, than hundreds of other packaged foods on the frozen food aisle, and it certainly has fewer calories and less fat than many other frozen dinners.

But if WeightWatchers is telling members the key to weight loss is fiber and "natural foods," we're not sure how the current Savory Steak & Ranch Flatbread fits in.