Accessibility links
WHO Gets Behind Rapid Tuberculosis Test : Shots - Health News A fast, accurate test for tuberculosis could improve treatment of the disease, particularly the type that is resistant to conventional drug treatment. But the equipment and supplies aren't cheap. 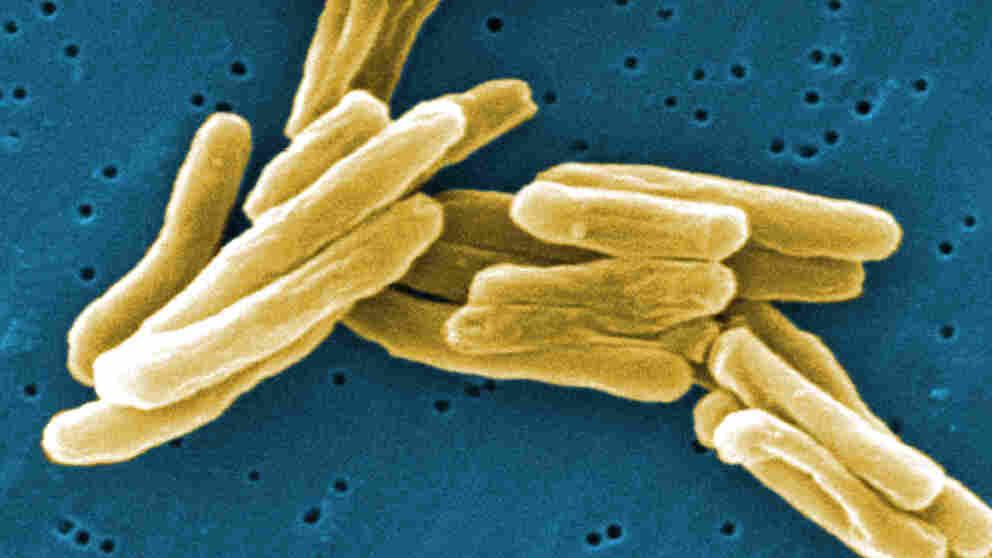 If you're making a newfangled machine to test for a disease that's a worldwide scourge, you can't beat getting the endorsement of the World Health Organization.

Today, WHO said countries around the globe should adopt a fast, accurate method for DNA fingerprinting to determine a person's tuberculosis status while they wait. Last year TB killed 1.7 million people, WHO estimates.

Current practice in many less-developed countries is a test, more than 100 years old, that involves analyzing a sputum sample under a microscope. That can miss TB -- especially in kids and people with HIV. It also doesn't help determine whether the TB is resistant to conventional drug treatment. That takes a separate, more time-consuming culture.

A recently published study in the New England Journal of Medicine showed the automated test, made by company called Cepheid, finds about 98 percent of people with TB and is highly accurate in figuring out which bacteria are resistant to rifampin, a key antibiotic used against TB.

The advance in testing doesn't come cheap. The testing equipment, which can be used for other assays, costs around $64,000 in developed countries. The machine is sold in the United States, but the TB test cartridge for it isn't yet available here.

In poorer countries with big TB problems, Cepheid will sell the machine for about $17,000 and each test will cost a little less than $17. (See more on pricing here.)

Cepheid CEO John Bishop tells Shots developing countries will still need help buying the equipment. Demand will depend on "how the foundations line up to support the acquisition of the system," he says.