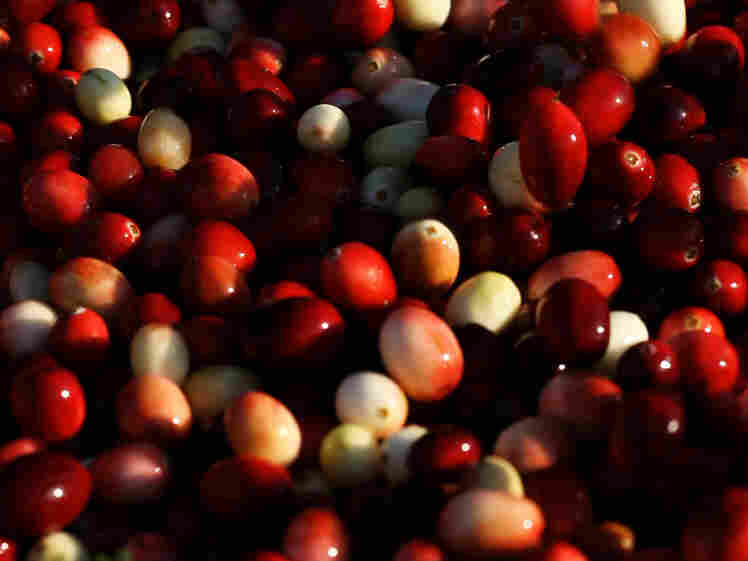 If you want to avoid pesky and painful urinary tract infections, you can start by drinking more cranberry juice.

That, at least, has been the conventional wisdom. But a new study suggests cranberry juice might not be as effective at stopping repeat UTIs as some people think.

Researchers from the University of Michigan conducted a study with 319 college-age women who got pretty bad UTIs between 2005 and 2007. The infections often occur after sex.

The women were told to drink 8 ounces of juice supplied by the researchers twice a day for either six months or until the UTI came back. Half got real cranberry juice. The rest got a placebo juice that tasted like the real thing but had the healthy compounds stripped out. The researchers didn't know until afterward who got which drink.

The results, just published online in the journal Clinical Infectious Diseases, found no real difference in recurrence rates between the two groups. Those drinking the real juice got another UTI at a rate of about 20 percent, while those on the fake stuff had only a 14 percent recurrence. The difference wasn't statistically meaningful.

And, as a matter of fact, the re-infection rates in both groups were lower than the 30 percent rate the researchers expected. The vitamin C in the placebo juice might have helped the women who got it, the researchers thought.

So should this spell the end to cranberry juice as insurance against UTI? Probably not.

Many previous studies in young, otherwise healthy sexually active women drinking cranberry juice have shown a big decline in persistent UTIs. And Amy Howell, a research scientist at the Marucci Blueberry and Cranberry Research and Extension Center at Rutgers, tells Shots this one study won't topple that body of research.

She says a 20 percent recurrence rate for those on cranberry juice is pretty good, so, in her view,"the juice actually worked well" in the study.

She's also wonders how well the women in the trial complied with the directions to drink the juice twice a day and then report it. "Self-reporting is not a foolproof way of measuring compliance, especially with this demographic [of college women]," says Howell.

In the meantime, she and her colleagues are looking at ways to quantify the beneficial chemicals from cranberries found in various juice products on the market. "There's a huge population of women using cranberry to manage UTIs effectively, and we want them to be able to have a higher level of confidence in what they're buying," says Howell.

Bow Down To The Medicinal Power Of Cranberries Nov. 15, 2010