Accessibility links
Democrats Ramp Up War On GOP Health Benefits : Shots - Health News While Republicans continue to plot ways to reverse the Affordable Care Act when they take over the House Jan. 5, Democrats are stepping up their attack on Republicans’ own health benefits.

While Republicans continue to plot ways to reverse the Affordable Care Act when they take over the House Jan. 5, Democrats are stepping up their attack on Republicans’ own health benefits. 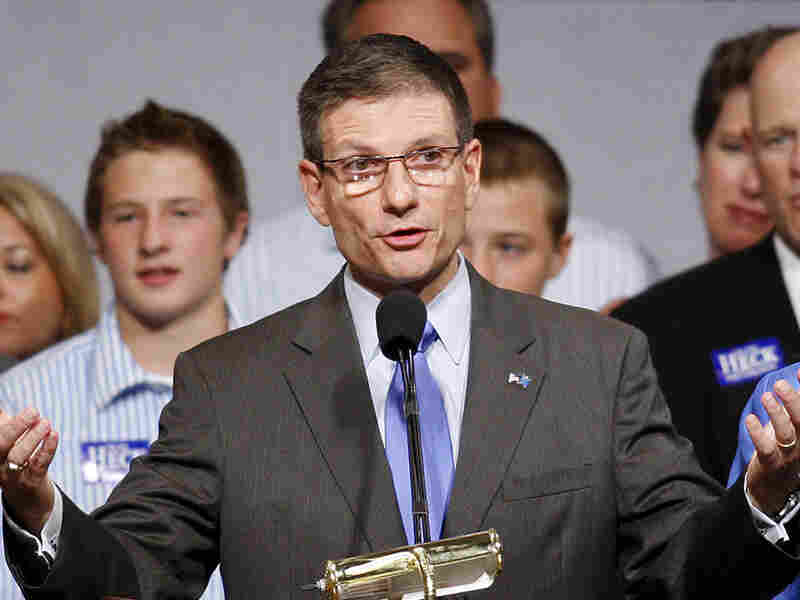 Specifically, Democrats are going after newly-elected Republicans -- who have vowed to repeal the law -- and are calling on them to forgo their government-subsidized health insurance.

The liberal advocacy group Americans United for Change has launched a campaign called “Drop It or Stop It.” It urges GOP members of Congress to either drop their government-funded insurance or stop pushing for repeal of a law that promises to provide insurance to 32 million Americans who lack coverage now.

A few Republicans have already said they would forgo their government health insurance, but even they’ve been taken to task by liberals.

Ohio Republican Rep.-Elect Bill Johnson, another advocate of repealing the health law, said he wouldn’t take his Congressional health benefits. But in a conference call with reporters earlier this week, Ohio Democratic Party Chair Chris Redfern noted, “What Bill doesn't tell us is that he already receives government-provided health care” as a military retiree. “So it’s a joke to think that he deserves credit for “turning down” benefits he’s gonna receive anyway.”

This, Redfern said, makes Johnson “the hypocrite of the month.”

Another incoming Republican freshman, Tim Walberg of Mississippi, won’t take his Congressional health benefits either. But he also has a backup plan: he’ll get free health insurance thanks to his service in the state legislature.