Accessibility links
End To Malaria Deaths In Sight, But Progress Is Fragile : Shots - Health News Wider use of bed nets and spraying against mosquitoes have helped to drive down malaria infections and deaths. Better medicines to treat the illness have also helped, but public health officials worry about resistance to them. 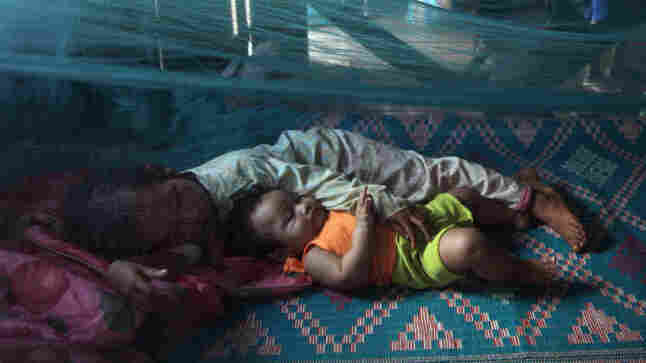 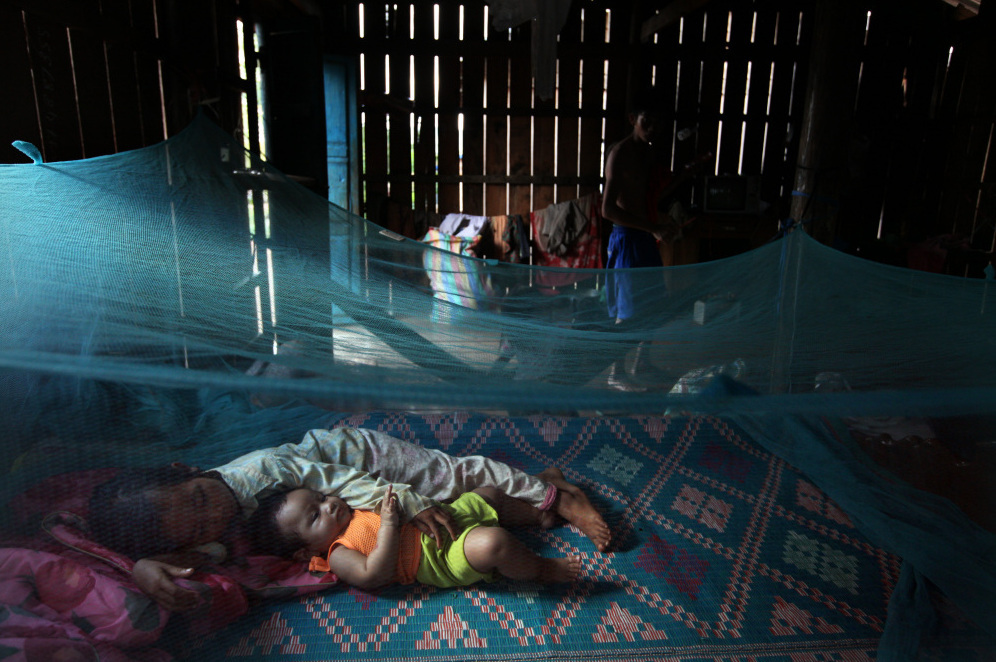 Imagine a world where malaria doesn't kill a single person. Look ahead to 2015 and that could be close to reality.

The latest World Malaria Report offers a few reasons to think a world nearly free from malaria deaths is possible:

"We've seen remarkable drops in the incidence and mortality of malaria," Ray Chambers, the UN's special envoy for malaria, tells Shots. "So we have all the markers to give us confidence that we could reach near-zero deaths by 2015."

But there are also plenty of reasons to think it won't happen, at least not on schedule.

First, of course, there's the matter of wherewithal. The WHO estimates it will take around $6 billion a year to achieve the ambitious goal. Current funding is less than a third of that, and pledges from the United States and others have leveled off because of the global recession.

Shortfalls in funding make it hard to expand the distribution of treated bed nets, which cost about $5 apiece, Chambers says. The costs of distribution antraining people to use the nets doubles the amount of money needed.  Also, about 100 million nets a year wear out or get damaged and have to be replaced.

Limits on funding also makes it hard to maintain and expand insecticide spraying and effective malaria treatment, the other mainstays of the Roll Back Malaria campaign.

And while many countries have been making strides against malaria, there's been a resurgence of cases in the African countries of Rwanda, Zambia, and Sao Tome and Principe.

"Progress on every front, at every level, is fragile," says Dr. Margaret Chan, WHO's director-general. "Malaria is an extremely complex disease that has been causing deaths and social disruption since the beginning of recorded human history. It can take full advantage of any lapse in investment, vigilance or control."

Chan, at a Geneva press conference, also voiced alarm about the emergence of resistance to the drug artemisinin among malaria parasites circulating in the Mekong River region of Thailand, Myanmar and Cambodia.

She said WHO next month will launch a global effort to contain artemisinin resistance. Therapy based on this drug is often the only treatment for malaria.

"If we lose the artemisinin-based combination therapies, we are back to square one," Chan says. "There are no replacement drugs on the immediate horizon."

The WHO would like to stamp out the sale of artemisinin as a sole treatment for malaria. That's a surefire way to promote resistance. But when one WHO official wrote recently to 39 companies that market the drug this way, only two even bothered to reply.

If all these hazards can be avoided and malaria deaths are driven closer to zero over the next few years, there's hope for another new tool to combat the disease. By 2015, WHO hopes to be able to recommend a malaria vaccine currently in large-scale trials in Africa.

The new vaccine -- called RTS,S -- may be only be 65 percent effective in preventing malaria infection. But along with tried-and-true prevention methods, that might be good enough to get to that zero-death goal sometime this decade.