Accessibility links
Medical Schools Make Progress On Conflicts Of Interest : Shots - Health News Members of the American Medical Students Association have turned the tables and now grade their schools on how well they manage industry conflicts. In the group's third annual report, med schools are doing a little better. 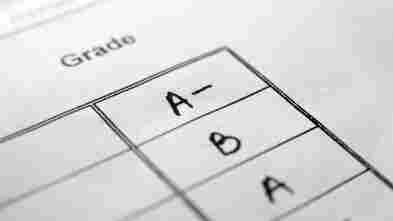 Med students are grading their schools for a change. iStockphoto.com hide caption

The nation's medical schools are doing a little better at policing conflicts of interest between faculty and drug companies.

Members of the American Medical Students Association have turned the tables and now grade their schools on how well they manage conflicts. The group's fourth annual report card finds 1 in 5 med schools did better in 2010 than a year ago.

More than half of schools scored an A or B, compared to only 30 percent in 2009 and 19 percent the year before. That means they got high scores on 11 measures -- such as whether they forbid faculty from accepting gifts or bar  payments by companies for consulting and speaking.

Chris Manz, a third-year medical student at Duke University, says the trends are encouraging. "Conflict of interest is now becoming a mainstream concept," Manz says. In 2002, when AMSA started its Pharm-Free project to push medical schools to address COI, "it was hardly on the radar for medical schools, and now half the schools have strong policies."

Duke, he says, got a B this year, up from C last year.

For more, see a post of ours from July: 5 Things A Harvard Doctor Can Still Take Industry Money For.