Accessibility links
Health Experts: Cholera Vaccination In Haiti Not Possible Until Spring : Shots - Health News There's only enough cholera vaccine for 50,000 people, so the majority of Haiti's 9 million people will have to wait until more becomes available.

Health Experts: Cholera Vaccination In Haiti Not Possible Until Spring

Health Experts: Cholera Vaccination In Haiti Not Possible Until Spring 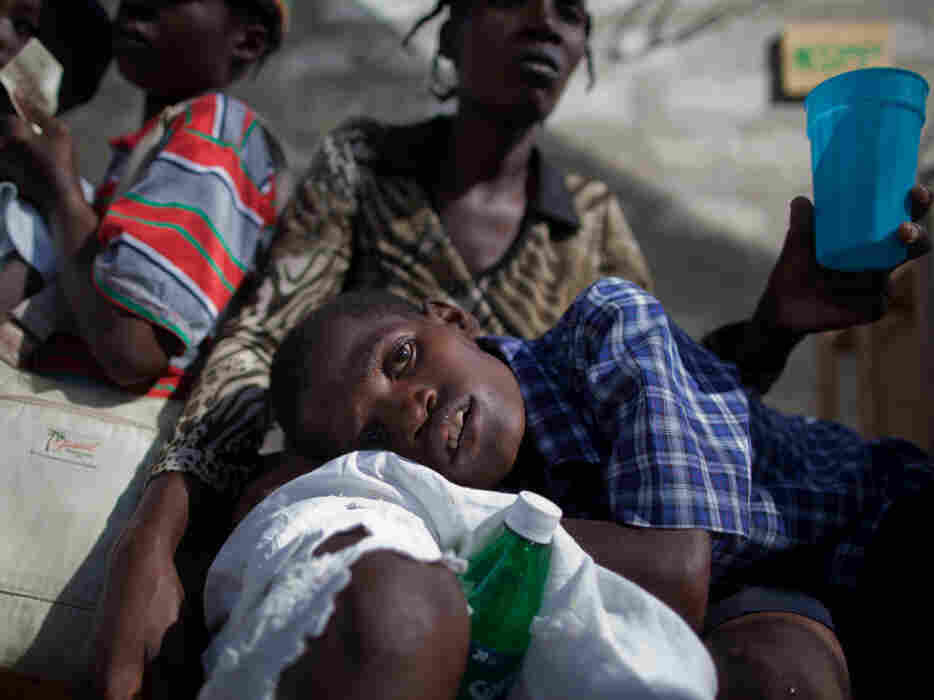 A boy with symptoms of cholera waits for treatment at the St. Catherine hospital in Cite Soleil in Port-au-Prince on Nov. 10, 2010. Cholera has sickened more than 91,000 Haitians and killed more than 2,000. Ramon Espinosa/AP hide caption 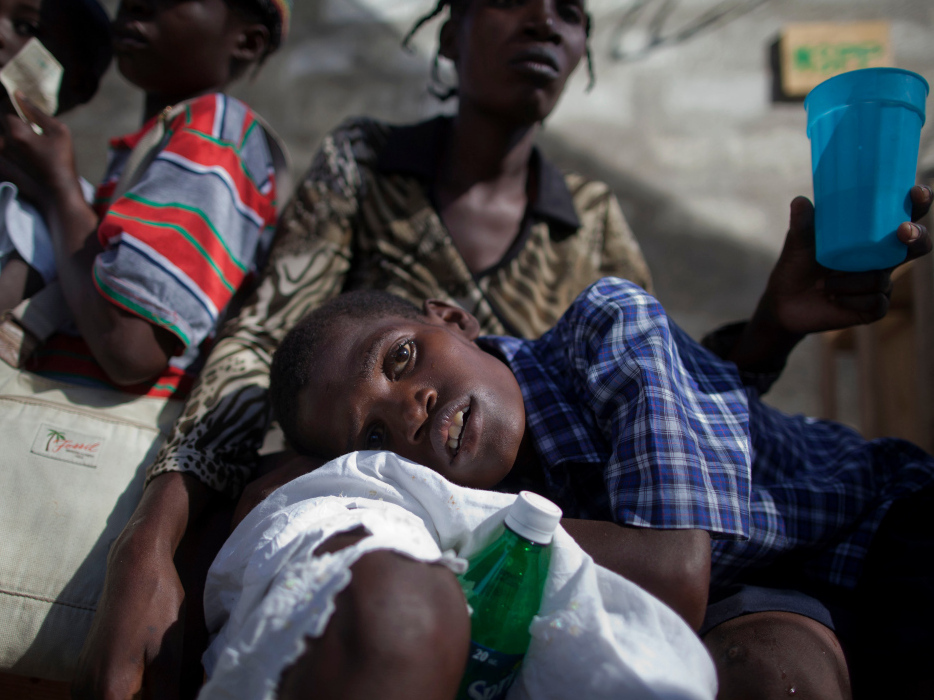 A boy with symptoms of cholera waits for treatment at the St. Catherine hospital in Cite Soleil in Port-au-Prince on Nov. 10, 2010. Cholera has sickened more than 91,000 Haitians and killed more than 2,000.

Experts emerged Friday from an emergency session at the Pan American Health Organization saying that Haiti should get cholera vaccine.

But they say it won't happen until next spring at the earliest.

The planet's supplies of cholera vaccine are so tight that it will take a long time before vaccination can reach a sizable fraction of Haiti's 9 million people -- not to mention the 10 million next door in the Dominican Republic.

"There are not enough [cholera] vaccine doses available in the world today," says Dr. Ciro de Quadros, of the Sabin Vaccine Institute, who led Friday's meeting. "It's less than 300,000 doses within the next three or four months." More should become available next year, but it's not clear how fast.

De Quadros says at the moment there's only enough to vaccinate 50,000 people -- and not all of it can be sent to Haiti.

All those stocks reside in one Swedish company, SBL Vaccines, which makes an oral cholera vaccine called Dukarol.

There's another oral cholera vaccine called Shanchol, made by an Indian company, Shantha Biotechnics. But the PAHO advisers aren't counting stocks of Shanchol because that vaccine isn't "pre-qualified" by the WHO -- a seal of approval that's necessary for UN agencies to buy it.

De Quadros says WHO is expected to grant prequalification status to Shanchol in the first half of 2011, but he didn't say how much additional vaccine that would make available.

Despite the dire shortage of vaccine, the PAHO group says global public health agencies and the government of Haiti should press ahead with cholera vaccination as fast as possible.

That means talking with vaccine makers on a monthly basis to see how much they can produce. Meanwhile, PAHO and its parent agency, the World Health Organization, should raise money to pay for as much cholera vaccine as the makers can crank out, the advisers say.

De Quadros says manufacturers have to be guaranteed a market for the vaccines or they won't make it.

He says the goal should be to "start a demonstration project in Haiti in March or April of next year, with continuation next year if vaccine becomes available and could be financed."

When the Haitian cholera epidemic broke out two months ago, PAHO and other health agencies were opposed to vaccination because, they say, there wasn't believed to be any prospect of enough vaccine, and because they considered a distraction from the urgent task of identifying and treating cases.

But now they favor vaccination because, they say, the disease will continue to cause disease and death in Haiti for the foreseeable future, and threatens to spread to other countries in this hemisphere.

"Right now we're in the middle of an outbreak. We don't know where it's going and when it will end, but it's like to persist for some time," says Dr. Roger Glass of the National Institutes of Health. "And for that reason we have to think both short-term and long-term about the possible use of vaccines."

So far cholera has sickened more than 91,000 Haitians and killed more than 2,000. The disease has begun to spread to the Dominican Republic, which shares the island of Hispaniola with Haiti.

On Friday, UN Secretary-General Ban Ki-moon announced the creation of an independent panel to investigate the origin of Haiti's cholera epidemic. Some Haitians have blamed UN peacekeepers from Nepal for bringing the disease to the island.

Scientists have determined that the Haitian cholera strain comes from South Asia, and is identical to types circulating in India. But they have not been able so far to pinpoint its origin.