Accessibility links
Food Safety Bill Nears The Finish Line : Shots - Health News The bipartisan bill would boost the Food and Drug Administration's powers to recall tainted food and increase inspections. But the House will have to pass the measure a third time before it can become law. 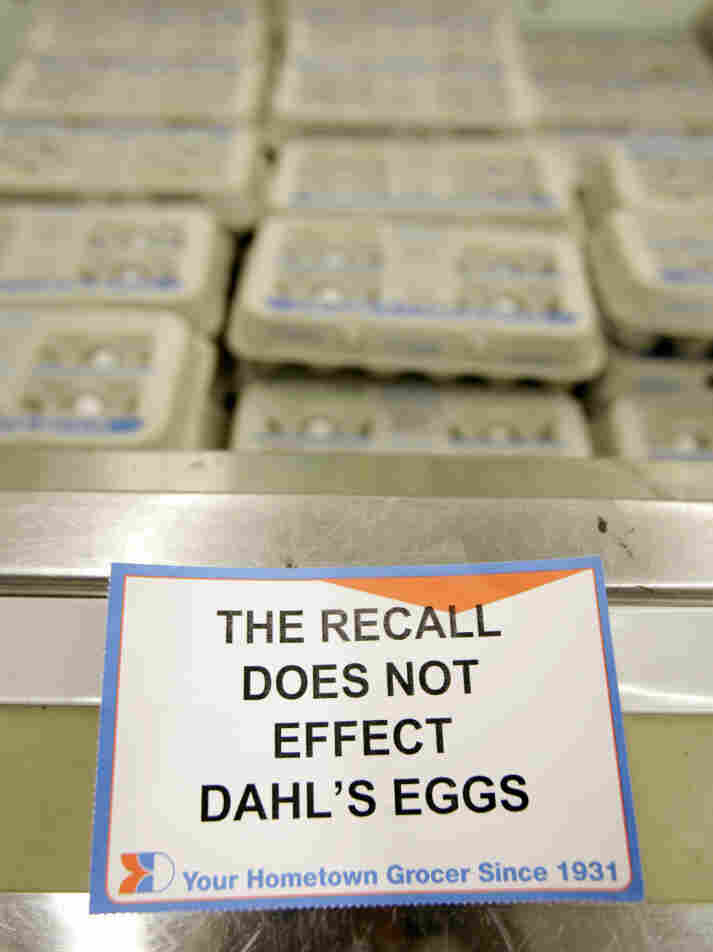 Signs like this one popped up all over grocery stores this summer after a major salmonella outbreak was linked to eggs. Charlie Neibergall/ASSOCIATED PRESS hide caption 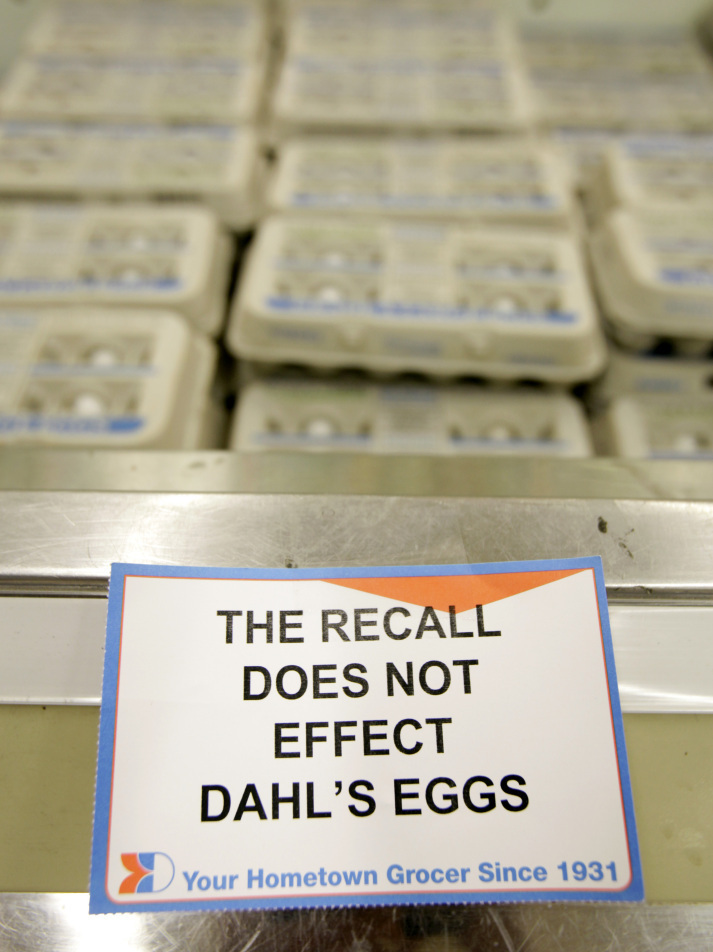 Signs like this one popped up all over grocery stores this summer after a major salmonella outbreak was linked to eggs.

How many times do lawmakers have to pass a bill before it sticks? Three, apparently. At least in the case of food safety and the House of Representatives.

"This legislation has seen more procedural fits and starts than any other, " said Rep. John Dingell (D-MI), who has been working on food safety issues for 20 years. "However, it continues to inch towards enactment."

The bipartisan bill would strengthen the FDA's authority over recalls and beef up inspections of the riskiest foods. But it's taken a long and torturous path through Congress, which indicates just how hard it is to pass a bill these days.

The House passed a sweeping food safety measure last summer. But that bill wouldn't fly in the Senate. So the House had to give in this fall and accept a scaled back version from the Senate.

The Senate had to overcome numerous procedural hurdles to get its bill through in November. There were financial objections from Sen. Tom Coburn (R-OK) and Democrats had to put off Sen. Dianne Feinstein (D-CA), who wanted to ban the chemical BPA from baby bottles.

Then it turned out the Senate screwed up and included language in its version that were technically supposed to come from the House first -- i.e. revenue raising provisions.

So the House fixed that and passed the Senate food safety bill again - this time as part of a bill designed to keep the government running through February known as a continuing resolution, or CR.

But late last week, Senate leaders feared that resolution might get snagged, so the food safety bill looked like it was in jeopardy again.

To avoid another showdown, the Senate passed the food safety bill again on Sunday afternoon -- separate from the CR. Which now means it needs to go back to the House for a third vote. That could happen as early as Tuesday, and then it would finally go to the president for signature.

Now while most observers say this bill's now on track to become law, no one's exactly popping champagne corks yet. There's always the potential for another oops.

"We still have plenty of time to foul this up," one Senate Democratic aide tells Shots.

Stay tuned later this week for our story on what the food safety bill means for consumers. Really!