Accessibility links
Some Scientists Skeptical Of Report On Chromium In Drinking Water : Shots - Health News The Environmental Working Group has sounded the alarm on chromium contamination of drinking water of 31 American cities with a new report. But some experts have expressed doubt about the study and its implications for consumers. 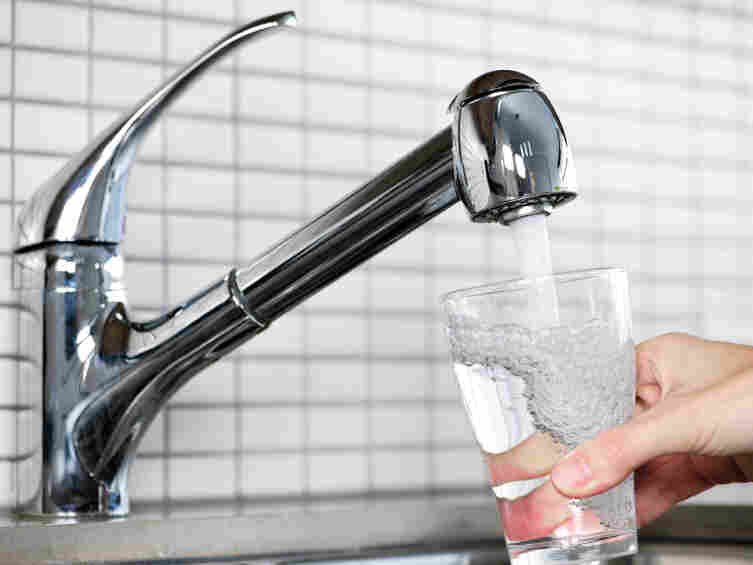 Some scientists doubt the findings of a report that suggests widespread chromium contamination of drinking water. Elena Elisseeva/iStockphoto.com hide caption 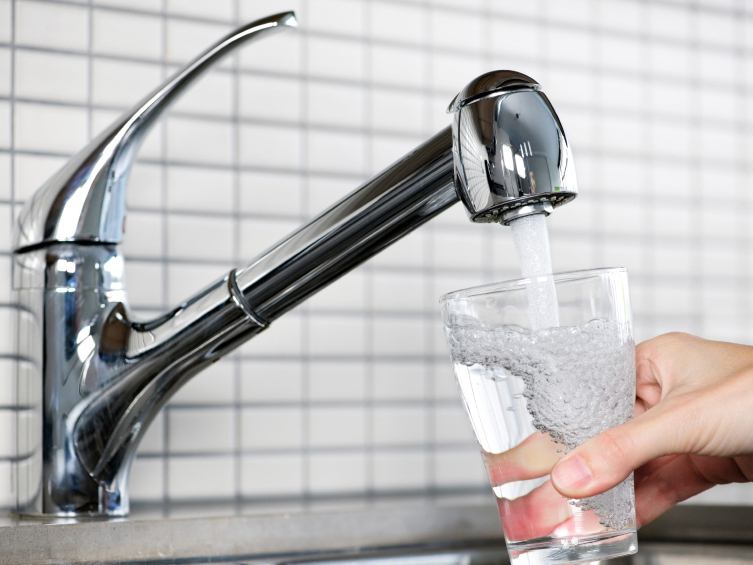 Some scientists doubt the findings of a report that suggests widespread chromium contamination of drinking water.

Putting the words "hexavalent chromium" and "drinking water" in the same sentence sounds like a recipe for people to worry.

And a report released Monday by the Environmental Working Group sounded the alarm on chromium lurking in the taps of 31 U.S. cities got people fired up. The group figured some 74 million Americans drink water containing a cancer-causing form metal.

But how concerned should we be about the findings from the study?

We asked Dr. Robert Baratz, an expert on metal exposure who teaches at the Boston University and Tufts University Schools of Medicine, to give us some context. He told Shots that it's difficult to draw scientifically valid conclusions from the single samples EWG took from water taps in a variety of cities.

And Baratz questioned EWG's decision to use a limit on chromium proposed for California as a benchmark for what would be an acceptable level nationwide of chromium. That didn't stop California's senators from calling on the feds to set standards, however, according to AP.

In California, the metal has been detected in ground water samples, which prompted the state to propose setting a limit of of 0.06 parts per billion (ppb) in drinking water to reduce cancer risk. That 2009 proposal was the first attempt by any state to set an enforceable limit for chromium in drinking water.

But, "such proposed limits are often arbitrary, and without strong foundation," Baratz says.

Hexavalent chromium, or Chromium-6, is the heavy metal that rose to infamy thanks to consumer advocate Erin Brockovich of Hinkley, Calif., and the Hollywood movie about her starring Julia Roberts.

There is, to be sure,  a growing body of research about the cancer risks of ingesting the metal. Studies by the National Institutes of Health National Toxicology Program have found lab rats that were given hexavalent chromium orally had significant increases in tumors at sites where tumors aren’t usually seen: the mouth and the intestine. It has also been shown to cause lung cancer in humans when inhaled.

But less is known about how chromium in drinking water affects humans, and how much is enough to be a problem. California EPA scientists have said that "hexavalent chromium is a possible human carcinogen by the oral route." But Baratz says most people get chromium from food or cigarettes, not water. Acidic foods can leach the metal from stainless steel pots, for instance.

Norman, Okla., had the highest concentration of Chromium-6 of any city in the EWG report with a concentration of about 13 ppb. But as Alfred Aleguas, managing director at the Northern Ohio Poison Control Center in Cleveland, told ABC News, that's not much. It's also a fraction of the 580 ppb found in Hinkley during Brockovich’s original investigation.