Accessibility links
With A New Congress, It's High Time For Some Health Overhaul Facts : Shots - Health News We look closely at claims made by Republicans and Democrats about the health law -- from Rep. Michele Bachmann's statement on its cost to Rep. Nancy Pelosi's contention of its benefits.

With the debate over health overhaul back in full force, we figured it's time to take another look at some of the claims being thrown around by Republicans and Democrats about the effect of the law and what might happen if it's repealed. 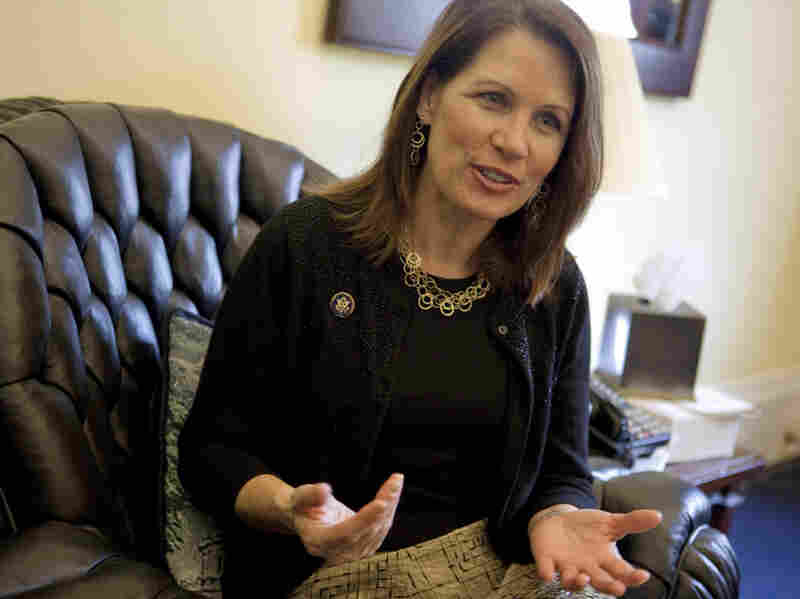 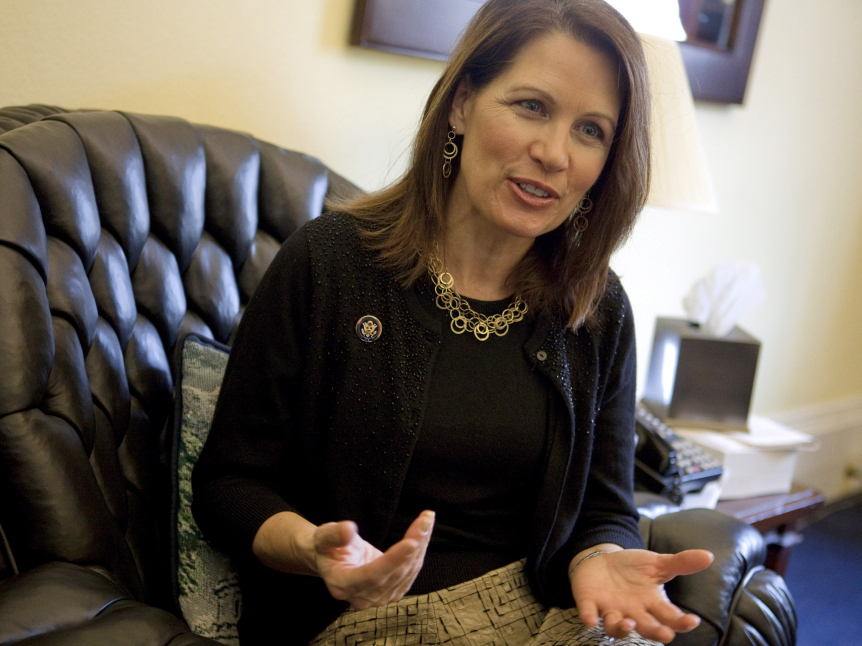 Rep. Michele Bachmann, R-Minn. in her office on Capitol Hill in Washington.

We found out that the bill is costing far more than we were told it was going to, and its now working to increase people's health care premiums, their private premiums, at astounding rates.

FACTS: The Congressional Budget Office, the official arbiter for the cost of legislation, said Thursday in a preliminary estimate that repealing the law would actually increase the deficit more than it thought last year, meaning the law actually saved more money. According to the CBO, a repeal would add "in the vicinity of $230 billion" to the deficit between 2012 and 2021, and more in the decade after that. Premium increases last year did go up substantially for many people, but most were due to rising medical costs, not the new health law.

It is a job-killing health care bill.

FACTS: Starting in 2010, the smallest firms (with fewer than 25 workers) are actually eligible for tax credits if they offer their workers health insurance coverage. Starting in 2014, however, firms with more than 50 workers will have to pay a penalty if they do not offer insurance and their workers buy insurance through new insurance "exchanges" and have low-enough incomes to receive a federal subsidy.

Individual parts of the bill are very popular: pre-existing conditions, no cap on coverage, caps on premiums, having your child stay on your policy until he or she is 26 years old, initiatives for America's seniors.

The one major provision that has remained unpopular is the one requiring most people to have health insurance or else pay a penalty. In the December CNN poll, it garnered only 38 percent support.

FACTS: Most of the major benefits of the law -- particularly those extending new health insurance coverage -- don't take effect until the year 2014. But many of the more minor benefits that have taken effect do affect millions of people.

For example, according to the U.S. Department of Health and Human Services, more than 1.2 million young adults have gotten back on their parents' health insurance plans since that benefit became available in 2010 and would lose it.

For more claims and the facts that challenge them, listen to the audio above from Thursday's All Things Considered.