Accessibility links
For Teens, Too Much Sugar Can Be A Heartbreaker : Shots - Health News Teens should cut down on sugar as a favor to their heart, a new study suggests. There's lots of room for improvement because the average teen consumes more than 28 teaspoons of added sugar a day.

For Teens, Too Much Sugar Can Be A Heartbreaker

For Teens, Too Much Sugar Can Be A Heartbreaker

Teenagers who guzzle a daily bottle of soda are probably not thinking much about their hearts as the sweet stuff runs down their throats. 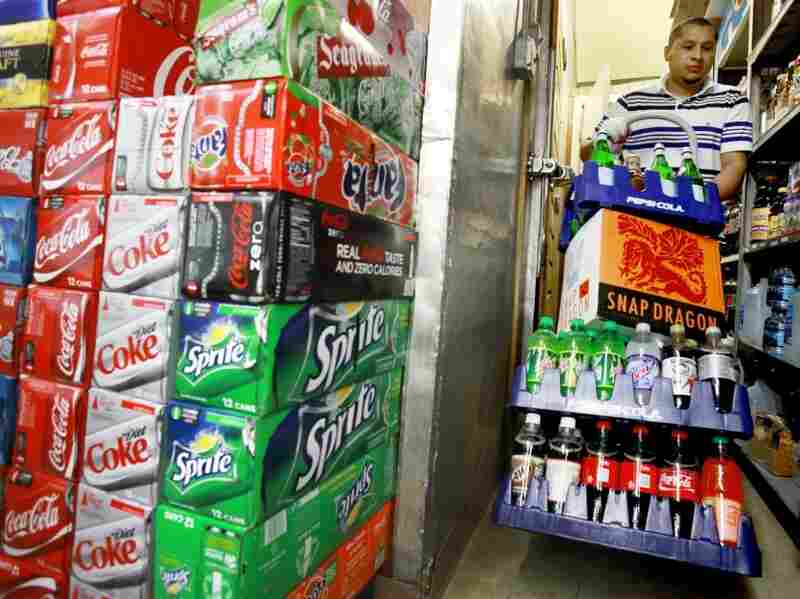 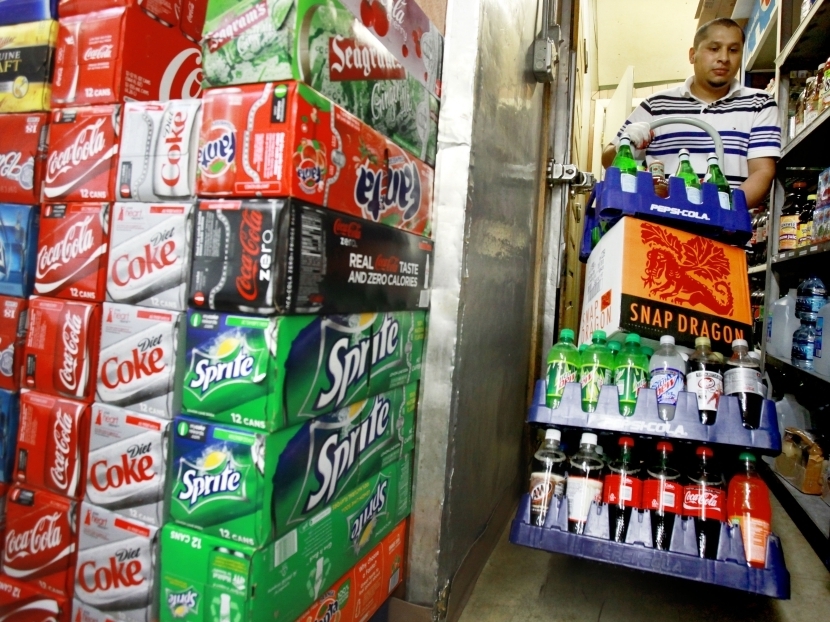 Antonio Garcia re-stocks the beverages at The Corner Market in Washington, D.C., in 2010. Study author Jean Welsh says that sweetened beverages tend to be the biggest source of added sugar.

But a new study suggests they should be. Teens who consume lots of added sugar -- usually found in sugar-sweetened beverages -- risk heart problems later in life, researchers found.

This main problem is the sheer volume of sugar American teens consume: 28.3 teaspoons of added sugar a day on average. That makes up a whopping one-fifth of their daily calories, according to Jean Welsh, study author and post-doctoral fellow in pediatric nutrition at Emory University School of Medicine. It works out to an average of 476 calories a day.

In the study, published online this week in Circulation: Journal of the American Heart Association, Welsh and colleagues used data from the National Health and Nutrition Examination Survey to look at risk of cardiovascular disease. They included data from nearly 2,200 adolescents between 1999 and 2004.

The study is the latest in a growing body of research connecting sugar consumption with risks to heart health.

So, what exactly is added sugar? Welsh says it's any kind of sugar added during food processing or by the consumer at the point of consumption. The two most common kinds of sugar are sucrose and high fructose corn syrup.

But finding out exactly how much added sugar is in your food requires some detective work. According to the Harvard School of Public Health, foods must have a label indicating their sugar content but they don't need to say whether the sugar is added or natural. Fortunately, they have a handy list of pseudonyms for added sugar.

So how to save teens hearts before it's too late? Welsh says substituting water for soft drinks would make a big difference for anyone -- not just teens -- looking to cut sugar intake.