Accessibility links
Asthma On The Rise: 25 Million Affected In U.S. : Shots - Health News Federal health officials estimate nearly 1 in 12 Americans, or 25 million people have the respiratory disorder. Asthma prevalence is up a little in recent years, but severe attacks have held pretty steady.

Asthma On The Rise: 25 Million In The U.S. Affected

Asthma On The Rise: 25 Million In The U.S. Affected 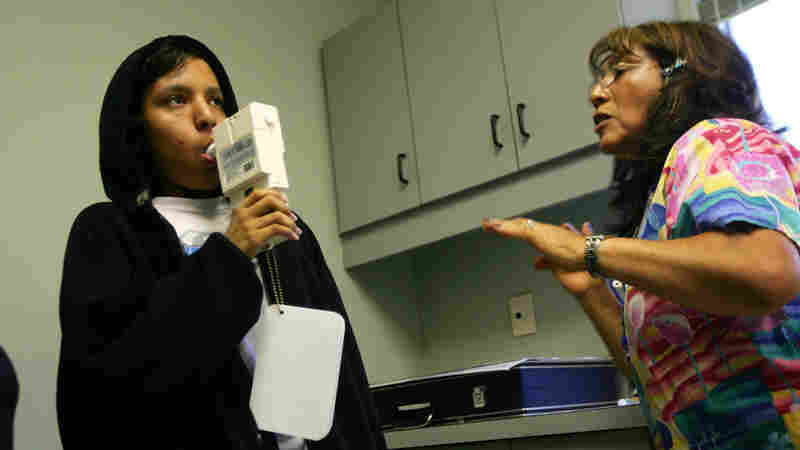 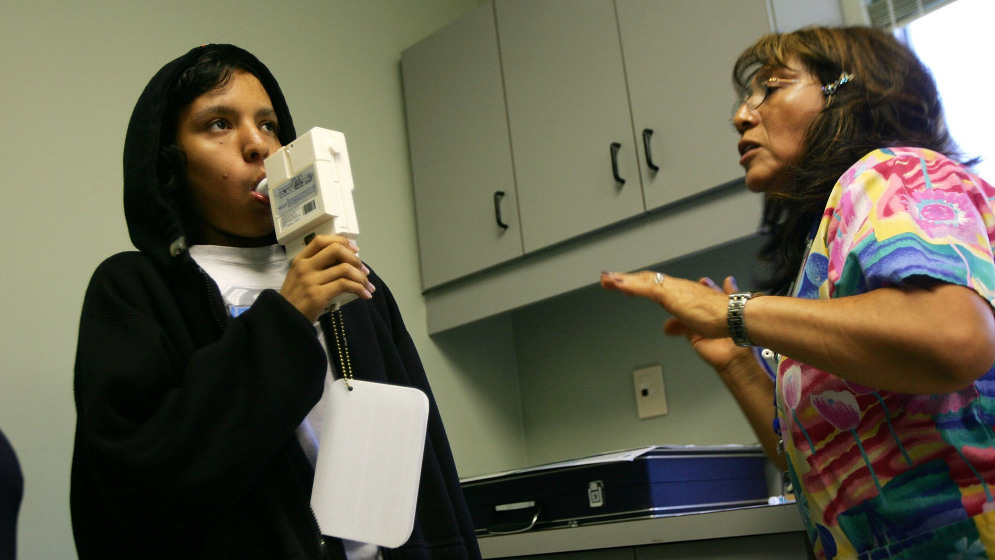 Nurse Maria Aguilar encourages teenager Jesus Ayala during a test of his lung capacity at a Los Angeles clinic in 2007.

If asthma sometimes seems to be everywhere, it's not exactly your imagination.

Federal health officials estimate nearly 1 in 12 Americans, or nearly 25 million people have the respiratory disorder. That works out to 8.2 percent of the population in 2009, the latest year covered by the research.

The results from the Centers for Disease Control and Prevention appear in this report.

The prevalence of asthma is up a little lately, from 7.7 percent in 2005.  How come? One reason is that doctors are looking for it more and are better at detecting it. The biggest increases in diagnosed asthma occurred in the '80s and '90s.

Asthma attacks, the severe breathing problems that can land someone in the hospital, affected 12.8 million people in the United States, or 4.2 percent of the population, in 2009. Attacks have held pretty steady for more than a decade.

There are variations in asthma rates. The condition is more common among women than men.  And it's more likely to hit children, blacks and people living below the poverty level.

Asthma is treatable. There are medicines to ease breathing and prevent attacks and steps people can take to avoid risk factors, such as tobacco smoke and mold.

For kids, it's particularly important to pay attention to allergies, which can trigger symptoms. About 90 percent of children with asthma also have allergies. Treating the allergies can go a long way toward keeping children out of hospital emergency rooms with asthma attacks.