Accessibility links
Tailgating Leads Sports Fans To Drunkenness : Shots - Health News In a study at two unnamed stadiums, 40 percent of fans who volunteered for testing were positive for alcohol consumption. About 1 in 12 of the people was legally drunk. 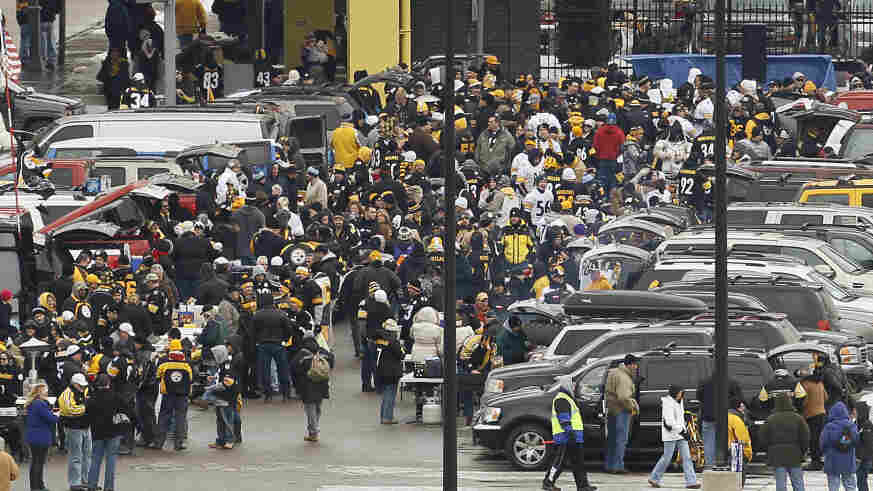 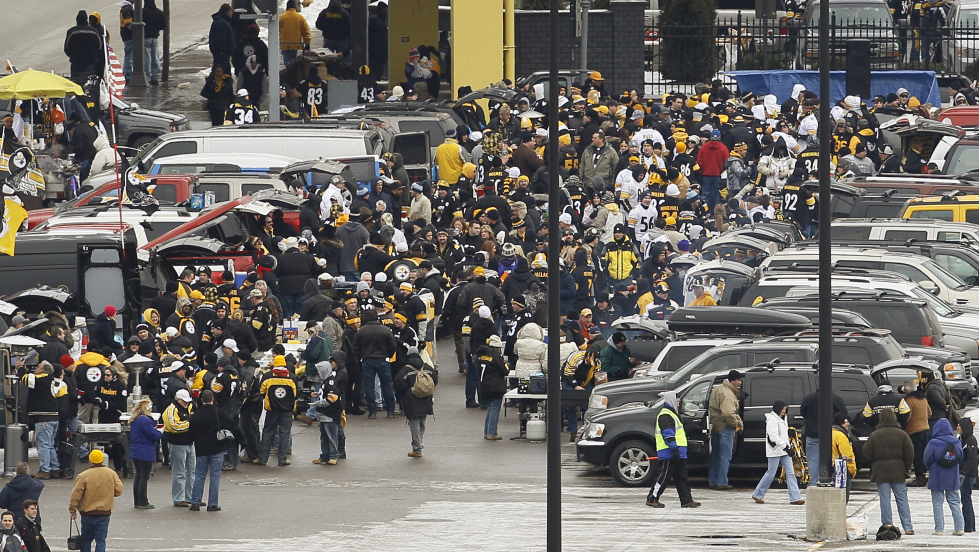 Fans tailgate outside Heinz Field in Pittsburgh before an NFL divisional playoff football game between the Baltimore Ravens and Pittsburgh Steelers, Saturday, Jan. 15, 2011.

Anybody who's ever been to a big sporting event has long figured that boozing it up in the parking lot beforehand can spell trouble.

Now we have some scientific evidence. A study just published in the journal Alcoholism: Clinical & Experimental Research finds that eight percent of adult fans were legally drunk after attending pro baseball and football games. Tailgating before the games was the biggest factor linked to drunkenness.

In the study conducted at two unnamed stadiums, 362 adults leaving major league baseball and professional football games agreed to answer a few questions and have their breath tested by researchers from the University of Minnesota. Forty percent tested positive for alcohol consumption. About 1 in 12 fans was legally drunk.

Lead researcher Darin Erickson told Shots the strongest predictor of who was drunk was whether the person had tailgated. Those who had were 14 times more likely to be found over the legal limit for driving than those who hadn't.

Erickson and his colleagues say the findings raise a potential public health issue. At a stadium seating 60,000 people, with 40,000 of them drinking-age adults, you might find 3,000 to 4,000 people leaving the place intoxicated, Erickson figures.

There's the obvious problem of whether the drunk people would be driving, but the researchers weren't allowed by the ethics committee reviewing the study to ask that question, though. And drinking to excess also raises the risk of falls, injuries and fights.

Still, given how much tailgating is a part of the fan experience, it's probably impossible to eliminate it, Erickson concedes. However, it might be possible to put some restrictions on pregame partying and to encourage less alcohol consumption.