Accessibility links
How Olive Oil And Ibuprofen Can Make You Want To Cough : Shots - Health News Humans have transformed a defense against noxious fumes -- a receptor at the back of the throat -- into an indicator of gourmet quality in olive oil. 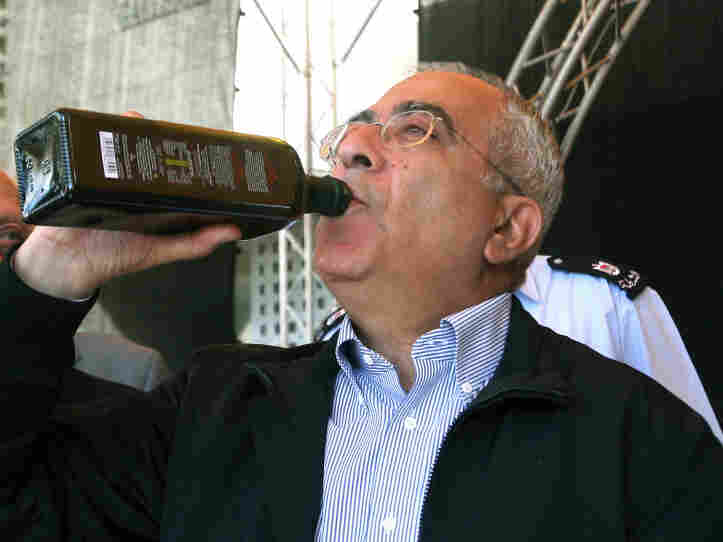 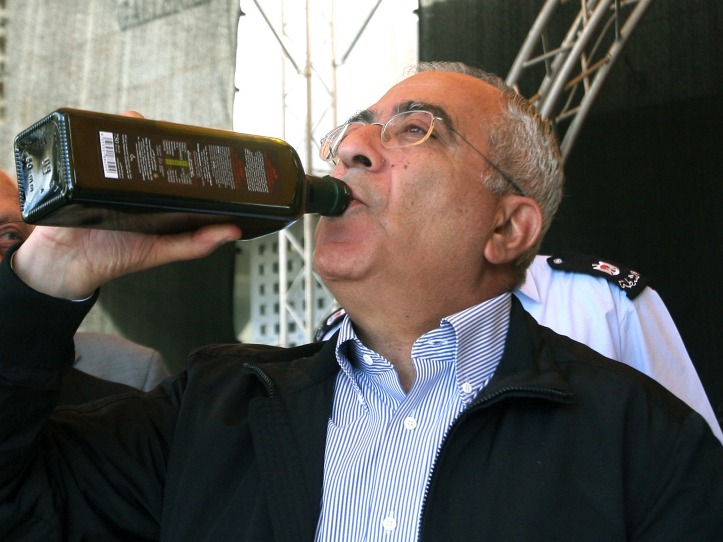 Ever wonder about that peppery and irresistible urge to cough you feel at the back of your throat when you slurp some extra virgin olive oil?

If you're EVOO junkies like us (and who isn't?) the answer is probably yes. 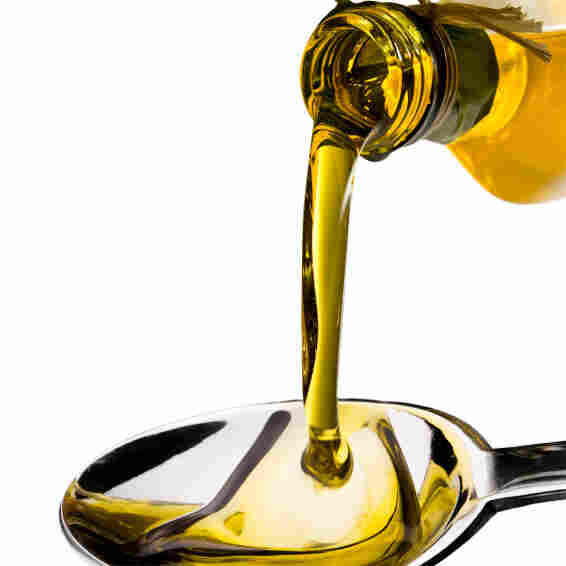 A receptor in the back of the throat seems to recognize an anti-inflammatory agent in extra-virgin olive oil. Ilker Canikligil/iStockphoto.com hide caption

So, we have another question. Ever try to swallow an ibuprofen tablet when you didn't have a glass of water around –- and ended up with a burning pain at the back of your throat that took hours to go away? We've had that happen too.

Well, it turns out in a weird coincidence that both sensations are caused by the same thing --- something called the TRPA1 receptor.

TRPA1 is a protein on the surface of cells at the back of your throat. It's probably there as a defense against noxious chemicals in the air. But it's also uniquely sensitive to EVOO and ibuprofen (and similar non-steroidal anti-inflammatory drugs).

That's interesting to scientists, because the common link is one of the most important phenomena in medicine – inflammation, and chemicals that dampen it.

Researchers at the Monell Chemical Senses Center and coworkers have discovered that those back-of-the-throat receptors recognize a anti-inflammatory agent in EVOO called oleocanthal. The chemical is a potent inhibitor of an inflammatory enzyme called COX (cyclooxygenase). And that's just how ibuprofen works to reduce inflammation.

The overlap between EVOO and ibuprofen is the subject of an article in the January 19 issue of the Journal of Neuroscience.

Back to that EVOO cough. Connoisseurs of olive oil know that the cough response is a marker for how pungent the oil is – a sign of purity. They even rate EVOOs as one-cough, two-cough, even three-cough.

This pungency is valued in other foods and seasonings – think wasabi, the tear-inducing green mustard served with sushi. Or that indispensable ingredient called garlic. (A related receptor is responsible for the perception of the chemical capsaicin, which makes chilis hot.)

But the same receptor activated by a good EVOO is also responsible for the get-me-outta-here feeling when humans inhale tear gas, tailpipe exhaust and the acrid smoke that asphyxiates firefighters. The insect repellent in citronella also works by tripping TRPA1.

The Monell scientists point out that the reason TRPA1 makes you cough is that it's positioned at "the last possible checkpoint" before noxious air enters the deep airways to the lungs. The cough is the body's way of expelling the bad air before it does real damage.

So isn't it ironic that humans have transformed a primal defense against noxious fumes into an indicator of gourmet quality? The authors of the paper wonder if it might have something to do with the health benefits of anti-inflammatory chemicals.

"We suggest," they write, "that by a process not yet well understood, people have come, perhaps unconsciously, to transform an inherently unpleasant sensation into a positive one because it has beneficial health effects" – namely, anti-inflammatory effects.

More than just curious, the observation might contain some medically valuable clues. Maybe, scientists think, the TRPA1 receptor can tell them something about treatment of chronic pain and asthma.