Accessibility links
Fake Blueberries Often Masquerade As Real Fruit : Shots - Health News A natural foods advocacy group points out that food marketing of blueberry-flavored products can be deceptive when those products don't have any real blueberries in them. 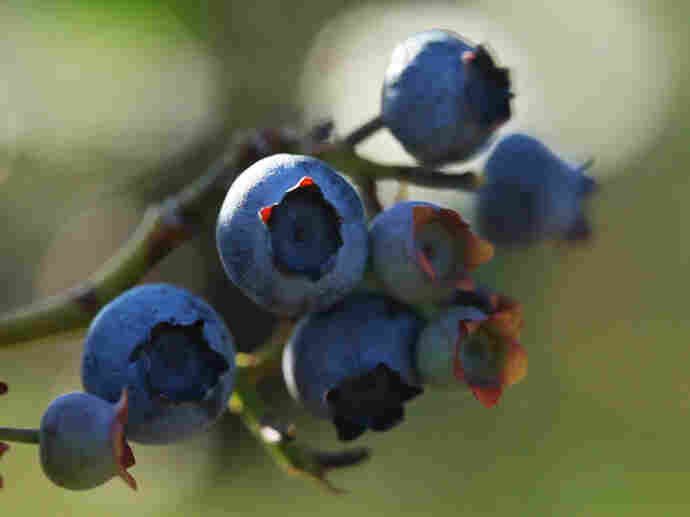 Just because this fruit's on the front of your food package doesn't mean it's really inside. Maggie Starbard/NPR hide caption 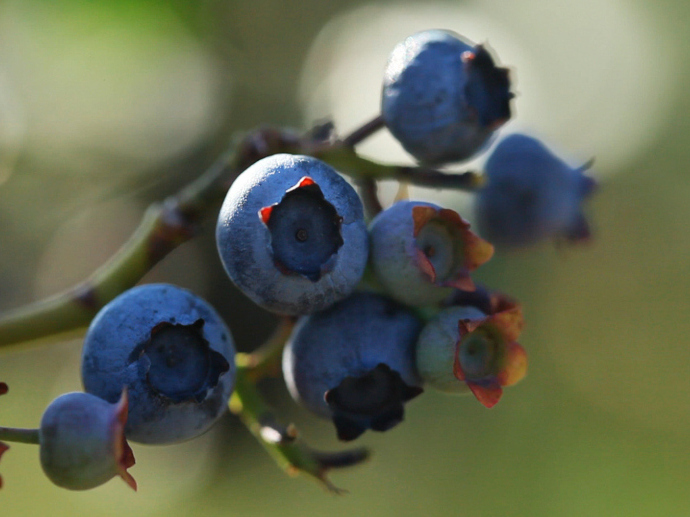 Just because this fruit's on the front of your food package doesn't mean it's really inside.

Sure, blueberries are good for you, and they taste terrific. That's why food marketers make blueberry-flavored stuff.

But why is it OK to list blueberries on a package of something that doesn't have blueberries in it?

With dramatic sound effects and scary music, a video produced by natural food advocates at the Consumer Wellness Center points out that this kind of marketing can be deceptive.

Instead of using real blueberries, some companies use blueberry "bits" and "particles," which typically consist of various sugars and starches coated with food dye to make them look like blueberries, the documentary shows. A couple are from Kellogg's, which has gotten in trouble with packaged cereal claims before.

For example, from the video:

Kellogg's Frosted Mini Wheats also come in a Blueberry Muffin variety, with fresh blueberries prominently featured on the front of the package. But inside, there are no actual blueberries to be found. Instead, you get "blueberry flavored crunchlets" — yes, crunchlets — made from sugars, soybean oil, red #40 and blue #2.

It's true! Here are the blueberry flavored crunchlets, right on the ingredient list.

Company spokesman Kris Charles says the product is "labeled in compliance with applicable laws and regulations."

Now, this isn't the first time the food industry's been a little loose with food definitions. Earlier this week, things got sticky for McDonald's because the state of Vermont objected to the company's "Fruit and Maple Oatmeal." It doesn't contain real maple as that state defines it.

Apparently, the company just settled, agreeing to offer real maple syrup on the side to customers in Vermont.

A spokeswoman for the Food and Drug Administration said the agency would have to review the blueberry-pushing products to determine whether they violate any laws. That could take a while.

So what's a consumer to do now? Turn the box over and read the fine print on the ingredients list to see if there's any real fruit in there before buying.

Better yet, buy a box of fresh blueberries and top your plain old cereal with them.