Accessibility links
Fever-Related Seizures Prompt Look At Flu Vaccine For Kids : Shots - Health News FDA says there have been 42 cases of febrile seizures in young children after Fluzone shots as of Dec. 13. The findings are preliminary, and federal officials are looking to see if the vaccine is to blame or something else is going on. 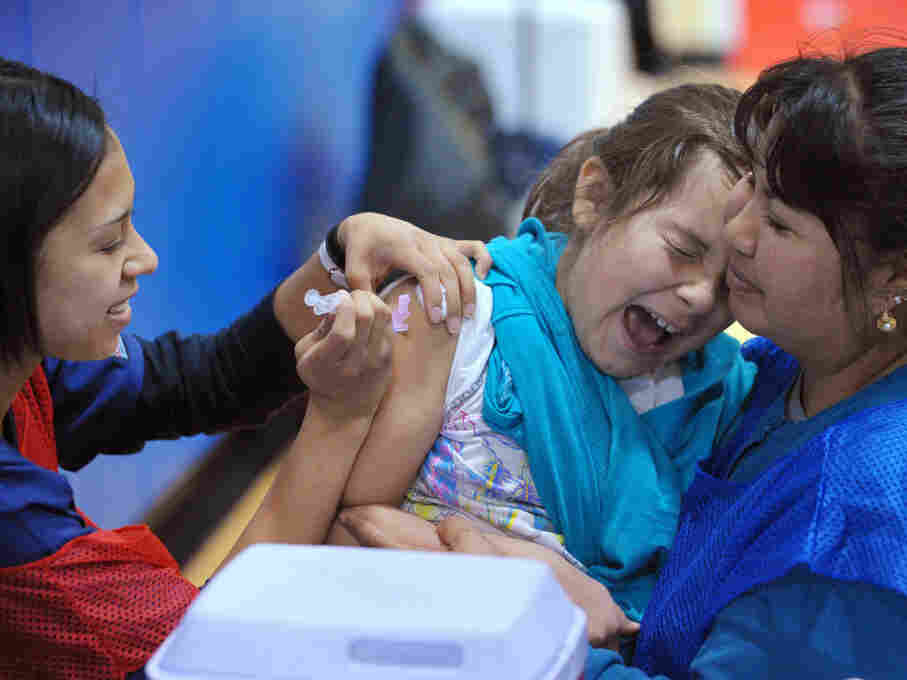 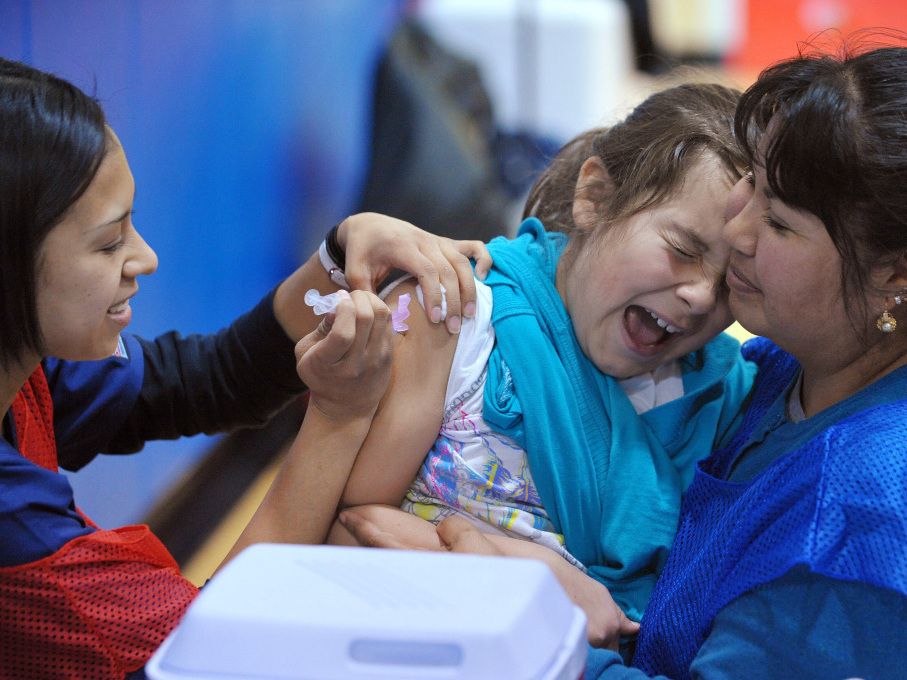 A blip in seizures reported among young children immunized against the flu has led federal officials to investigate if there's a link with Fluzone, the only vaccine approved for infants and kids 6-23 months old.

The Food and Drug Administration and the Centers For Disease Control and Prevention say a surveillance system they use to keep track of vaccine reactions found an increase in fever-related seizures among children vaccinated with Fluzone.

FDA says there have been 42 cases of febrile seizures after Fluzone shots as of Dec. 13, Reuters reported. The findings are preliminary, the agencies said, and they're looking to see if the vaccine is to blame or something else is going on.

Sanofi-Aventis, maker of the vaccine, didn't respond immediately to Shots' request for comment.

There's no change in recommendations for flu vaccinations. The CDC recommends all kids 6 months and up get immunized against seasonal flu.

These febrile seizures, seen mostly in kids under 2, didn't cause lasting problems. All the children whose seizures were reported recovered just fine, the FDA said.

In general advice to pediatricians about fever-related seizures back in 2008, the American Academy of Pediatrics notes:

[A] simple febrile seizure is a benign and common event in children between the ages of 6 and 60 months. Nearly all children have an excellent prognosis.

About 4 percent of kids will have a seizure related to fever — usually between 6 months and turning 5.

Update: Sanofi Pasteur, the unit of Sanofi-Aventis that makes Fluzone, said in a statement that the seizure reports are higher than the expected number from historical data. Still, the company said, "At this point no correlation between influenza vaccine and febrile seizures has been established."

The company said it's "working closely with FDA in the investigation of these events and will thoroughly assess all cases of febrile seizure and any other adverse experiences reported following administration of our vaccine."