Accessibility links
Epilepsy Blamed For Chopin's Dark Hallucinations : Shots - Health News Composer Frederic Chopin was afflicted by health problems, including vivid hallucinations, during his brief life. Researchers say his condition contributed to a cliched view of him as a suffering artist. They say knowing about his condition will help people better understand him. 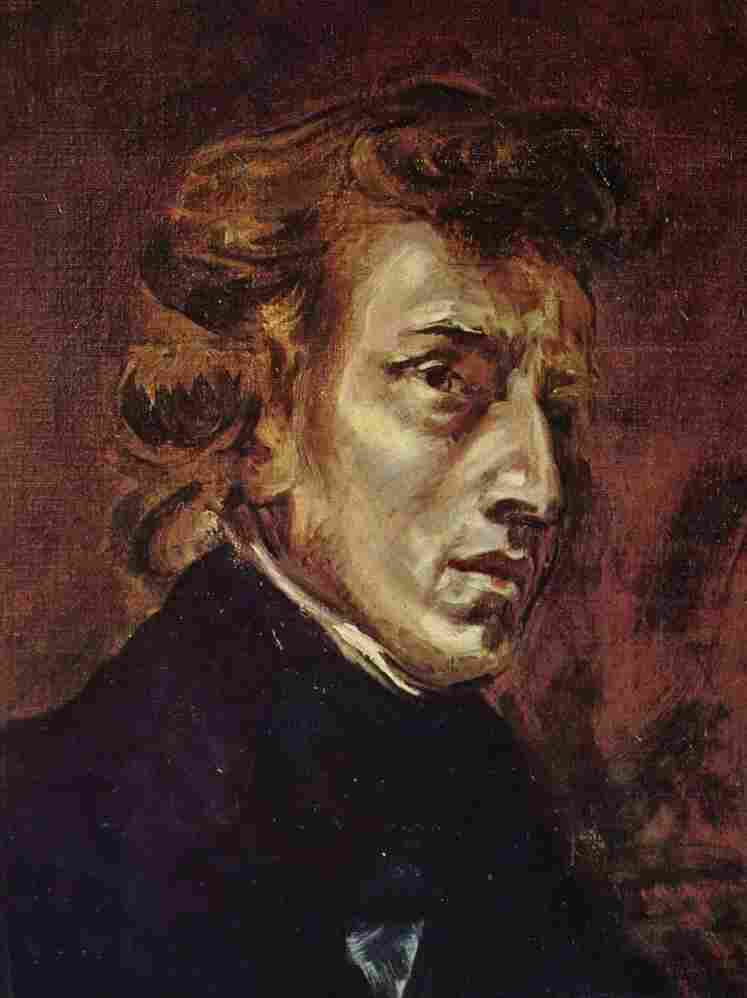 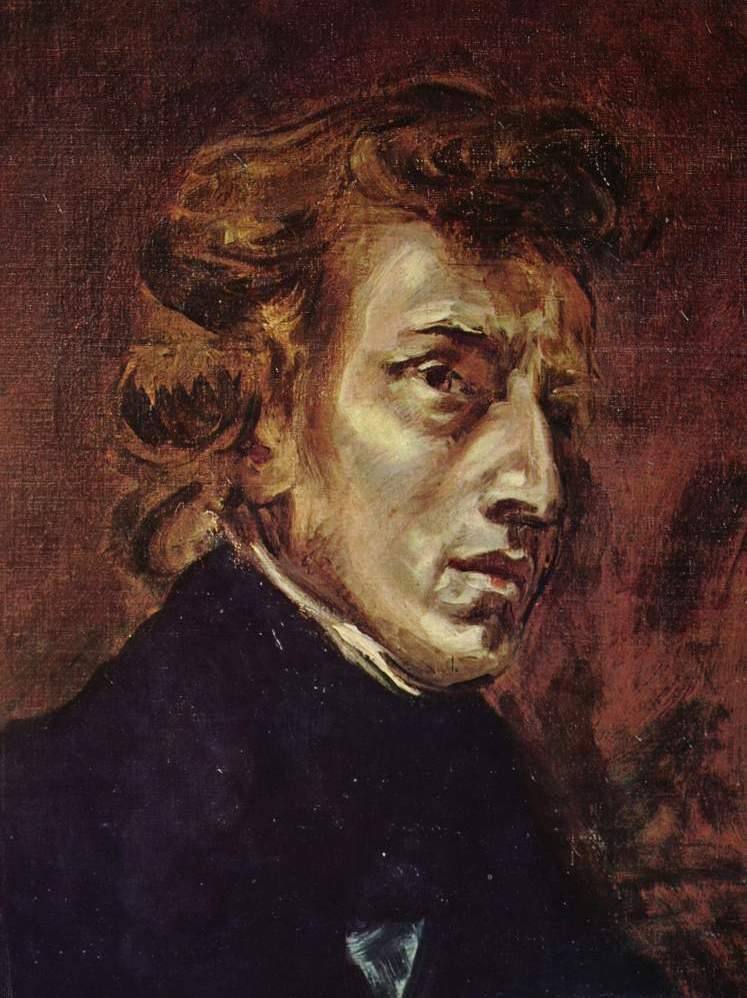 Frederic Chopin as portrayed in 1838 by Eugène Delacroix.

The prolific musician and composer Frederic Chopin was a giant of the Romantic Era, known for writing passionate pieces for the piano. But the Polish-born Chopin was afflicted by mysterious health problems, including vivid hallucinations.

In Chopin's day, friends attributed these episodes to the composer's creative genius.

But Spanish researchers say this week in the journal Medical Humanities they may have a better diagnosis: temporal lobe epilepsy.

The authors say epilepsy wasn't well understood during Chopin's lifetime. "If he lived today, he would be correctly diagnosed and treated," Manuel Varquez Caruncho, a radiologist at Xeral-Calde Hospital Complex in Spain, tells Shots. "No problem at all."

What were his symptoms? Chopin described seeing "a cohort of phantoms," according to his lover George Sand. "The phantoms called him, embraced him… and he pushed away their skeletal faces away from his [face] and fought under their icy hands," she wrote, as Tad Szulc notes in the biography Chopin in Paris.

Hallucinations can be caused by a number of things, Caruncho says. But he eliminated other diagnoses based on accounts of Chopin's symptoms in the writings of the composer and his friends.

The scientists nixed schizophrenia because the disorder is usually associated with auditory hallucinations, while Chopin's were visual. Migraines can cause hallucinations too, but they tend to last longer than the brief ones that Chopin was thought to have. And while Chopin took opium, Caruncho says Chopin's visions set in before he started using the drug.

Caruncho describes himself as a music lover who has long been fascinated with Chopin. "Every time I read a biography about Chopin, I thought about it in medical terms," he says. Caruncho spent years combing correspondence and articles to write the paper.

In addition to his hallucinations, Chopin suffered from a litany of other health problems. Researchers have offered many diagnoses to account for them, including cystic fibrosis and alpha 1-antitrypsin deficiency. Chopin died in 1849 at age 39.

The authors write that Chopin "was the epitome of a frail and sensitive man, his illness enhancing the romanticised cliche of a sentimental artist." They say knowing more about Chopin's condition helps to dissipate the dark legends of a tortured composer.