Accessibility links
Dugway Proving Ground Reopens After Missing 'Nerve Agent' Found : Shots - Health News The base came up short when inventorying its supply of VX, a potent chemical developed as a weapon. The missing vial was found, and the base reopened after a 12-hour lockdown. 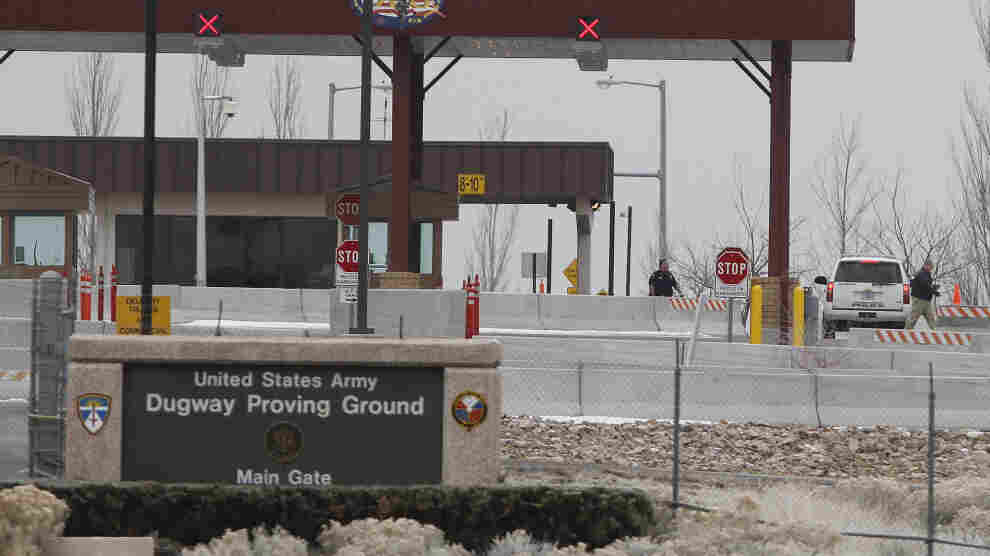 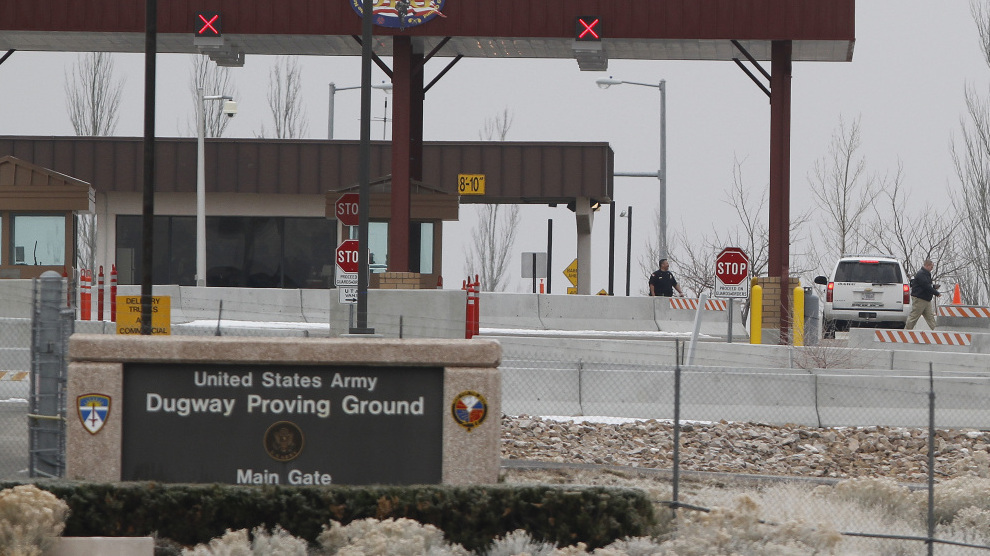 The main gate at Dugway Proving Ground in Utah.

If there's one thing that drives me nuts, it's misplacing a tiny vial of chemicals used in chemical warfare.

Happily, the folks at the U.S. Army's Dugway Proving Ground found a lost vial of VX nerve agent that led to a 12-hour closure of the sprawling base not far from Utah's Great Salt Lake.

When Dugway was locked down Wednesday nobody knew why because the military would only say there was a serious but unspecified problem. Now we know that the base came up about 1 milliliter short — less than 1/4 of a teaspoon — when inventorying its VX supply, CNN reported.

Now that may not sound like much, but VX is the "most potent of all nerve agents," according to the Centers for Disease Control and Prevention. A tiny drop of VX on the skin can kill you.

The United States ratified a multilateral chemical weapons treaty in 1997 that included a commitment to destroy stockpiles. Workers at Dugway develop and test ways to keep U.S. troops safe from chemicals and biological warfare agents used against them.

The Dugway commander sealed the facility while workers there looked for the cause of the discrepancy between records and the supply on hand. They found the missing vial early Thursday morning and reopened the. No one was hurt or put in danger, reports said.