Accessibility links
Weighty Issue: Keep Junior Off Solid Food During His First 4 Months : Shots - Health News Formula-fed kids who started on solid food by four months were six times more likely to become obese as preschoolers. For kids who got breast milk, there was no difference in obesity risk tied to when solid foods were introduced. 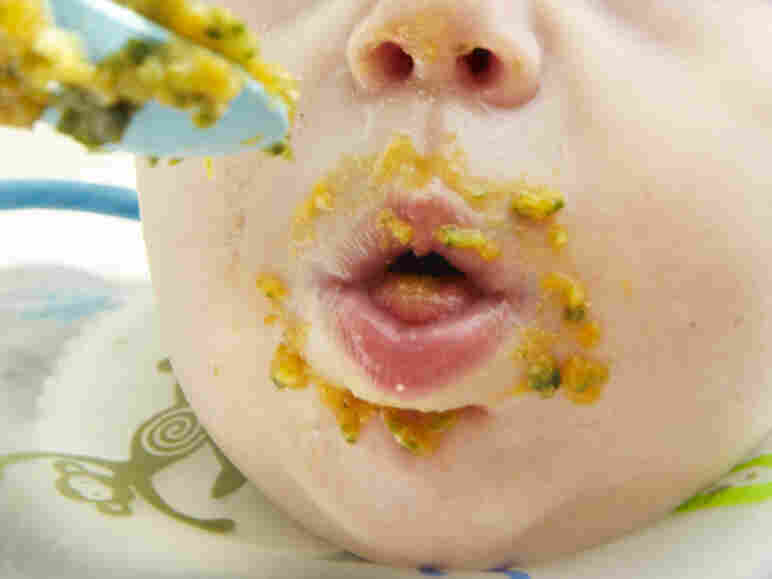 Hold off on this mess until baby is at least four months old. iStockphoto.com hide caption 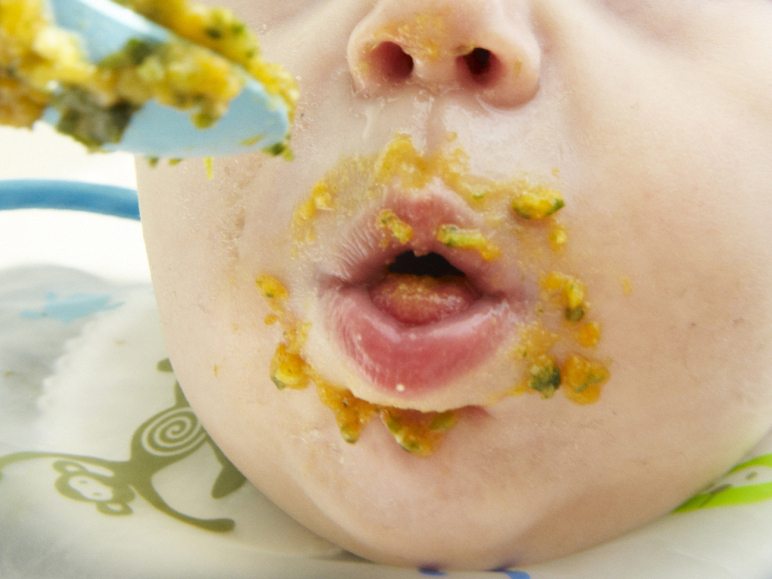 Hold off on this mess until baby is at least four months old.

Parents these days seem in such a hurry to move their kids through the milestones of development.

But moving kids from formula to solid food is one change parents may want to take their time making. Trying solid food with formula-fed kids before they hit four months of age raises the odds they'll be overweight as preschoolers, according to research findings just published online by the journal Pediatrics.

In a study involving more than 800 young children, researchers from Children's Hospital Boston and Harvard noted whether babies were breastfed or got formula. Then they looked at when they were weaned and how much they weighed as 3-year-olds.

At three years, 75 kids, or 9 percent of the group, were obese. After crunching the numbers, the researchers found that the formula-fed kids who started on solid food by four months were six times more likely to be obese. For kids who got breast milk, there was no difference in obesity tied to when solid foods were introduced.

To put a point on it, 7 percent of breastfed kids were obese 3-year-olds compared with 13 percent of the formula drinkers. About two-thirds of the kids were breastfed. One-third got formula.

It's becoming clear that what and how much we eat early on in life can have a big influence on weight later on. Or, as an editorial in the American Journal of Clinical Nutrition, put it a few years back:

[M]ounting evidence suggests that the first few months of life are critical for the development of obesity, an inference that raises a number of research imperatives.

One of the research projects the editorial called for was a study like the one just published in Pediatrics. The obesity difference in the study wasn't explained by babies growing superfast in the first few months.

Instead the researchers hypothesize that maybe the babies who are breastfed are better at regulating their intake of food once solids come along.

Whatever is going on, the researchers recommend parents pay attention to longstanding advice that babies shouldn't be eating solid food until they're at least four months, and probably better still, around six months.