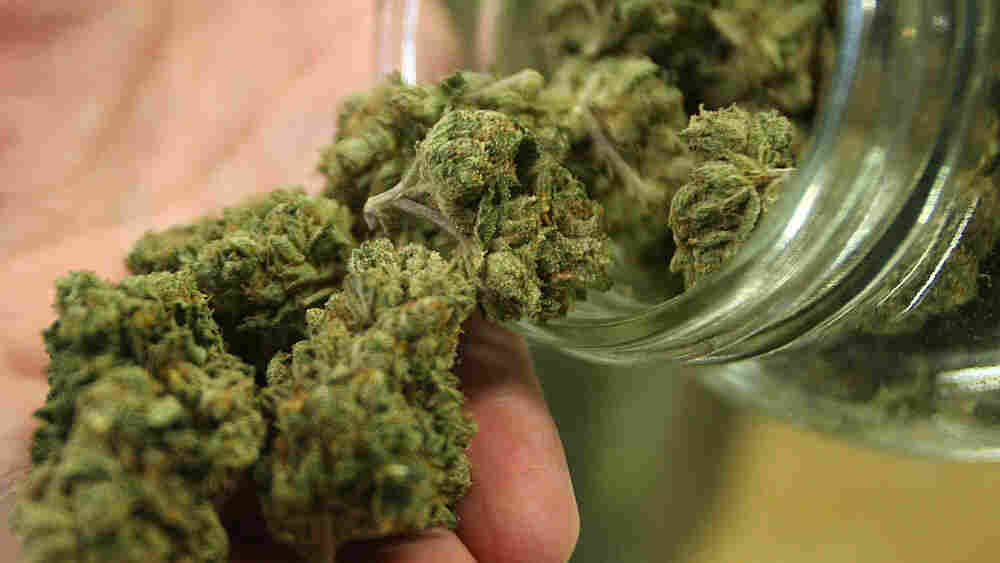 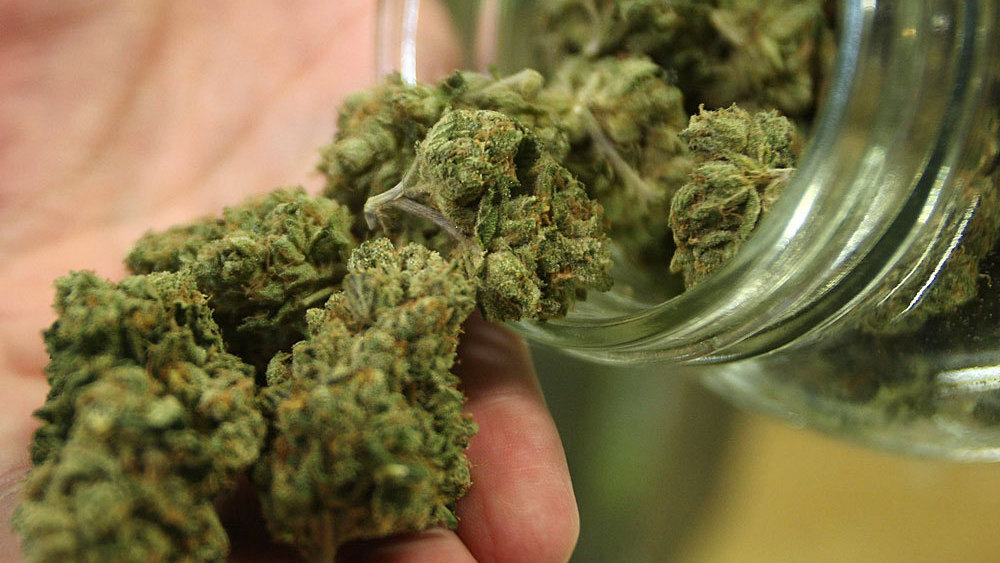 Marijuana buds tumble out of a jar.

Can marijuana use lead to mental health problems popping up sooner?

The question weighs on the minds of parents and doctors. Now there's more evidence, culled from more than 80 different studies, that marijuana can speed up development of serious psychotic illness.

Australian researchers found that marijuana users who developed psychosis were 2.7 years younger than nonusers who became psychotic. Other sorts of substance abuse sped up psychosis by 2 years, but alcohol alone showed no effect. The result were published online by the Archives of General Psychiatry.

The researcher say the results point toward a strong effect for marijuana in vulnerable people:

This study lends weight to the view that cannabis use precipitates schizophrenia and other psychotic disorders....

Alternative explanations could be that people prone to psychosis are medicating themselves with marijuana or that the drug worsens subtler symptoms.

"It is a wonderful meta-analysis," Dr. William Eaton, chairman of the mental health department at the Johns Hopkins Bloomberg School of Public Health, told Shots after reviewing the paper. The work is both "timely and well done," he says, and adds to the evidence that "there is an association between using cannabis and psychosis."

Proving causation is a high bar, and Eaton says this paper can't be said to go that far. "I think it could be true, but there's no real compelling evidence of that."

Still, he says, the researcher's consolidation of the literature is valuable and important. And the finding that marijuana is associated with earlier onset of severe mental illness is troubling, Eaton says. Even a few years can make a big difference in how a young person's life unfolds. Someone who becomes mentally ill at 22 has a better prognosis than someone struck at 18.

What should parents do? If there's a history of schizophrenia in a family, Eaton says, or the "kids were a little strange," say loners or prone to flight of fancy, "I'd be real worried about them using marijuana." He says we should "protect people" from marijuana who might be on the road to developing psychosis.