Accessibility links
Wild Oyster Reef Death Doesn't Equal A Bivalve Shortage : Shots - Health News A new report on the environmental impacts of wild oyster reef devastation has led many to incorrectly conclude that the oysters we eat are disappearing. In fact, 95 percent of our oysters are farm-raised. 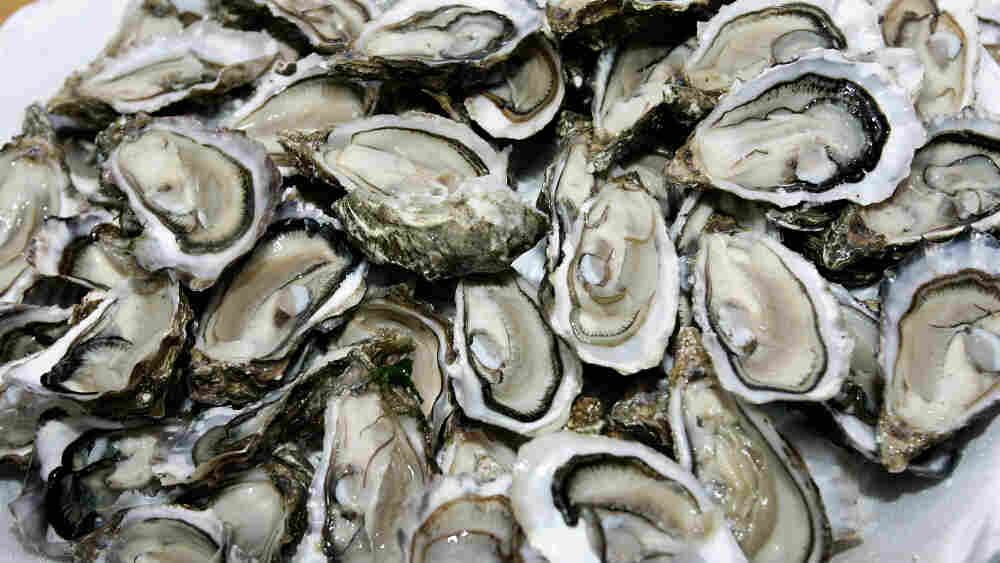 Not to worry, there are still lots of these beauties around. Jean-Pierre Muller/AFP/Getty Images hide caption 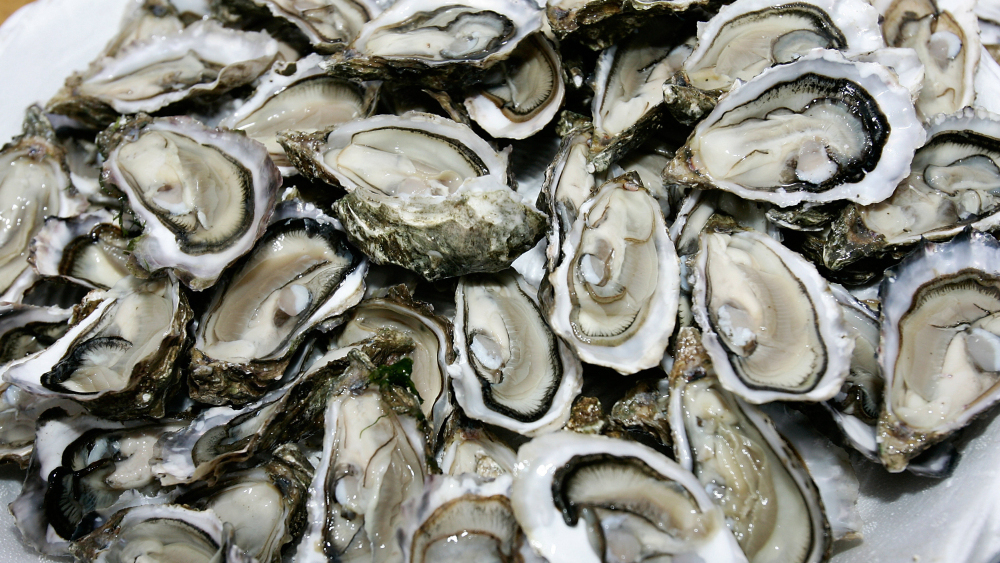 Not to worry, there are still lots of these beauties around.

Screaming headlines this week threatened of a wild oyster "apocalypse" and told foodies to eat up before these precious bivalves become extinct. That's because a report published in BioScience says 85 percent of wild oyster reefs are gone.

But Julie Qiu, who writes an all-things-oyster blog called In A Half Shell, says, "Stop panicking and get the facts."

Facts like this one: 95 percent of the oysters we slurp up at fancy restaurants and roadside shacks alike are farmed, not wild, according to the Monterey Bay Aquarium. So you're not likely to see a big change on your plate anytime soon.

Now, we're not quibbling with the environmental health facts about native oyster reef depletion. These reefs serve as barriers to land erosion, and the oysters themselves help filter and purify seawater, so less of them is bad.

"The [BioScience] report was really great about the environmental conditions of oysters today, but it didn't make the connection to the way we eat," Qiu tells Shots. And that led a lot of people to jump to conclusions, she says.

Wild oyster reef depletion is sad but old news. The Climatide blog reports that this data's been out for over a year. And we've done a dozen pieces already on the problems and restoration efforts underway in recent years, including this one about the depletion of oysters on the West Coast in 2008.

We'll no doubt do more stories on this, not to mention continue to keep tabs on oyster-related recalls, the status of the oyster business, and oyster safety in the aftermath of the Gulf oil spill.

As NPR science correspondent (and King of Puns) Richard Harris puts it, we need to say "Oyster-la-vista" to the hype about the vanishing oyster supply.