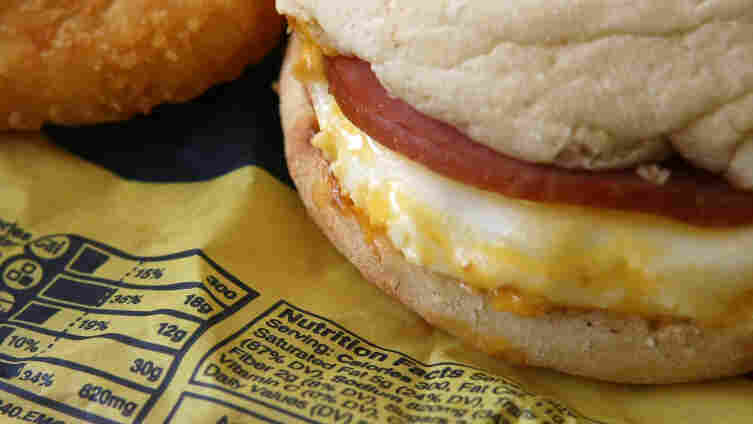 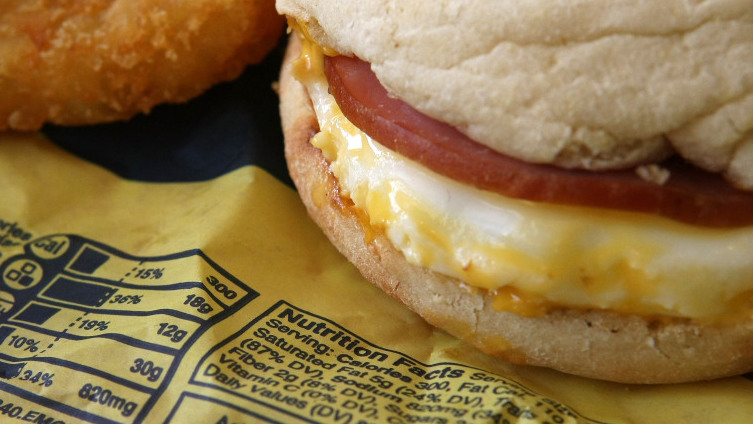 Does knowing the nutritional info for food options influence your choice? A McDonald's Egg McMuffin makes its case.

When the health law was signed last March, nutrition experts applauded the new requirement that most chain restaurants print calorie information about the foods they serve on the menu.

But it's going to take a whole lot more than simply posting calories to get people to change their eating habits at fast-food restaurants, concludes a study just published in the International Journal of Obesity

Researchers did a real-life study of low-income, mostly minority parents and adolescents who eat out regularly at fast food joints in New York City. They surveyed them about their eating habits before New York's labeling laws took effect in July 2008. Then after the laws were in force, they interviewed more people of similar ethnic and economic backgrounds before they walked into the restaurants and then checked their receipts when they left.

Meanwhile, they surveyed a comparable group of people dining at fast-food restaurants in Newark, New Jersey, where there's no labeling law.

In the study of 427 people, many were adolescents making their own food purchases. About half of the teens said they saw the calorie counts, and 9 percent said the information influenced their dining choices. But the researchers found no significant difference in the number of calories they purchased before or after the labeling law took effect. It found similar results in parents buying food for their kids.

There are a lot of reasons why this might be, says lead researcher Brian Elbel, an assistant professor of medical and health policy at New York University — stuff like proximity of the restaurants to the neighborhood, lack of healthier food choices nearby, price (which Wal-Mart is working on), and peer influence. And of course, there's the advertising directed at kids, which fast food companies are frequently getting dinged for.

"It's hard for numbers on a menu board to be able to compete with Ronald McDonald," says Elbel. The new study differs from other studies we've reported on that show parents do make better food choices for their children when faced with calorie counts, and studies done for New York's Department of Health, which has a lot of skin in the game.

Elbel acknowledges his study was small and targeted. For example, it didn't take into account people who may be avoiding fast food chains due to the new calorie labeling.

The bottom line, Elbel says, is that more work needs to be done on the public policy front to help educate people about what calorie counts mean and how they can help lead to better health.

The federal rules on restaurant labeling are likely to be released next month, and enforcement will start a year from then.

But Elbel says they country shouldn't stop there. He believes it's time to take a serious look at a soda tax to discourage consumption, and how to make healthier food cost less.