Accessibility links
Zinc May Help Fight Cold Symptoms After All : Shots - Health News The latest review of the medical evidence about zinc finds that it can reduce the length of a cold by about a day, and helps reduce the severity of symptoms, too. 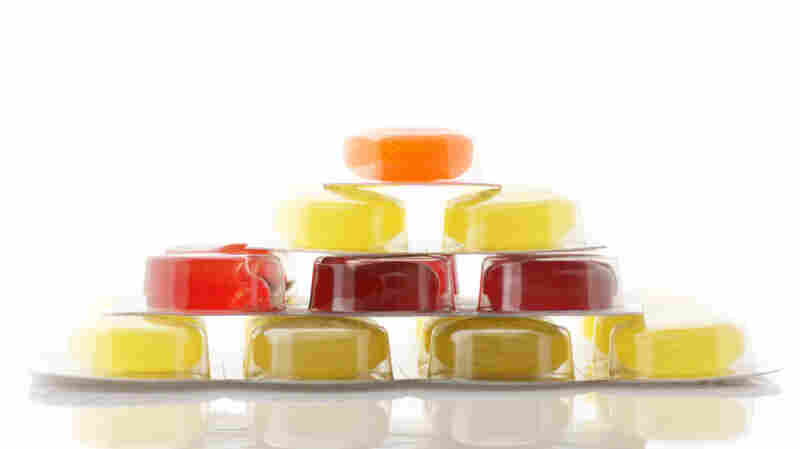 Evidence is piling up in support of zinc's ability to ease cold symptoms. iStockphoto.com hide caption

Evidence is piling up in support of zinc's ability to ease cold symptoms.

Taking zinc can reduce the length of a cold by about a day, according to a new review of the medical evidence by an influential group of international experts.

Wait a minute. Isn't the Cochrane Collaboration, a bunch of folks who love nothing more than sifting scientific evidence, the same outfit that said a while back that zinc doesn't do bupkis in fighting colds? Yep.

But the latest Cochrane review should be more helpful when deciding whether it's worth sucking on icky-tasting zinc lozenges in an effort to feel less sneezy and sniffly.

Studies have been all over the map on the benefits of zinc as a cold-fighter. Back in 1999, a Cochrane review found little evidence that zinc helps reduce the misery of the common cold. This new review evaluated almost twice as many randomized, placebo-controlled studies as the 1999 effort – 15 compared to 8.

It found that over-the-counter products with zinc did reduce the severity and duration of people's cold symptoms overall, particularly if they started taking zinc within 24 hours of feeling symptoms. Two of the studies also found a reduction in the number of colds that people had

"There was reduced use of antibiotics in those who used zinc," says Kay Dickersin, a professor of epidemiology at Johns Hopkins Bloomberg School of Public Health, who directs the U.S. Cochrane Center. That's good, Dickersin says, because antibiotics are generally overused, and are useless against the viruses that cause colds.

Zinc is a trace mineral that the body needs for basic biological processes like cell division. It's not clear how zinc might combat colds. The body needs zinc for basic biological processes like cell division, and it may also have some antiviral effects. Or it may prevent the release of histamine and prostaglandin, which increase inflammation in the nose that leads to stuffiness, pain, and sneezing.

Despite the conflicting evidence for zinc as a cold-fighter, in the past decade zinc-laden tablets, lozenges, syrups, and nose sprays have become a staple on drugstore shelves. In 2009, the Food and Drug Administration warned against using zinc nose swabs and gels because more than 130 reported losing their sense of smell after using the products.

If you're considering zinc products as a cold remedy, start taking zinc as soon as possible after cold symptoms first appear. Study participants reported the most benefit when they took zinc medications within 24 hours of a cold's onset. People had to take zinc regularly for at least five months for zinc to have any benefit in reducing the number of colds.

Because the studies used many different dosages and forms of zinc, the Cochrane reviewers said they weren't able to recommend a dose. But earlier studies have found that more is usually better. Alas, more zinc can cause unpleasant side effects, including nausea and bad taste, diarrhea, abdominal pain, and dry mouth.