Accessibility links
The Doctor Will Tweet You Now : Shots - Health News A look at doctors on Twitter found about half their tweets had something to do with health or medicine. About 3 percent of their tweets were found to be unprofessional, according to a new analysis. 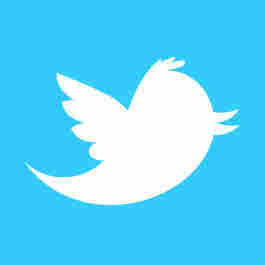 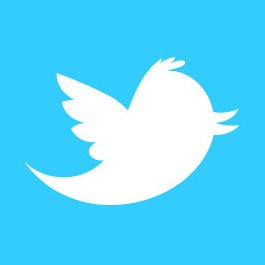 I'm pretty sure my internist isn't on Twitter. And I think it's better that way. I really do.

When I take a look at what some doctors tweet I get a little worried. Would they describe my visit, sometimes explicitly, in 140 characters?

Turns out I'm not the only one to wonder about this. In a letter published this week in JAMA, Dr. Katherine Chretien, a hospitalist at the Washington DC VA Medical Center, and some colleagues describe their look at what "self-identified physicians" were tweeting about.

What did they find in their analysis of 260 accounts that had at least 500 followers?

Well, about half the 5,156 tweets they looked at had something to do with health or medicine. Twelve percent of tweets were self-promotional, and 1 percent actually recommended some sort of medical product or service.

About 3 percent, or 154 tweets, were flagged "unprofessional." There were some very naughty words, potential violations of patients' privacy and even a few (four) "discriminatory statements."

By e-mail, I asked Chretien what to make of all this, since the JAMA letter is mostly a snapshot of what's going on.

She wrote back in a snap, and gave me permission to share some of her thoughts. First, she's not against doctors tweeting, saying:

I'm all for physicians using social media to effect positive change in public health, advocacy, health literacy, professional collaboration, etc (and have personally found it immensely helpful in getting information in my field — medical education), but very concerning is the potential patient privacy violations and conflicts of interest ("buy product A and cure fibromyalgia!") which clearly violate ethical codes and can hurt patients/the public.

Some of the tweets, she wrote in the e-mail, "reminded me of the snake oil salesmen of yesteryear."

The public, she wrote, should be on guard for conflicts of interest in tweets.

That can be tricky. For starters, if nobody on the Internet knows you're a dog, then can you really be sure someone who says they're a doctor on Twitter really is?

She suggest it's time to think about verifying Twitter accounts for doctors, as some already are for celebrities, politicians and even a few journalists. Besides giving the public more confidence in the tweets, it might also make medical tweeters more accountable.

And any doctors or medical students tweeting should take a look at the broad policy statement on social media by the American Medical Association's, Chretien suggests.

Now, what about those anonymous docs who tweet cryptically about their practices? No problems with those tweets, right? Her answer was that's not cool:

I would argue that it IS traceable to individuals and not okay. The cloak of anonymity is not wholly protective and as long as a patient or family member could read a tweet and identify themselves (due to details provided, diagnosis, time/date stamp of tweet), then that is a potential HIPAA violation, even if physician is anonymous

Now, you probably want to know if Chretien tweets, and she does @MotherinMed. And I learned from her feed that she's got a piece coming out soon in American Family Physician on whether doctors and patients should be Facebook friends. (Pretty sure that's a no-no.)

She's previously looked at social media gaffes by med students, including some stuff which got a few of them expelled.