Accessibility links
FDA Looks To Fees From Generic Drugmakers : Shots - Health News In an environment of increasingly tough budgets, the Food and Drug Administration is stepping up calls for the drug, medical device, and food industry to kick in some money. Right now, the agency is focusing on generic drug makers.

In Funding Hunt, FDA Looks To Fees From Generic Drugmakers

In Funding Hunt, FDA Looks To Fees From Generic Drugmakers 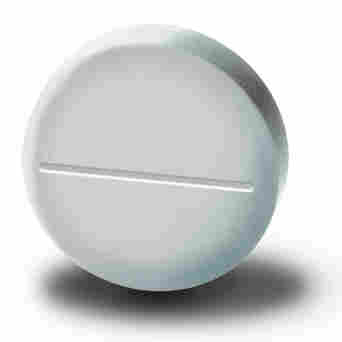 The Food and Drug Administration is looking for money anywhere it can these days. And it's increasingly asking the drug, device and food industries it regulates to kick in some cash in the form of user fees to make up for budget shortfalls.

Right now, the FDA's got its sights on the companies that make generic copies of brand-name drugs. Generics saved Medicare consumers about $8 billion in 2007 and the government billions more, says the Congressional Budget Office.

"We are at something of a tipping point," FDA Commissioner Margaret Hamburg told generic drug industry leaders at the Generic Pharmaceutical Association conference today in Orlando, Fla.

That's because several high profile brand-name drugs are set to come off patent in the next few years, clearing the way for generic competition. That includes Pfizer's blockbuster Lipitor, which it seems just about every man over 40 in this country is taking to lower his cholesterol.

And, the industry is facing a backlog of thousands generic drug applications, with more streaming in every month.

The FDA fears it won't be able to approve generic drug applications as quickly as when the patents expire, not to mention conduct inspections and develop streamlined standards, given its current budget limitations.

That fear seems to be striking a chord with generic drug company execs, who for the first time in years, say they're open to user fees.

"We must be able to move when those drugs come off patent," Mylan President Heather Bresch tells the Wall Street Journal.

Generic drugs now make up nearly three-quarters of U.S. prescriptions, and the number is expected to grow as insurance companies push them to keep medical costs down.

And generic drugmakers are the last major medical product industry that doesn't have an FDA user fee model, Hamburg pointed out at the meeting.

"The bottom line is that a user fee program will provide additional resources to help FDA fulfill our common mission to ensure safety and quality and inspire the trust and confidence of the public," Hamburg said.

Just how a generic drug user fee will take shape is the next big question.