Accessibility links
Obama To Governors: Opt Out of Health Law If You Can Do Better : Shots - Health News President Obama offered governors a smaller concession to health spending flexibility than they expected by endorsing a bipartisan proposal to allow states to opt out of most of last year's health law's requirements.

President Obama is moving to quell a rebellion among the ranks of the nation's governors, who want more of a say in how billions of dollars in shared health care dollars are spent. 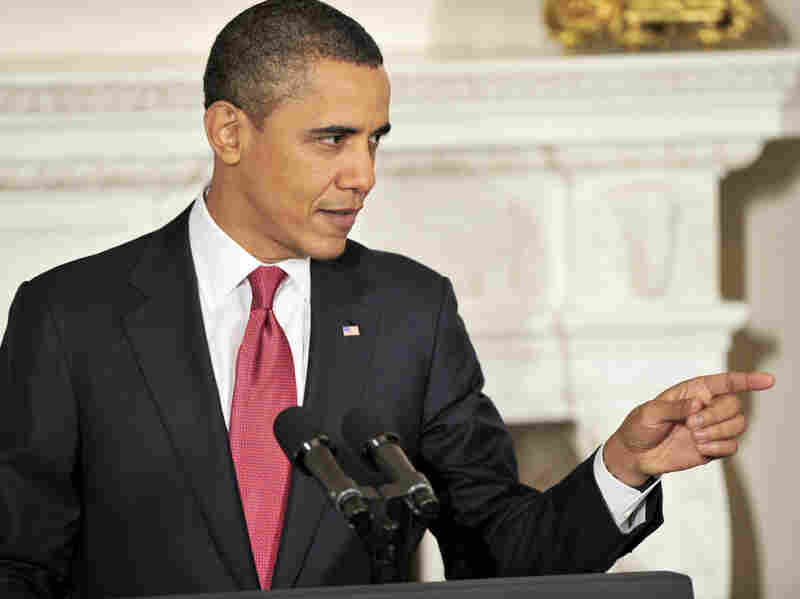 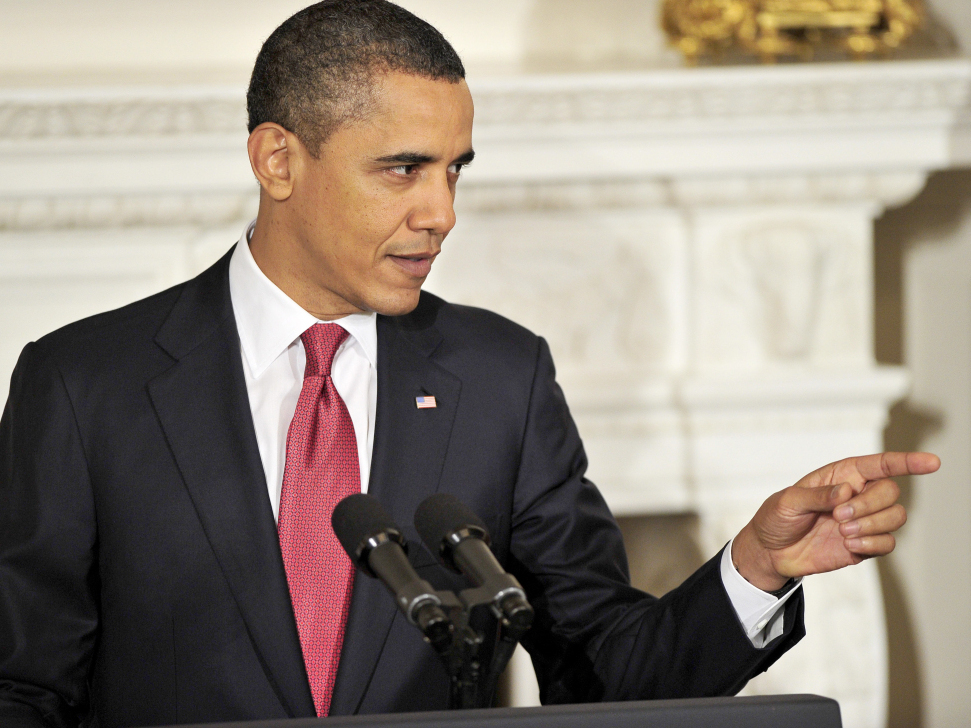 U.S. President Barack Obama hosts a meeting with a bipartisan group of governors in the White House Monday.

At a working session Sunday, several governors called for turning the joint federal-state Medicaid program into a system of "block grants," where they would be able take federal dollars and spend them as they see fit.

That's something long pushed by Republicans, and long opposed by Democrats.

Instead, however, at the governor's annual visit to the White House Monday, President Obama offered a much smaller concession to health spending flexibility: Endorsement of a bipartisan proposal to allow states to opt out of most of last year's health law's requirements sooner than was originally envisioned when the law was passed.

"Beginning in 2017, if you can come up with a better system for your state to provide coverage of the same quality and affordability as the Affordable Care Act, you can take that route instead," Obama told the governors.

And Obama said he supported moving that date up to 2014, as proposed by Sens. Ron Wyden, D-Ore., and Scott Brown, R-Mass., to "give [governors] flexibility more quickly, while still guaranteeing the American people reform."

A lot of people have called this the "calling their bluff" proposal. And Sen. Wyden, who's been shopping the bill around to both Democratic and Republican governors, doesn't completely disagree.

"You've got a lot of states where Republican governors, Republican legislatures, are clearly going to have their ideas about health reform," Wyden said in an interview. "As long as they meet the coverage requirements in the bill, they can do it. And progressive folks are gonna try the same kinds of approaches."

In fact, noted Wyden, Vermont Gov. Peter Shumlin is pushing for the idea of having a "single payer" system rather than requiring everyone to have private health insurance.

"He says very nice things and he says them very nicely," said Gov. Chris Christie, R-N.J. "But in the end I have a job to do, and what I'd like is to have the flexibility to exercise the authority that the people of New Jersey gave me in November of 2009."

Meanwhile, Kansas Republican Gov. Sam Brownback, echoing the concerns of many governors, says what he really wants isn't more flexibility when it comes to the health care law, but for Medicaid.

"Medicaid is creating a huge hole in my budget and we had to take money from all other places in state government to fill the Medicaid hole," Brownback said.

On Tuesday several governors will testify before the House Energy and Commerce Committee on the impact of the new health law on Medicaid and state budgets. It's a hearing that's expected pour more fuel on the fire of the ongoing health wars.