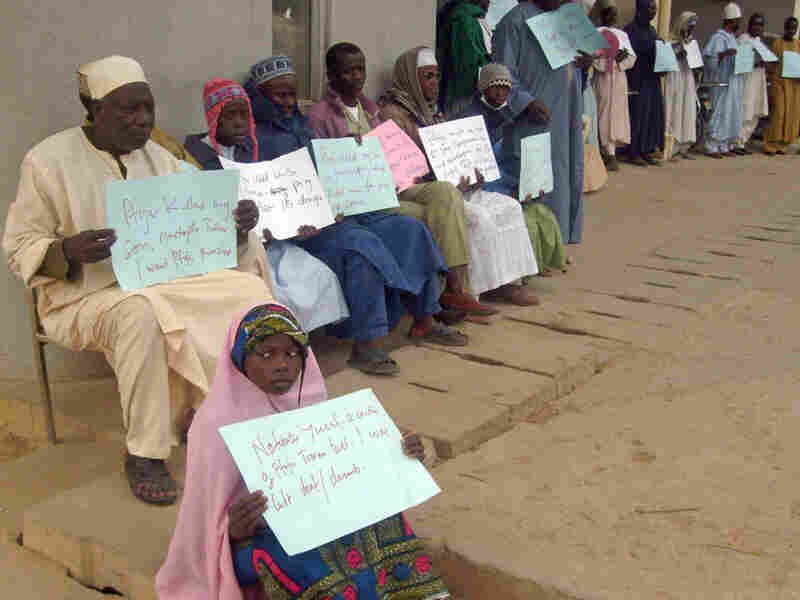 Parents and their deaf and dumb children hold placards outside a courthouse in Kano, Nigeria, in January 2008. They were waiting for the start of proceedings against Pfizer, which carried out a controversial drug trial in the country. Pius Utomi Ekpei/AFP/Getty Images hide caption 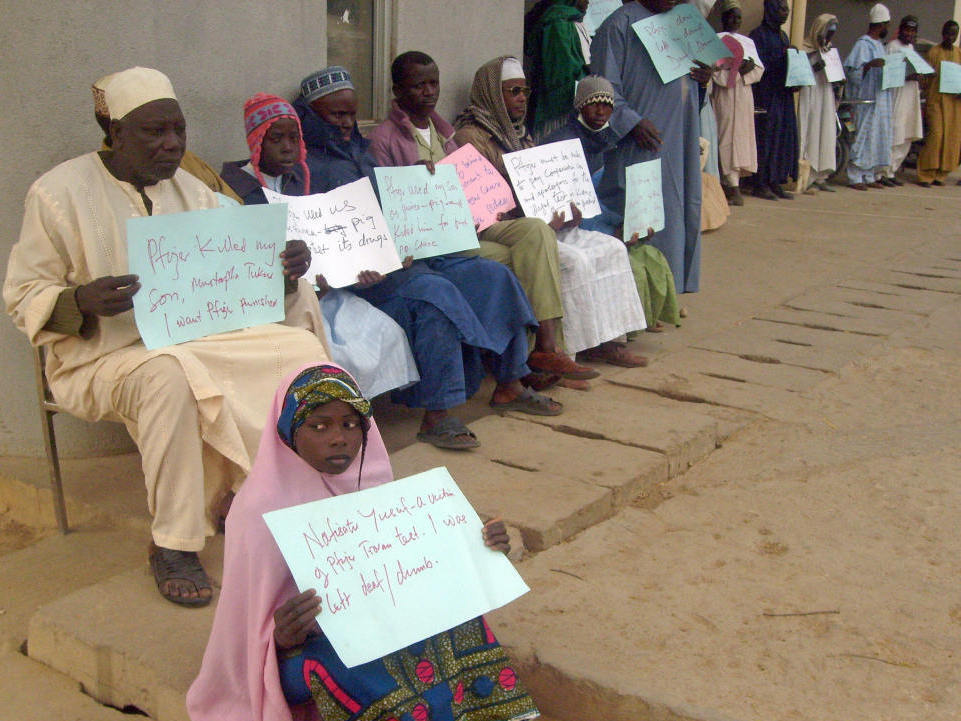 Parents and their deaf and dumb children hold placards outside a courthouse in Kano, Nigeria, in January 2008. They were waiting for the start of proceedings against Pfizer, which carried out a controversial drug trial in the country.

The Presidential Commission for the Study of Bioethical Issues is hard at work digging up documents in the National Archives about the now infamous experiments by American researchers deliberately infecting Guatemalans with syphilis, commission members said Tuesday at a meeting in Washington.

The study was uncovered in October by Wellesley College historian Susan Reverby, who was interviewed by NPR's Robert Siegel.

But even though bioethicists agree that studies causing that much harm to participants would be very unlikely today, they are nonetheless concerned with new ethical questions stemming from moving huge numbers of U.S.-sponsored clinical trials overseas to developing countries.

A report by the Department of Health and Human Services' Office of the Inspector General last year said that between 40 percent and 65 percent of clinical trials of products regulated by the Food and Drug Administration are now conducted abroad. Only 0.7 percent of overseas study sites get audited by the agency, compared with 1.9 percent for domestic sites.

And as John Arras, a bioethics professor at the University of Virginia, told the commission this week, sizable chunks of the U.S. Centers for Disease Control and Prevention the National Institute of Health's budgets also go to research conducted overseas.

Big pharmaceutical companies are also increasingly offshoring their research to cut costs. The former CEO of GlaxoSmithKline told the Harvard Business Review in 2008 that if a company with 60,000 patients in clinical trials moved 50 percent of its trials to low-cost countries, it would save $600 million a year.

"A lot of the research largely done by pharmaceutical companies has been offshored with the specific intention of doing research in a more financially congenial environment," said Arras.

But Califf said this trend didn't sit so well with him:

One of the things that bothers me most right now is offshoring of NIH-funded research that is intended to inform Americans about American clinical practice being done [elsewhere] simply because in the U.S. it's too expensive and takes too long to get the answers.

Why is offshoring so troubling? For one, it's a symptom that something is pretty wrong with the American system. It can also create friction in developing countries. For example, trials can go wrong when patients are paid too much to participate in risky or inappropriate research.

"That's where you begin to get into trouble," said Califf. "It may be...a study which is not optimal for the cultural norms of that neighborhood or environment."

Sometimes researchers struggle to get informed consent in communities with completely different cultures. Eric Meslin, a bioethicist at Indiana University, cited an example of a study in Kenya where his colleagues were told that women shouldn't be allowed to give informed consent without the prior approval of the male head of household.

Just last month, for instance, Pfizer agreed to settle longstanding litigation over its conduct of a Nigerian clinical trial of the antibiotic Trovan as a treatment for meningitis back in 1996. The cases concerned the adequacy of informed consent.