Accessibility links
The Naked Truth About The Chip Aisle : Shots - Health News Comparing all the salt, fat, and calorie information of chips can leave you standing in the grocery aisle, scratching your head. A new survey helps make sense of the nutritional madness.

The Naked Truth About The Chip Aisle

The Naked Truth About The Chip Aisle

Quick, which has more fat: those fancy Terra Krinkle Cut Sweet Potato chips or good old curved Pringles in a can? You might guess Pringles, but you'd be wrong. They have 9 grams, while the premium orange chips have 11 grams. And the distinction could be useful if you're on the hunt for a healthier chip. 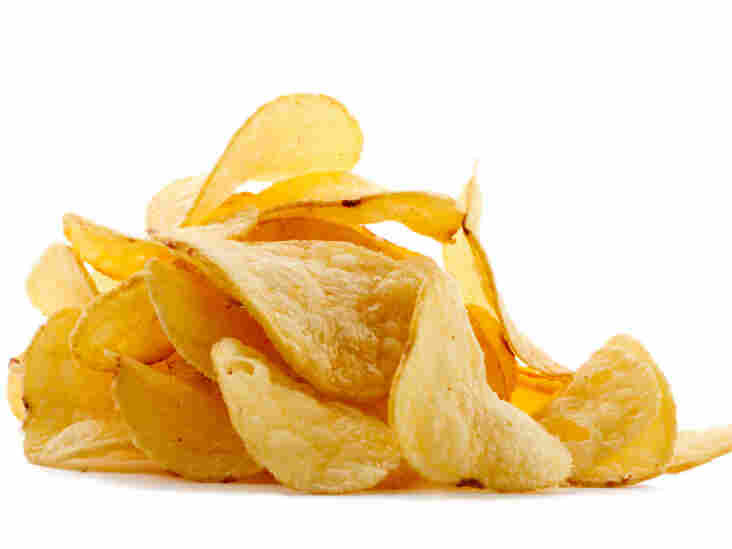 A dietician says chip portion size is more important than what's in them. iStockphoto.com hide caption 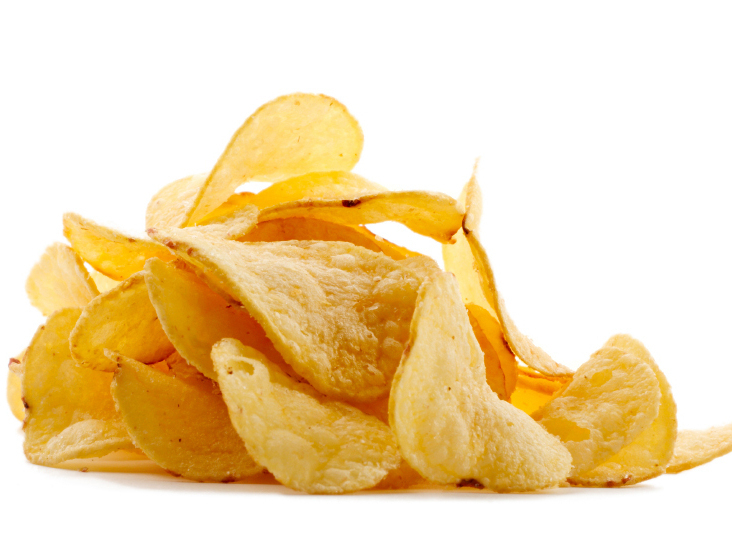 A dietician says chip portion size is more important than what's in them.

But comparing all the salt, fat, and calorie information on the fly can leave you standing in the grocery aisle, scratching your head.

Enter HealthCastle.com, a nutrition web site run by dieticians. It has ventured deep into the world of chips with a handy review of 40 top brands. It lets you compare chips side-by-side for fat, sodium, fiber and sugar content.

The brains behind the survey is Gloria Tsang, a dietitian and founder of the website. Tsang doesn't care much for potato chips herself, but she tells Shots that her husband's salty tooth galvanized her to dissect chip claims.

Given the diversity of chip ingredients these days, Tsang included the standard potato chips, plus corn-based crisps, soy, rice, and bean chips.

Now, we know that chips are not exactly a superfood: They're made up mostly of carbohydrates and oil that together deliver a craveable combination of salt and fat to your tongue.

But if you're trying for a healthier chip, should you look at baked chips instead of fried? It depends. Tsang says baked chips have significantly less fat than fried chips, but they only save about 30 calories per ounce.

Then there's the high fiber claims. Don't count on multigrain chips for a fiber boost, Tsang says. Healthy folks need anywhere from 21-38 grams a day. Chips made from pinto beans and flax seeds (Beanitos brand) have 5 grams of fiber, while products like Tostito's multigrain chips only have 2 grams per serving.

Chips are also, not surprisingly, often very high in sodium. One brand, called Popchips, which trades on its technique of airpopping instead of frying, serves up a whopping 290 mg of sodium per serving. Meanwhile, Lays Lightly Salted potato chips still have 90 mg of sodium, while other brands like Beanitos get down to 55mg.

But the main challenge with chips - whichever ones you choose - is in stopping yourself from eating the whole bag.

"The first thing to do is try to have smaller portions," Tsang says. "We don't pay attention to what we're doing when we're eating chips and we easily overeat."

Tsang has a point. When was the last time you ate only 8 or 9 chips at a time, which equals the 1 ounce portion size clearly marked on the bag?