Accessibility links
Feel The Burn: Video Games Get Put To Exercise Test : Shots - Health News Video games that require physical activity can be downright strenuous. Some, including Dance Dance Revolution, can be better exercise than walking on a treadmill, a new study finds.

Feel The Burn: Video Games Get Put To Exercise Test

Feel The Burn: Video Games Get Put To Exercise Test 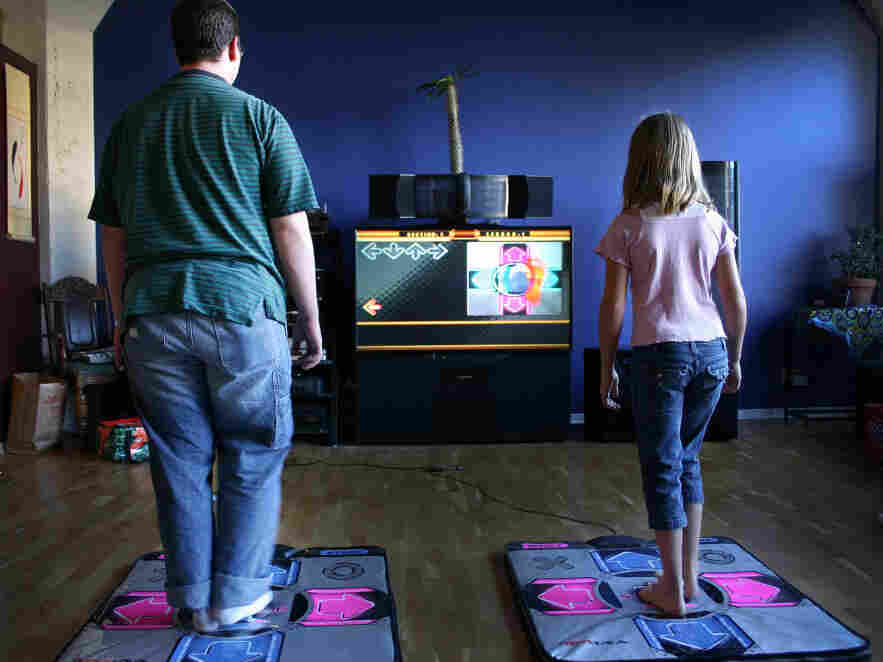 Dancing up a video storm can burn up a lot of calories. Bo Jayatilaka/Flickr hide caption 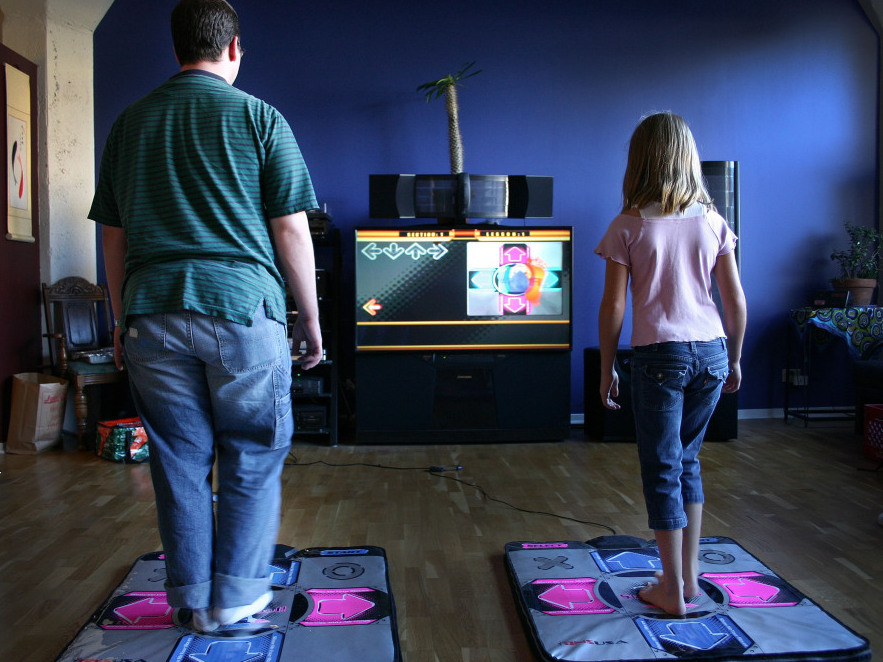 Dancing up a video storm can burn up a lot of calories.

Parents who fear that video games are turning their children into tubs of lard can now say with confidence that playing Dance Dance Revolution burns more calories than sitting on the couch.

In fact, active video games like Dance Dance Revolution give kids a better workout than walking on a treadmill at 3 mph, according to new study in the Archives of Pediatrics and Adolescent Medicine. And even the overweight kids say they liked playing the games.

However, a 3 mph walk is pretty darned leisurely, and the children who played Wii Boxing didn't manage to get their metabolic rate above their walking rate. Dance Dance Revolution bested Nintendo Wii Boxing when 39 children ages 9 to 13 were dancing to the rock chestnut "Thirteen."

Earlier studies have evaluated home video games as exercise options, but this study also looked at commercial video games like Sportwall, in which students interact with wall panels equipped with motion senors, that are becoming increasingly popular for school phys ed classes.

Three commercial games were among the four that burned the most energy — SportWall; Trazer, a laser-tag-like game; and LightSpace Bug Invasion, in which players stop lighted bugs on a mat.

One game designed for home use beat them all: Xavix J-Mat, which has players run and jump as if dodging bad guys in an alley. However, the Xavix game was also the least popular with the test kids, perhaps because they had to hustle: they were exercising at the equivalent of running a 10-minute mile.

"I still think there's value to being physically outside, and playing," Bruce Bailey, an assistant professor of exercise science at Brigham Young University who led the study, told Shots. But, he added: "You could see this as a tool for helping kids be physically active in a way they enjoy."

His own son, who was six at the time of the study, liked the Xavix and LightSpace games. "He loved going with me to work," Bailey adds.

The Bailey family has a Wii at home. But the family has a simple rule that makes even classic couch potato video games burn more energy: no playing unless you're standing up.