Accessibility links
Big Medicare Spenders May Have Good Reasons : Shots - Health News When the severity of patient sickness and special local expenses are taken into account, some areas marked by big Medicare outlays flip from profligate to average or even frugal, according to the calculations from the federal Centers for Medicare & Medicaid Services. 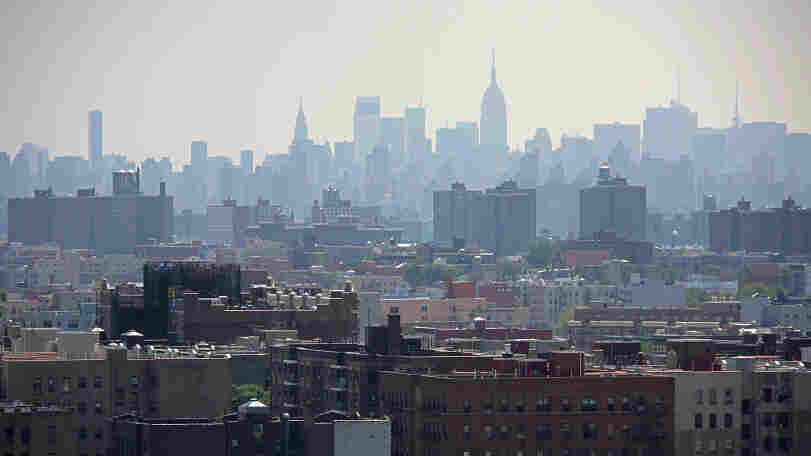 A view from the Bronx toward Manhattan. Axel Drainville/Flickr hide caption 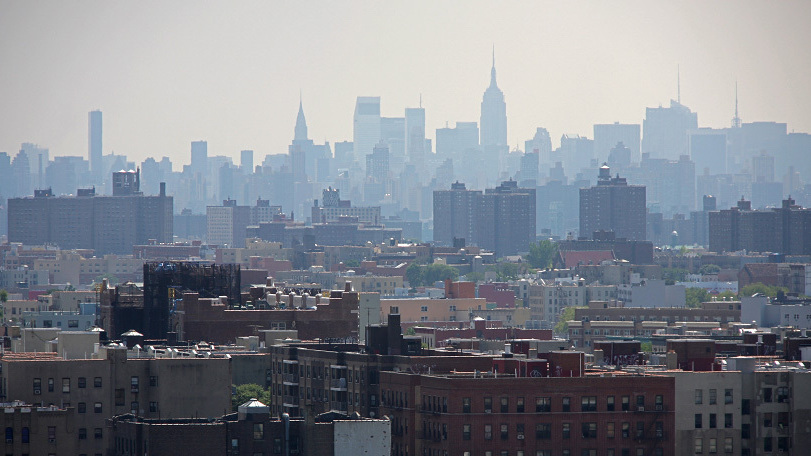 A view from the Bronx toward Manhattan.

When it comes to Medicare, the Bronx, Contra Costa, Calif., and McAllen, Texas, have gotten the gimlet eye because doctors and hospitals there spend more Medicare money per beneficiary than elsewhere.

One of the primary suspicions has been that providers of health care in these areas perform too many tests and procedures to make extra money.

But a new government analysis clouds the clear line between high- and low-spending regions. When the severity of patient sickness and special local expenses are taken into account, some of these areas flip from profligate to average or even frugal, according to the calculations from the federal Centers for Medicare & Medicaid Services.

In Mesa, Ariz., spending was 5 percent below average. But the average Mesa Medicare patient was slightly younger and suffering from less serious ailments than the national average. After all the adjustments, average Medicare spending in Mesa became $8,370, which put it 12 percent above average.

The new data give ammunition to defenders of some high-cost areas even as it confirms the existence of significant variations in Medicare spending levels across the country—something that researchers at the Dartmouth Atlas of Health Care have been documenting for decades. Altogether in the CMS analysis, 87 of the country's 306 hospital markets switched from higher than average to lower than average spenders or the other way around after patient health and geographic cost factors were considered.

The CMS analysis may provide new fodder for an ongoing debate in Congress and health policy circles about altering Medicare payments to reward places that provide good medical care at a reasonable cost. The data were requested by the Institute of Medicine, which is examining geographic variation in health care spending.

"If you look at the data, you're going to see that high cost areas have sicker patients," says James Reschovsky, a senior researcher at the Center for Studying Health System Change, a Washington think tank.

Even after CMS adjusted for these factors, however, there remained a significant spread in spending among different regions. In 2008, Medicare spent $9,468 for the average beneficiary in Monroe, La., but only $4,959 in Honolulu. McAllen remained a super spender at $9,370.

In CMS' calculations, the national average spending per Medicare beneficiary was $7,500 after the special payments were removed and the nature of patient sicknesses taken into account.

Harvard's Michael Chernew, a health policy professor who has studied geographic variation in health care spending, warns there's a danger if the discussion is dominated by arguments about which regions are truly high spending.

"In health care, we could improve our system if we knew the best and worst ways of practicing" medicine, Chernew says. "The real contribution" of the research, he says, "is to illustrate that there's not one unique practice pattern that's being followed all across the country."