Why Iodine Tablets Come Out When Radiation Threatens

Why Iodine Tablets Come Out When Radiation Threatens 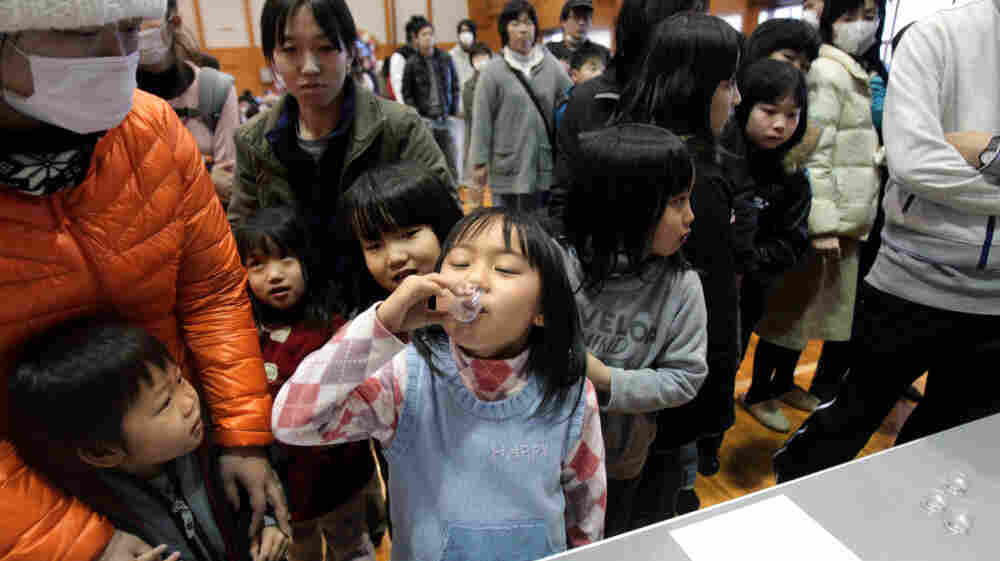 Children in Kawamata, Japan, take potassium iodide on Monday to protect against thyroid cancer after being evacuated from the vicinity of the Fukushima Daiichi Nuclear Power Plant. Asahi Shimbun via Getty Images hide caption 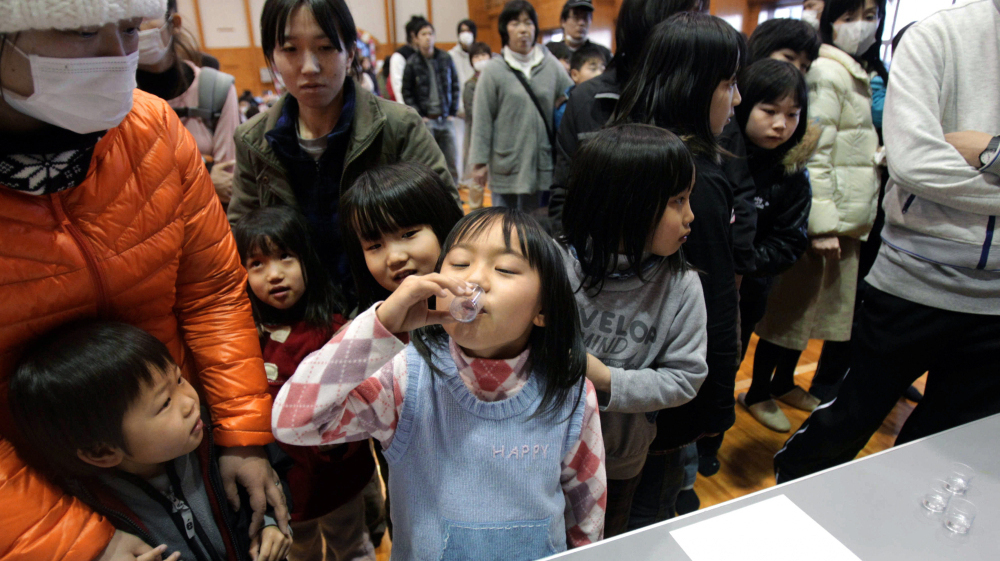 Children in Kawamata, Japan, take potassium iodide on Monday to protect against thyroid cancer after being evacuated from the vicinity of the Fukushima Daiichi Nuclear Power Plant.

Just in case, Japan has distributed a whole bunch of potassium iodide to evacuation centers near the troubled Fukushima Daiichi and Fukushima Daini nuclear power plants.

The International Atomic Energy Agency said in a statement that 230,000 units (the stuff comes in tablets and as a liquid) are at the ready.

Why is that important? Well, one of the substances that can be released in a nuclear accident is radioactive iodine (I-131, if you're interested in the details). And some radioactive iodine has already been detected by Japanese authorities.

You need a little bit of iodine so the thyroid gland in your neck can make hormones to regulate your metabolism. But your body can't tell the difference between the normal iodine found in salt or seafood and the radioactive variety from a wayward nuclear power station.

So the thyroid, which concentrates iodine, can get a hefty dose of radiation from I-131 that makes it into the food supply after a nuclear incident. The radiation can hike the risk for subsequent thyroid cancer.

"Iodine is the building block for thyroid hormone," Nestor Rigual, a head and neck surgeon at Roswell Park Cancer Institute explains to Shots. "The thyroid tissue has a very specific and strong affinity for absorbing iodine." Potassium tablets can saturate the gland and crowd out the radioactive iodine in a chemcial competition, he says. "In that way, the radioactive iodine doesn't have as high a chance of damaging the gland."

Iodine tablets can prevent the absorption of radioactive iodine for up to 24 hours, according to the Centers for Disease Control and Prevention. The amount of iodine you can get from iodized salt or your regular diet isn't enough to protect you.

Young children and fetuses are most vulnerable to radioactive iodine, the CDC says. Older people aren't at as much risk, and CDC says people older than 40 shouldn't take preventive iodine supplements "unless a very large dose of radioactive iodine is expected" and public health officials recommend it.

Roswell Park's Dr. Rigual says even relatively modest doses of radiation can increase the risk that a person will develop thyroid cancer at some point in life. There's a delay between exposure and cancer that can run 10 to 20 years, he says.

The supplemental iodine isn't a complete guarantee of protection. A lag in taking the pills after exposure can reduce the supplement's effectiveness, for instance. Also, the iodine pills only offer work against radioactive iodine — not other radioactive elements, such as cesium, which has also been detected.

And some people allergic to iodine or with certain skin conditions may not be able to tolerate the supplements, the CDC says.

Separately, ProPublica revisits the Bush administration's controversial decision in 2008 to scrap plans to distribute potassium iodide to people in a zone extending between 10 and 20 miles from the site of a nuclear incident. A White Memo says there are more effective responses, including evacuation, for people that far out. The government policy, according to the memo, would still support the use of the potassium pills in an emergency zone within 10 miles of radioactive trouble.