Accessibility links
Heavy Smoking Is Fast Becoming History : Shots - Health News Heavy smoking and even moderate smoking has decreased in states from coast to coast since the 1960s. California has led the way. 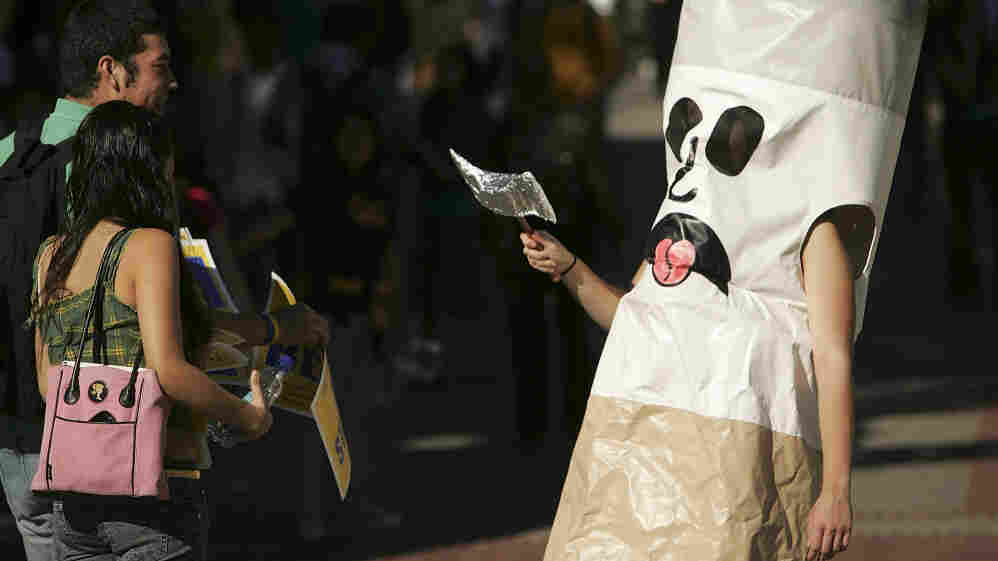 A person dressed as a cigarette encourages students at the University of California, Berkeley to quit smoking back in 2005. Justin Sullivan/Getty Images hide caption 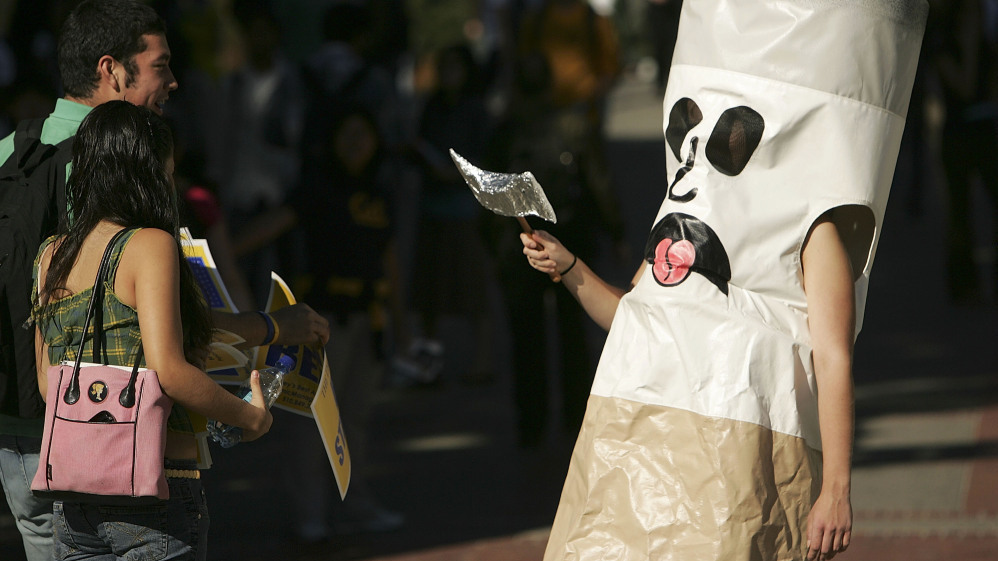 A person dressed as a cigarette encourages students at the University of California, Berkeley to quit smoking back in 2005.

If you smoked back in the early days, there's a good chance you smoked a pack a day. That's 20 cigarettes, for you nonsmokers.

Lots of people smoked more, but it seems like everyone who smoked was in for at least a pack. I even remember people talking about how so-and-so smoked three or four packs a day. Not sure when they had time to do much else.

Of course, with smoking like that, lung cancer and heart disease related deaths soared accordingly.

Then came the Surgeon's General report in 1964 that documented, for the first time, the toxic effects of tobacco and the devastating health consequences of smoking. Since then, there's been a steady decline in smoking nationwide.

And a new analysis shows that in California, the decline has been faster and more significant. Researchers attribute that to public health initiatives to curtail the deadly habit. The results appear in the latest issue of JAMA.

California was the first state to aggressively tax cigarettes (starting in 1968), and the price for a pack of cigarettes in California remains higher than the national average.

California was also the first state to introduce ongoing, well-funded tobacco control programs which included the establishment of smoke-free zones in public places, restaurants and even bars. Researchers say support for smoke- free environments in other states across the country has consistently lagged behind California.

Lead author of the JAMA paper, John Pierce, a professor at the UCSD School of Medicine, tells Shots he doubts the young people of today will ever reach the smoking levels of their elder counterparts. "Our research indicates that fewer than 10 percent of young Californians and fewer than 20 percent of young residents in the rest of the nation will ever reach even half a pack per day and lung cancer rates should continue to drop at a faster rate in California over the next 15 years," Pierce adds.

But we can't breathe easy just yet. Other research has shown that the decline in smoking overall — not just heavy smoking --has stalled in recent years.