Accessibility links
Iodized Salt Is No Antidote For Radiation : Shots - Health News A person would have to consume more than 3 pounds of iodized salt to obtain the amount of iodine in a single tablet of potassium iodide for use in a radiation emergency.

Iodized Salt Is No Antidote For Radiation

Iodized Salt Is No Antidote For Radiation 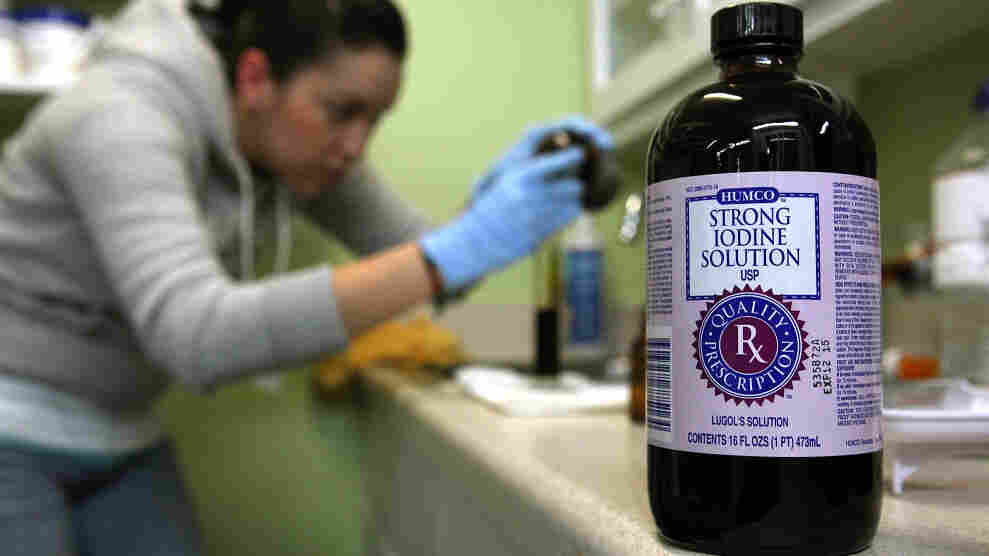 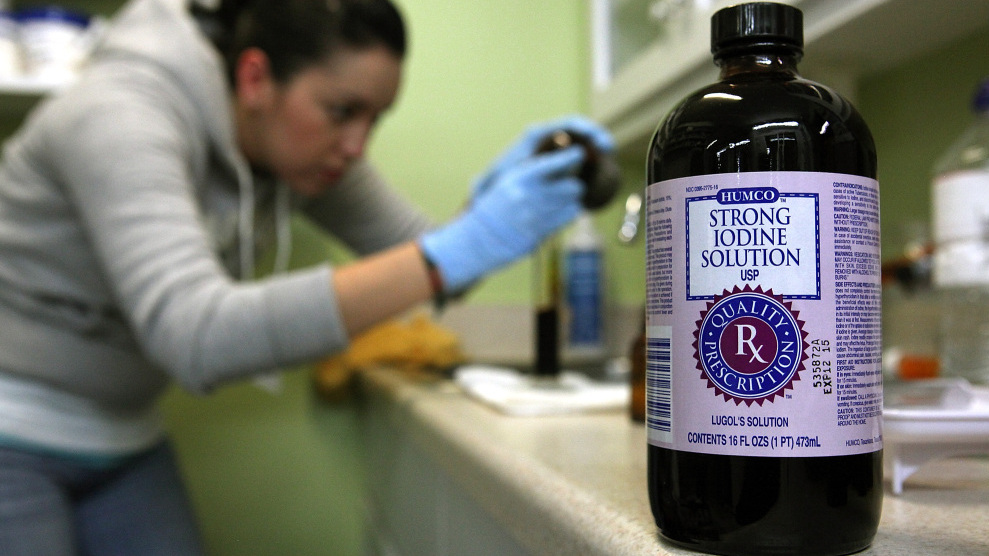 The Salt Institute, trade group for all things salty, has a simple message for you:

Iodized table salt should not be used as protection against radioactive fallout.

As the nuclear situation in Japan deteriorates, some people on the West Coast are in a frenzy hunting for scarce potassium iodide tablets and liquid preparations of stuff, which can protect the vulnerable thyroid gland from radioactive iodine. The website for Anbex, a big supplier of the tablets, says it's completely out of them and doesn't expect any more for a month.

So with those pills and iodine liquid pretty much impossible to find, some folks, the Salt Institute says, have been wondering if table salt might fill in. No dice.

Even when advising the public to skip the stuff for protection against thyroid cancer, the institute can't resist a health plug for iodized table salt, saying it "provides a myriad of critical health benefits for children and adults." Small amounts of iodine — about 75 micrograms per gram of salt — are added to the iodized variety of salt in the U.S. to prevent thyroid trouble.

But you'd have to consume 3 1/2 pounds of iodized salt to obtain the 130 milligrams of iodine that's contained in a single tablet of potassium iodide for use in a radiation emergency, according to the Salt Institute.

You don't have to be a health expert to know that consuming that much salt in a sitting isn't healthy. I'm not sure it's even possible!

Now, the bigger question is why anyone in this country, even on the West Coast, would want to hoard iodine tablets anyway.

Earlier this week, Dr. Richard Zane, a disaster preparedness expert, told our friends at WBUR's CommonHealth that the likelihood anyone in this country would need to take the pills because of what's happening in Japan is "remarkably low."

How low? Nuclear Regulatory Commission Chairman Greg Jazcko, who's been pretty glum about the situation at the Fukushima Daiichi complex, said, "You just aren't going to have any radiological material that, by the time it traveled those large distances, could present any risk to the American public."

If you feel the need to go out and buy potassium iodide, you're probably wrong, and you're more likely to take it and not need it, and have a side effect of taking it when you don't need it, than to actually need it.