Accessibility links
Radiation By The Numbers: Isotopes To Watch : Shots - Health News The material used to produce nuclear power and its byproducts are key sources of radiation. Some types are more important than others.

Radiation By The Numbers: Isotopes To Watch

Radiation By The Numbers: Isotopes To Watch 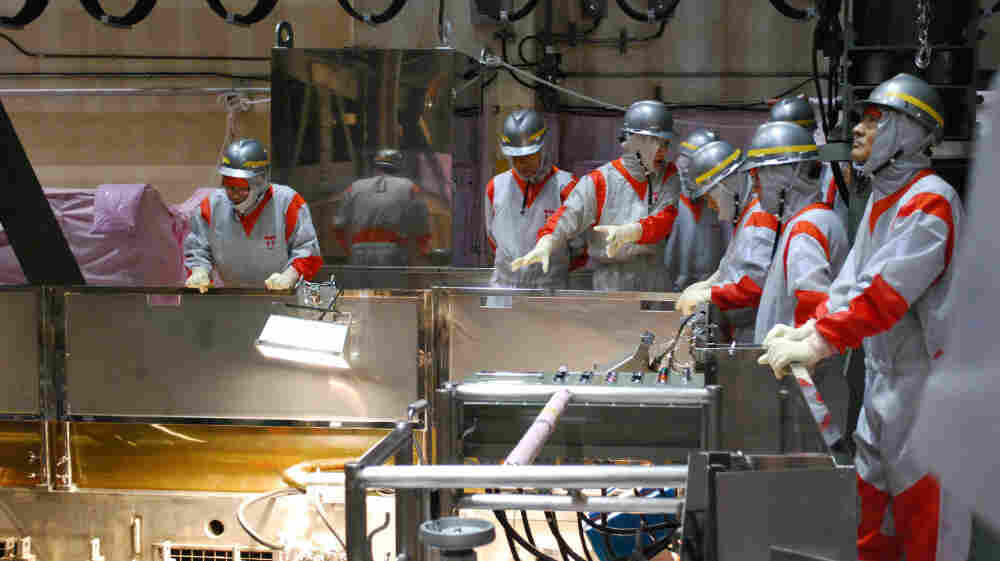 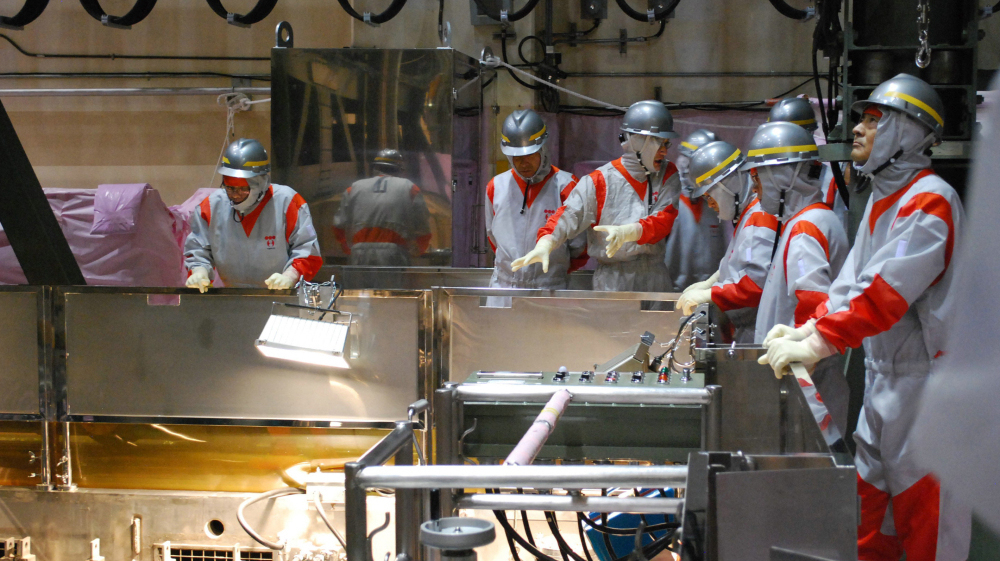 Government officials watch operations at a fuel storage pool inside the Fukushima No.1 plant's third reactor building last August, long before the earthquake that crippled the facility.

As the troubling situation at the Fukushima Daiichi nuclear power facility in Japan drags on, there's concern about the spread of radioactive material if containment systems fail.

Radioactive iodine and cesium have already been detected in very small amounts in the environment. And authorities in Japan have distributed potassium iodide tablets, which can help protect people from radioactive iodine, to evacuation centers in case of fallout.

Damage is suspected to the containment vessels at two of the reactors. And overheating is suspected at some of the pools where spent fuel is kept. Two fires have broken out near the pool at the No. 4 reactor in the complex.

Radiation readings around the facility and at its border have fluctuated. Power plant workers, who are at the most risk, have had to take cover when the radiation levels spike. Radiation levels detected outside the facility haven't been dangerous, but authorities have told people who live between 20 and 30 kilometers from the Fukushima Daiichi facility to stay indoors.

Dale Klein, former chairman of the Nuclear Regulatory Commission and current associate director of Energy Institute at the University of Texas at Austin, talked with NPR's Jon Hamilton earlier this week about the potential for the widespread release of radiation, as happened at Chernobyl. "If you look at Chernobyl, they did not have a containment (system) and so once they had an accident they had massive releases of radioactive materials," Klein said. "In the case of Japan, as long as the containment and reactor vessel will remain intact, it's not likely they will have massive radiation releases. One should expect a little bit of radiation releases because it does appear they've had some fuel melting, but for the most part it's not nearly the same magnitude as Chernobyl."

Key sources of radiation are the materials used to produce power and their byproducts. Some types are more important than others. Here's a summary of some of the radioactive isotopes to watch for.